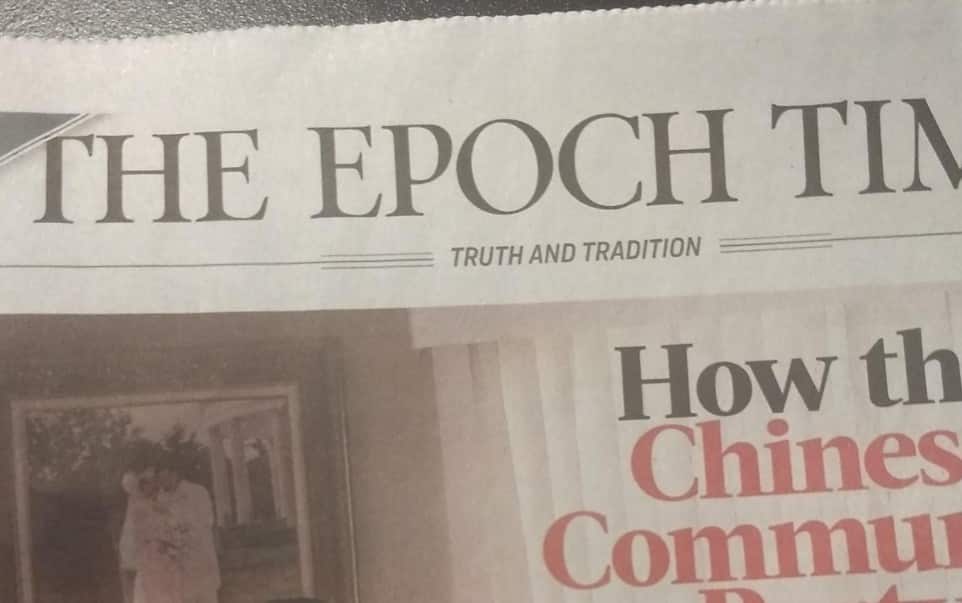 Fake news is facilitating the destructive power of Western imperialism, according to a new book, ‘What Is Iran?’ In an exclusive interview with RT, author Arshin Adib-Moghaddam explains how the process works in practice.

Academic Arshin Adib-Moghaddam, professor in global thought and comparative philosophies at SOAS University, London, is the author of over 60 papers and six books on contemporary culture and politics.

In his latest work ‘What is Iran?’ he sheds fresh light on the title’s ever-burning question, along with analysis of Tehran’s history, domestic politics, international relations, and more. Along the way, Arshin identifies what he dubs the “fake news machinery” that oils the wheels of Western imperialism, and sells wars of aggression and plunder to the public.

RT spoke with him to discuss the concept in detail.

RT: How do you define “fake news machinery”?

In our techno-society, technology acts as a great incubator and facilitator galvanizing the process of disinformation. Facebook, Twitter and soon Clubhouse are what the Volksempfanger radio was to Joseph Goebbels, the Nazi minister of propaganda. Some of the facts and the truths are drowned by an armada of well-connected activists whose aim is solely confrontational and aggressive – against peace, against diplomacy, against immigrants, homosexuals, Jews, intellectuals, Muslims and anyone else identified as the enemy.

As such, this system of irrationality churns out lies on a continuous basis. The ultimate aim is power, of course. But we are talking about a particularly vulgar and destructive kind of power which is inherently inhuman, violent, and abusive, physically and psychologically.

RT: How does this process work?

AA-M: Typically, a narrative is concocted in order to buttress a particular policy. It is then picked up by the various channels of the machinery.

This is how right-wing functionaries inscribe the narrative of war in international relations; via institutions, such as the so-called Foundation for Defense of Democracies; language, such as “America First;” mindsets, for example, “Why do they hate us?” and policies, for instance the doctrine of “pre-emption.”

Once a specific, right-wing project has bedded in, its supposed chivalry is loudly trumpeted, bundled up in a morally righteous and infallible narrative – in essence the legitimation of suppressive power – and stitched into the political fabric of world politics. It is in this sense that right-wing policy reveals itself as war – war continued by other means. The perverse irony of such ideology is, it makes some of us think it serves the liberation of mankind.

RT: What are some of the most egregious examples of fake news about the Middle East, and how does news media misreport the region more generally?

AA-M: Extremist politics, and I would count Trumpism as a part of this category, works with simple binaries as it reflects the uneducated and primitive mindset behind the right-wing world-view. Good versus evil, white against black, civilization opposing barbarism, and so on. The grey zones are denied, there is no complexity in the world of these people.

The so-called ‘Middle East’ comes in very handy in this dichotomization as the ultimate “other,” the black region full of Muslims that is ultimately unworthy of proper attention. Now the self-defeating irony of this type of world-view is that it leads to bad decisions. In the case of the neo-conservatives who gathered around George W. Bush, for instance, the process of myth making led to the disastrous wars in Iraq and Afghanistan, which gave impetus to the demise of US power in West Asia and North Africa and beyond.

The disastrous consequences of these wars should not come as a surprise. They were planned by decision-makers uneducated in the complexities and realities of West Asia and North Africa, and carried by embedded journalists who were equally uninterested in reporting the truth. They read flawed books and listened to the wrong advice.

The production of knowledge tends to be infected by ideological impurities. Policy-makers are ill-equipped to reach the less polluted areas of social sciences. Hence, they are more likely to become hostages to fortune and culprits in humanitarian disasters affecting the lives of millions, such as in Iraq and Afghanistan. These wars were the first in which the truth was not the first casualty. The conflicts were premised on a perfectly staged untruth that people believed in. The mainstream Western media was complicit in this.

Several studies have exposed how the Iraq war was built on two false premises, or some might say outright lies. First, the allegation that Saddam Hussein had Weapons of Mass Destruction capability, as outlined by the speech of Colin Powell at the United Nations in February 2003, and second, the mirage that Iraq and Al-Qaeda were linked which was convenient to turn Saddam Hussein into a culprit of the terrorist attacks on the United States on September 11, 2001. Taken together, these narrative strategies had the fundamental effect to signify the friend-enemy distinction between self and other – “You are either with us or against us,” as Bush put it.

RT: What purposes does this system of propaganda serve?

AA-M: It is probably the last stand of the ‘white man’. For me, this is not a racial designation, but a metaphor for hegemony and oppression, the reversal of the self-declared “white man’s burden” in Kipling’s infamous words. Let’s take the white supremacist movement that stormed the Capitol in Washington, DC, as they are typical. These movements see themselves engaged in a constant war for survival.

The horizontal war is fought against the near enemy – the liberals, the minorities, that is the emerging social strata with demographics on its side, which is slowly molding societies in their own image. This is the social war against multiculturalism, gender equality, queer rights, etc. Then there is an equally aggressive horizontal war meant to manage the new world order in favor of this white man’s image of the world. Here you have fascist leaders in Europe tied into white supremacist networks in the US, neo-Nazis in Ukraine and so on. This vertical war is global.

RT: What is the ‘antidote’? What can citizens do to get more accurate insight?

AA-M: Where there is power, there is resistance – this is a law of physics which applies to politics as well. In particular, this vulgar and rather primitive manifestation of right-wing power is resisted on a daily basis, in the lecture room by thousands of professors all over the world, by global movements such as Black Lives Matter, or the neo-feminist waves created by gutsy Chilean women and wider afield throughout South America, which has always been a harbinger and avantgarde of emancipative movements copied all over the world.

A lie has no legs, they say, even when you create a system to base it on. In the end, the truth prevails, so speaking truth to power therefore becomes an obligation. It really is the age-old battle between the good guys against the bad guys. History shows that the Hitlers and the Stalins of this world won’t prevail.

‘What is Iran?’ is published by Cambridge University Press.