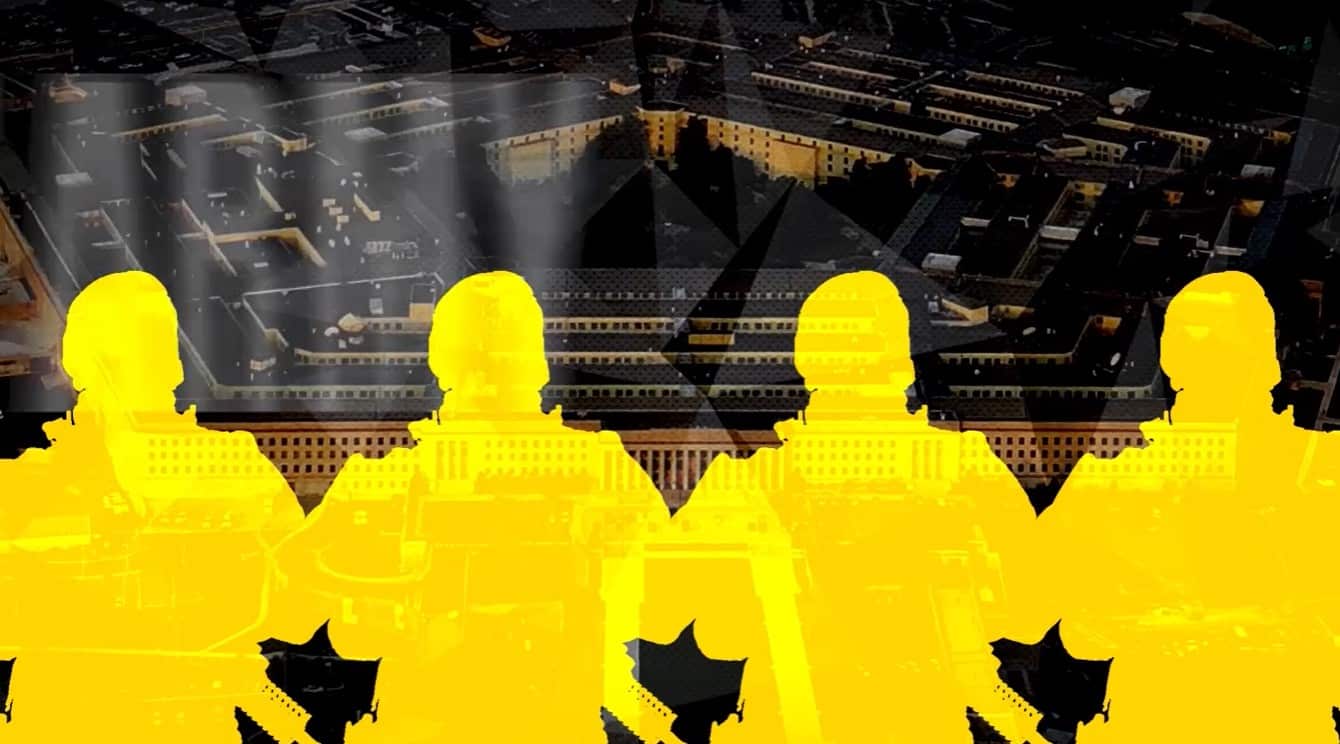 Newsweek: The largest undercover force the world has ever known is the one created by the Pentagon over the past decade. Some 60,000 people now belong to this secret army, many working under masked identities and in low profile, all part of a broad program called “signature reduction.”

The force, more than ten times the size of the clandestine elements of the CIA, carries out domestic and foreign assignments, both in military uniforms and under civilian cover, in real life and online, sometimes hiding in private businesses and consultancies, some of them household name companies.

The unprecedented shift has placed an ever greater number of soldiers, civilians, and contractors working under false identities, partly as a natural result in the growth of secret special forces but also as an intentional response to the challenges of traveling and operating in an increasingly transparent world.

The explosion of Pentagon cyber warfare, moreover, has led to thousands of spies who carry out their day-to-day work in various made-up personas, the very type of nefarious operations the United States decries when Russian and Chinese spies do the same.

Newsweek’s exclusive report on this secret world is the result of a two-year investigation involving the examination of over 600 resumes and 1,000 job postings, dozens of Freedom of Information Act requests, and scores of interviews with participants and defense decision-makers. What emerges is a window into not just a little-known sector of the American military, but also a completely unregulated practice.

No one knows the program’s total size, and the explosion of signature reduction has never been examined for its impact on military policies and culture. Congress has never held a hearing on the subject. And yet the military developing this gigantic clandestine force challenges U.S. laws, the Geneva Conventions, the code of military conduct and basic accountability.

SouthFront: The “largest undercover force the world has ever known” has been recently unveiled by a Newsweek investigation. This revealing of a secret Pentagon project was expected to stir the US domestic news pot.

Newsweek’s report was the result of a two-year investigation involving examination of over 600 resumes and 1,000 job postings and more.

The deep investigation revealed there are nearly 60,000 people belonging to an American military Secret Undercover Army working with “masked identities and in low profile”. They are part of a broader program called “signature reduction.”

This clandestine “army inside the Army” carries out both domestic and overseas tasks, operating as a military brand or under civilian covers. Their approaches are various: both on the ground and online with web-operations, often hiding in private businesses and consultancies.

The newest and fastest growing group in this army is online and never leaves its keyboards. These are cutting-edge cyber fighters and intelligence collectors who assume false personas online, employing “nonattribution” and “misattribution” techniques.

In general, such a practice has already become a tradition among the intelligence and military of the leading world states. These proxies enjoy the capabilities of using both the resources of state official bodies and also operating beyond the local laws.

They are not under official control of national legislative bodies, and are usually financed by funds raised from various “gray” area activities, such as oil smuggling, precious metals and stones trade, activities by close to government PMCs etc.

Obviously, this is very profitable, but impossible without strong ties to military leadership.

De facto, this project is under the control of a few dozens of US top generals and politicians. Governance of the structure is based on the netcentric principles.

However, even when such activities are covered by high-ranking bureaucracy, problems related to legality, national taxation and financial legislation arise.

It is said of such operations in the clandestine community that they are “tacit, illegal—and ineffective.” It reflects their true essence – getting an excess profit.

Such a subtle game requires a combination of specific skills that could be possessed only by joint teams of civilian lawyers, bankers, IT-specialists and managers, empowered by military professionals.

This is especially important for various cyber security or cyber-warfare operations, since hackers require high payments, and are usually not recruited through public channels.

Despite the fact that the story is nothing new, in the US, there are certain rules that are the result of the social contract between elite groups and the people. At the same time, there is an unspoken agreement within the elites on the inviolability of the main parameters of their military and security wings. Thus, this scandal, currently being blown out of proportion, may become a new “ArmyGate” or similar charade.