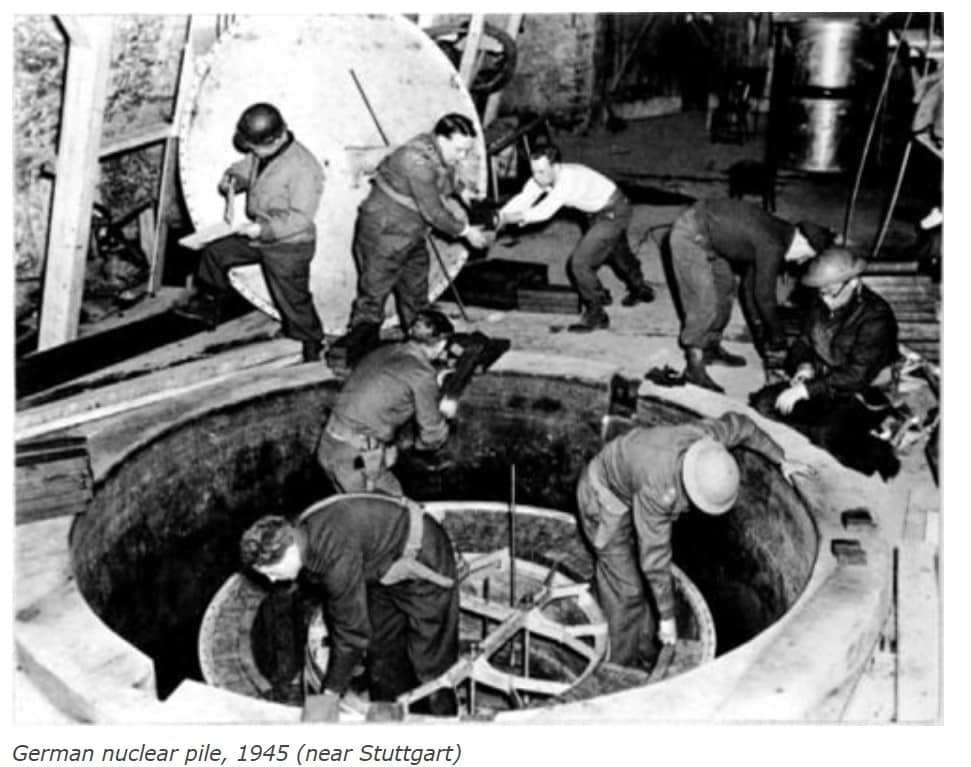 Please read pages 17-20 on the uranium procurement policy of the US and GB in 1944 and on the destruction of Germany’s uranium enrichment plant in Berlin in 1945. Proof positive of a German weapons program in WW2. Along with the captured U-235 on the sub at the end of the war.

Nuclear Memorandum of 1944 by gpduf

How to Build a Bomb by gpduf