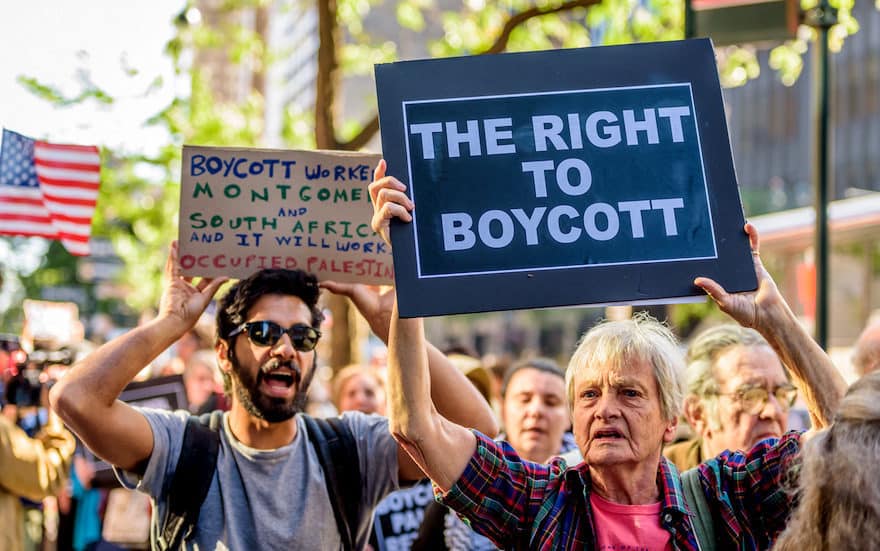 There is no doubt that Americans are now waking up from their dogmatic slumber. We are now living in an era where Israel is widely viewed as a menace to much of the world. Why? Is it because people are anti-Semite?

No. It is because the regime doesn’t care whether innocent people live or die, and diabolical figures like Benjamin Netanyahu want to drink the blood of innocent Palestinians in the Middle East. The Jerusalem Post has recently put out an article saying that “Antisemitism has reached the ‘influencers’ – Listen.” What is the gist of the article?

Well, phrases like “Israel is an inherently racist entity” are anti-Semitic![1] What we are seeing here is that the Jerusalem Post is telling us that the prevailing definition of the word anti-Semitism itself has no metaphysical foundation whatever. Things are actually changing, and attempting to silence people by throwing bombs like “anti-Semitism” is losing political power.

By Ali Harb in Washington

Most Americans and a significant majority of Democrats oppose unrestricted military aid to Israel if it continues to expand settlements in the occupied West Bank, a new poll shows.

The study, released by the Arab American Institute (AAI) on Thursday, underscored a clear partisan divide over Israel-Palestine, with Republicans showing more support for Israeli policies across multiple questions.

Fifty-one percent of overall respondents agreed with the statement: “The United States should not provide unrestricted financial and military assistance to the Israeli government if it continues to violate US policy on settlement expansion in the West Bank.”

That support rises to 62 percent amongst Democrats and 75 percent from respondents who identify ideologically as liberal.

The opposite statement: “The United States should always provide unrestricted financial and military assistance to the Israeli government,” polled at 28 percent overall and only had the support of a plurality, not a majority, of Republicans, with 42 percent.

The data is based on the answers of 1,011 people with a 3.1 percent margin of error. The poll, conducted on 20 May on the day a ceasefire was announced in Gaza, comes at a time when many progressive Democrats in Congress are questioning Washington’s unconditional support to Israel.

Last month, Congresswoman Betty McCollum introduced a bill that would ensure that US military assistance to Israel is not used to fund abuses against Palestinians, including the imprisonment of children and home demolitions. Washington provides $3.8bn in annual aid to Israel with no strings attached.

Earlier this month, Congress members, led by Alexandria Ocasio-Cortez, tried to block a $735m arms sale to Israel during its latest offensive on Gaza.

The poll showed that 52 percent of Democratic respondents agree with the lawmakers trying to hold the $735m sale, rather than President Joe Biden who approved it. A 43-percent plurality of all respondents also support efforts to block the deal.

One question on the poll asks: “Do you agree or disagree that Israelis and Palestinians are equal people entitled to equal rights?”

Even there, a discrepancy across different ideologies appears in the responses: 87 percent of liberal respondents said yes, but the number drops to 66 percent with conservatives. A solid 73-percent majority backs the statement overall.

The AAI study highlights an ongoing shift in public opinion towards Israel amongst Democrats. A Gallup poll in March showed that a majority of Democrats favour applying more US pressure on Israel to resolve the conflict.

Despite increased Democratic willingness to criticise Israel, Biden has continued his predecessors’ nearly unquestioning support for the Israeli government.

During Israel’s latest offensive, the US administration kept emphasising what it called “Israel’s right to defend itself” and blocked a statement from the UN Security Council calling for an immediate ceasefire.

US officials say Washington was focused on “quiet” diplomacy to end the fighting.

Meanwhile, Biden has categorically ruled out the possibility of conditioning American assistance to Israel, labelling the idea as “bizarre” in 2020 when he was still a candidate.

Even in Congress, progressives calling for using assistance to Israel as leverage to end Israeli violations against Palestinians remain a small – albeit vocal – minority within the Democratic caucus.

At the virtual discussion introducing the poll on Friday, Peter Beinart, a prominent editor and commentator who writes regularly about the conflict, underscored the “very large divide” between policymakers and average Americans.

Lara Friedman, president of the Foundation for Middle East Peace (FMEP), said she was “heartened” by the data, which shows that Americans understand the complexity of the issue and “the humanity of both sides”.

But she lamented that the shift in public opinion has not moved most politicians in Washington to pursue a balanced approach to Israel-Palestine.

Despite recent victories for progressive candidates like Jamaal Bowman and Bernie Sanders’ ability to outraise all of his opponents during the Democratic presidential primary last year, Friedman said, the perception that criticising Israel can be costly politically remains.