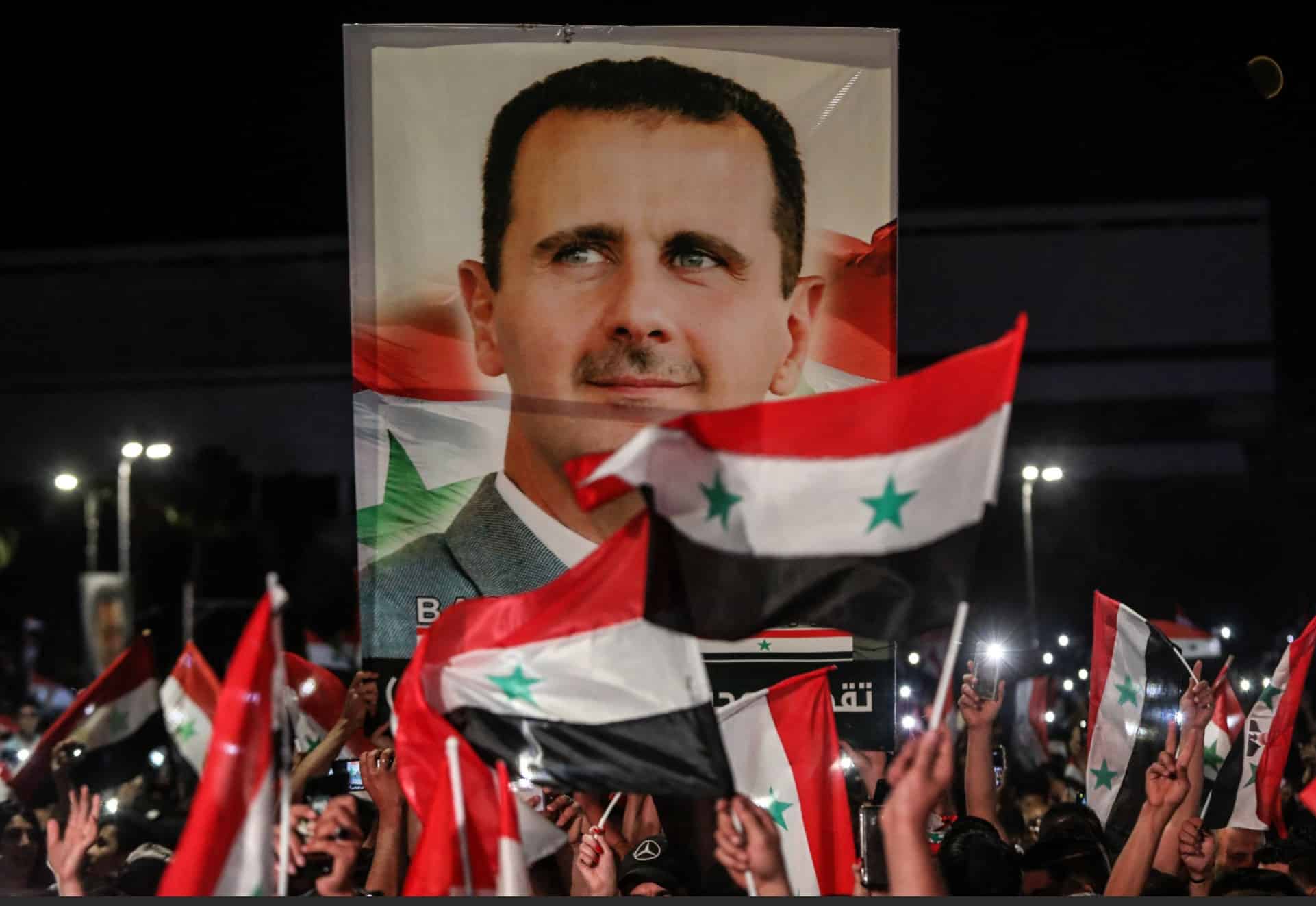 VT:  “Assad must go” but who is really gone?  Assad stays, triumphant, while Trump is gone, while leader after leader that called for his ouster are imprisoned, assassinated, thrown out of office or as with Trump and Netanyahu, await prison cells.

Simply put, Assad is the real deal, a democratic leader who has fought for years to keep decency alive in Syria while the Bolsheviks of Israel and Washington and their al Qaeda and ISIS Freemason brothers planned to turn Syria into a hellhole of suffering and slavery.

This is the simple truth and those who don’t like this can always go screw themselves.

Syria Times: Virginia State Senator Richard Black [ Retired] has described the 2021 Syrian presidential election victory as is “spectacular”, saying that President Bashar Al-Assad was widely expected to win, of course, but it was almost like a war victory celebration.

“People know that Bashar Al-Assad will win because despite the war he remains remarkably popular with all classes of people. After years of wartime leadership, at age 55, President Assad is still among the world’s youngest leaders.  And this is a blessing, because he has been the glue binding the nation throughout its greatest trials. President and Mrs. Assad enjoy enormous popularity, stemming from their humility and modest way of living–their willingness to share the burdens and sacrifices of the people,” the retired senator asserted in a statement sent to the Syria Times e-newspaper on Friday.

He referred to the fact that Syrian voters turned out in stunning numbers 13.5 million to cast their votes .

“Voters were gleeful; the atmosphere triumphant. The massive turnout was a shout of victory over foreign terrorists and the powers that backed them… Crowds filled the streets in enormous, almost unbelievable numbers. The atmosphere was joyous and exhilarating.  It was an election, but it was also a victory celebration—as though the people are shouting at NATO, the Turks and the Saudis, “We won. You raped, you tortured, you beheaded, you crucified us. But could not defeat us!”

The retired Senator Black added: “I visited President Assad in 2016, and again in 2018. His office was small and modest. It contrasted with the cavernous, ostentatious palaces favored by other world leaders. President Assad was famous for driving visitors around in his own SUV. He has no interest in personal wealth or advantage. From everything I know, the lives of President Al-Assad and Mrs. Asma Al-Assad are devoted entirely to their children and their nation”.

He affirmed that Syrian elections are known to be fair.

“Many voters took pictures, proudly displaying indelible purple thumbprints that guarantee that each voter casts just one vote. In Syria, voters must appear in person to vote. In the U.S., unknown people stuff collection points with thousands of ballots and no one knows who really cast those votes.

He went on to say: “For the U.S., which has a long and colorful history of voter fraud, to criticize a nation like Syria, which does not, is rank hypocrisy.”

It is ironic that the U.S., which experienced such massive fraud in its recent presidential election, has condemned the much more honest Syrian elections before it was even held. The nations complaining are the same countries that overthrew the popular government of Libya and left it a smoldering ruin. What gives them the right to impose their will on the Syrians?

Syria is better at holding valid elections than the U.S., where a large percentage of Americans believe that the 2020 U.S. presidential elections were fraudulent and invalid. Why isn’t the U.S. clamoring for UN supervision of American elections?

“Look at areas of Syria that are occupied by Turkey and the United States. Are they conducting free and fair elections? Where is the democracy? Where is the freedom? No, they desperately tried to stop Syrians from voting in those areas. The occupying powers never gave a thought to holding elections because their puppets would be ousted. They are much too busy looting the wealth of the Syrian people to worry about elections in the areas they rule.

The U.S., UK, and France have been unwavering supporters of al Qaeda terrorists since the moment the war began. To this day, they support and subsidize terrorists controlling Idlib Province. They do not ask them to conduct elections, because they do not really care about elections or about freedom. Their objective is terror and conquest. 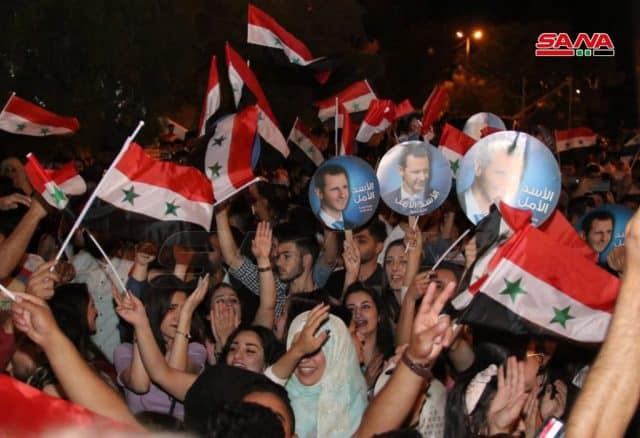 Despite 10 years of unrelenting warfare, not a single terrorist has ever gained popularity among the Syrian people. Syrians despise the terrorists for raping their daughters, beheading their sons, and enslaving their children.”

Moreover, the senator recalled that during the 2014 elections, foreign powers did everything possible to block Syrians from voting.” Just before the elections, many nations closed down their Syrian embassies to prevent expatriates from expressing their will. The closure of embassies was orchestrated by the U.S., which feared that an overwhelming vote in favor of President Al-Assad would embarrass the State Department and undermine its campaign against Syria.”

He concluded by saying: “History will long record how a small nation like Syria resisted the combined military and economic might of two-thirds of the world’s nations and won. This election carries enormous significance not only for the Syrian people but for the civilized world at large.”