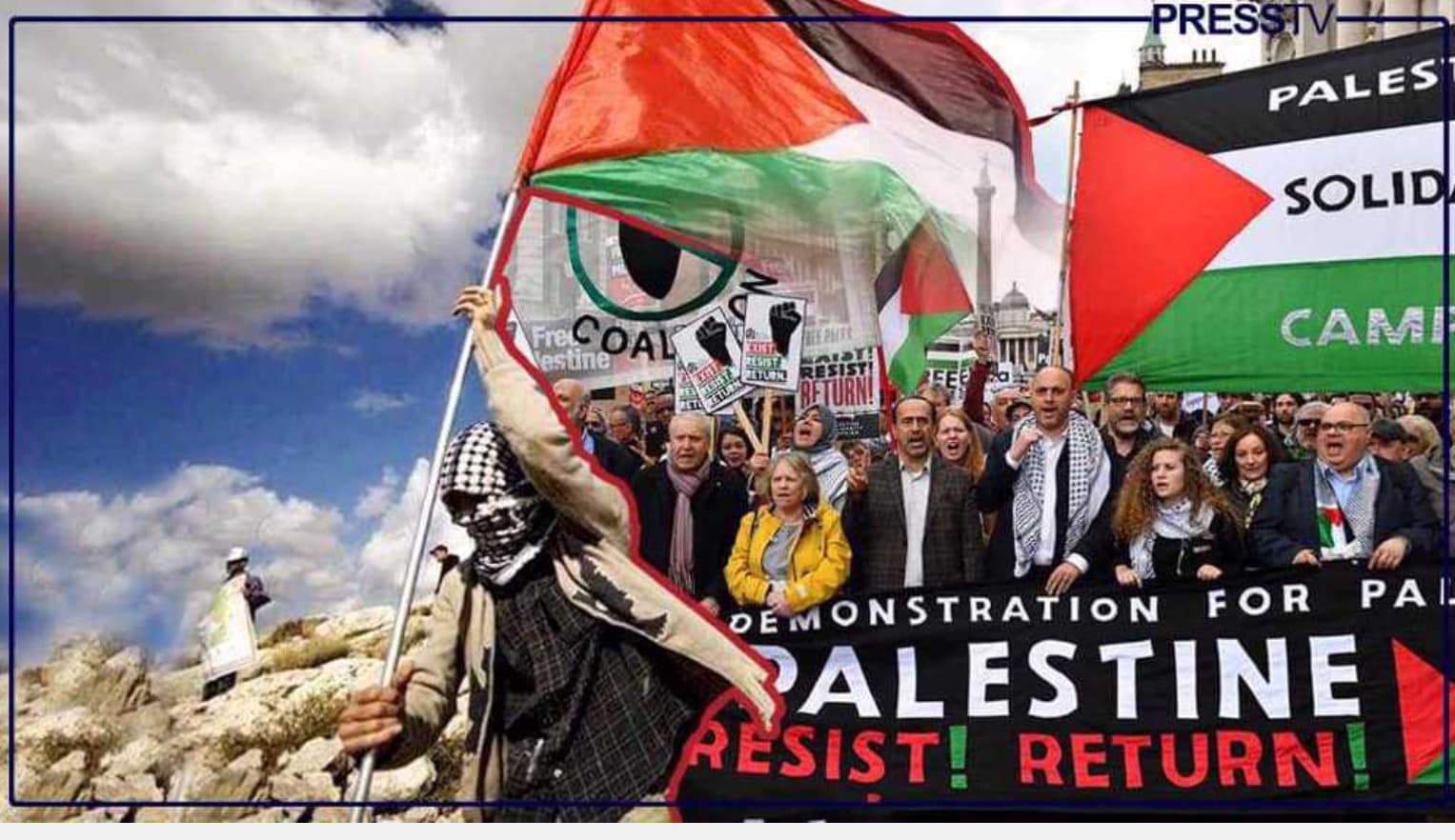 Richard Sudan is a journalist, writer, and TV reporter for Press TV.

A huge groundswell in support for the Palestinians has been visible globally, with cities across the world hosting mass protests and demonstrations in solidarity with the Palestinian people, and the horrific conditions as a result of Israeli’s latest bombardment of the besieged Gaza Strip.

The deadly result of Israel’s assault on the Palestinians caused widespread outage among millions around the world, who are ever more acutely aware of how the occupation of Palestine breaks international law, violates UN resolutions, and simply contradicts the notion that Israel is somehow a free and fair country operating as a democracy.

As more and more human rights organizations and legal experts reflect the harsh reality of the human impact of Israel’s bombing campaigns, the image which Israel has sought to cultivate of itself has eroded and been seriously damaged, perhaps beyond repair.

The power of ordinary people reflecting their stories from Gaza, their plight being shared over social media, at times censored, but with countless people and organizations breaking that censorship by spreading information, led to an outpouring of outrage at Israel’s actions and sympathy for the Palestinians from all corners of the globe.

As well as direct actions by ordinary people, targeting factories which manufacture Israeli arms and forming protests on the premises of such locations, the reality of the impact of Israel’s bombs in Gaza led to huge demonstrations, some organized in a matter of hours, attracting colossal numbers of participants.

London in particular saw an unprecedented number of people hit the streets recently, demanding an end to the illegal occupation of Palestine, amassing at different locations in the capital including at the BBC, and also at the Israeli embassy, and elsewhere voicing their discontent at the ongoing murder of Palestinian civilians.

And, arguably, London witnessed perhaps the largest pro-Palestinian rally in living memory, possibly of all time. Indeed, hundreds of thousands of people rallied with estimates ranging as to the total number of people in attendance.

What’s interesting though, is how this has apparently been played down by large media platforms. By most accounts, and as evidenced by those recording the protests and taking pictures, is that the number of people packing the streets seems to have been much larger than has been made out.

While it’s true, that some outlets have indeed suggested that more than one hundred thousand people marched at the most recent protest, just before the Palestinian resistance celebrated victory, this number, according to those who actually attended seems the most conservative estimate possible.

Some have hinted that close to half a million people gathered for the Palestinians in London. Others have argued that it was closer to two or three hundred thousand. But whatever the number, it’s clear that the mainstream media has likely not done justice to the true scale of the support for the Palestinians at the largest of the recent marches.

And one might have thought that even taking the lowest estimate of supporters as the true number of protestors, the media might have done more to highlight the significance of such numbers.

After all, if Britain is a democracy, surely celebrating a huge number of protestors hitting the streets exercising a fundamental right of democracy, protesting, might be more newsworthy than the few news outlets we did see provide some measure of coverage.

But this does not seem to be the case. As the disconnect between the political class, and ordinary people’s support of Palestine grows larger, like those that remain committed to upholding the status quo, the mainstream media seems to be doing all it can, to downplay just how many millions of people across Britain, are standing shoulder to shoulder with the Palestinians.

In much the same way as many prominent figures are vilified for voicing solidarity with the Palestinians, when ordinary people use their strength in numbers to also show support and to exercise the simple act of protesting for the Palestinians, many sections of the media seem unwilling or unable to reflect the truth of how perceptions of Israel are changing, and changing fast.

We’ve also seen some journalists pay the price recently, for daring to tell the truth about Palestine. This is a sign that the tide is turning. It is irreversible.  The situation in Palestine simply cannot continue, and Israel must be held accountable for its actions and can no longer hide behind the excuse of defending itself.

While hundreds of thousands recently hit the streets in Britain, marching for Palestine, despite the fact that the media downplayed the reality of events, millions of people were still able to see the truth about the huge levels of support that exist in this country, for Palestine. It is now simply undeniable.