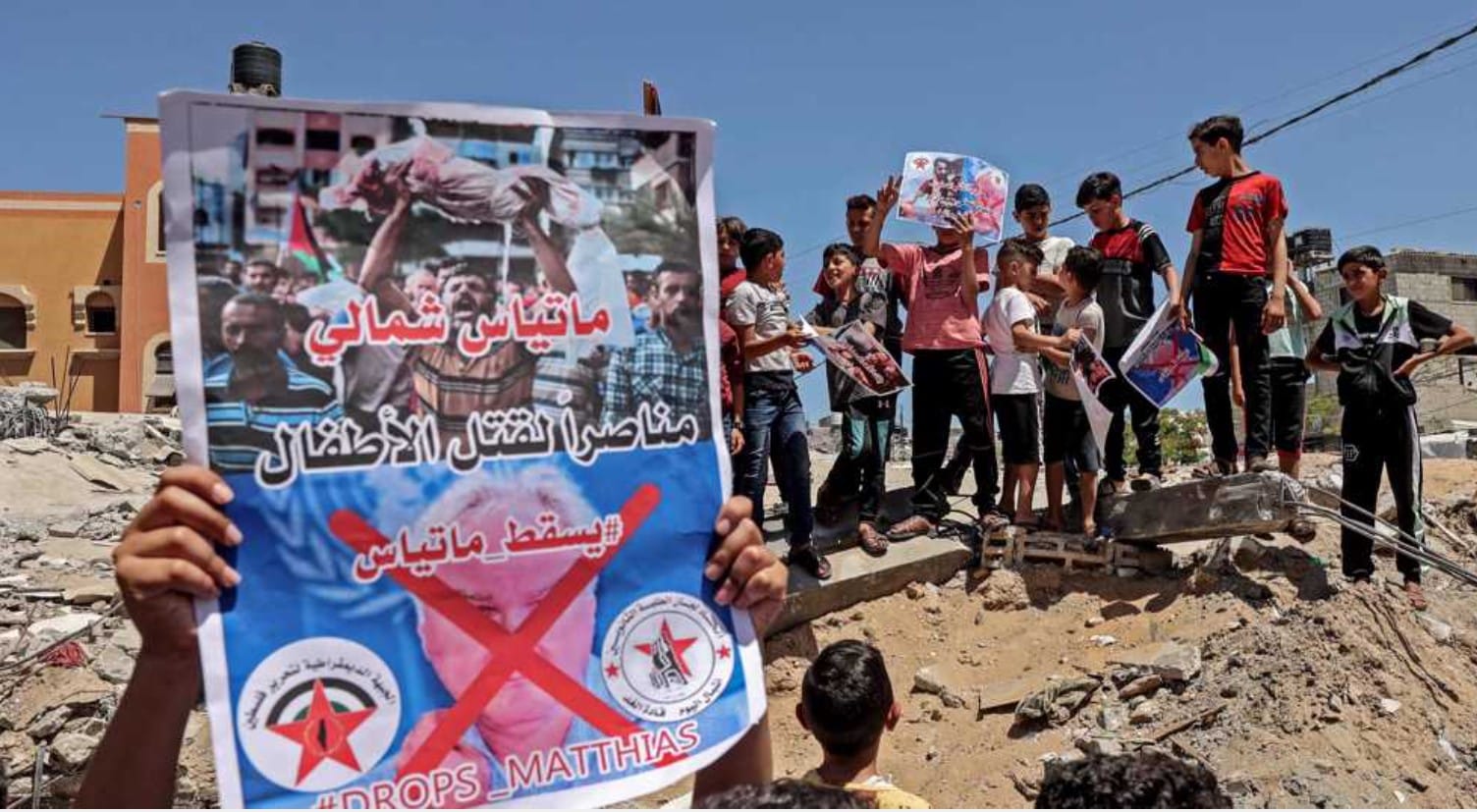 Last year, during the holy month of Ramadan, in an unprecedented, move Saudi Arabia aired a TV series called “Um Haroun”, starring Jewish characters. Fans praised the show, for highlighting the history of Jewish communities in the Persian Gulf, but critics blasted it as a barefaced attempt to reshape Arab views of Israel to pave the way for formal relations, or what many in the Arab world call “normalization.”

Press TV: This year, during the month of Ramadan, something more serious happened to reinforce the pro-Israeli tendency of leading Arab media outlets in Saudi Arabia, above all others, the Al Arabia Media Company.

The recent escalation between the Israeli regime and the Palestinian people grabbed the headlines across the world.

People took to the streets in order to show their solidarity with the oppressed people of Palestine, condemning the savagery of Israel’s indiscriminate attacks.

Against such a backdrop, many observers found it shocking that the Riyadh-based TV channel, Al Arabiya, took an anti-Palestinian position, not least because the network reflects the kingdom’s official stance towards the Palestinian cause and the occupation issue as a whole.

As a result, the Popular Front for the Liberation of Palestine has called on the Palestinian people and the rest of the Arab world to boycott Al Arabiya for its dubious pro-Israeli agenda.

The Front has condemned the channel for distorting the realities in the Occupied Territories all in favor of the Israeli regime.

The United Arab Emirates, in collusion with the KSA, has been selling properties in East Jerusalem al-Quds to be used for Israeli settlers.

In a recent communiqué, The Popular Front for the Liberation of Palestine lashed out at Al Arabiya for broadcasting falsehoods against the Palestinians such as describing the resistance movement as a terrorist initiative while picturing the illegal regime and its settlers as the victims.

In one instance, what the Front called sheer slander, Al Arabiya claimed that the leaders of the resistance movement left Gaza – along with their families – for Egypt in the heat of the all-out war.

I think the story as a whole needs to be looked at historically, within the Palestinian struggle and the situation there if you study the media coverage, not just across the Arab world, but across internationally, there are two main strategies that are taking place.

And the second strategy is to basically dehumanize them, and to blame the victim. So the dehumanization is very clear in the language in media, including in the Saudi media that you’ve seen.

And the other aspect, which is blaming the victim, … where the aggressor becomes the person who’s being attacked by Palestinians, which is clearly not true if you look at it in military terms, in political terms, and in human rights terms, of course.

It is not the first time KSA-based Al Arabiya is covering the developments in Palestine in favor of the Israelis, but this time it has adopted a more explicit approach.

More than a week into the Israeli aggression against Palestinians in the Gaza Strip, despite more and more civilians falling victim to such attacks, the US has approved the sale of $735 million of precision guided missiles to Israel.

Their guests and experts intentionally blame Hamas for what has happened in recent weeks in Gaza and the rest of the Occupied Territories without addressing the root causes of the tensions, such as the attempt to illegally evict some Palestinian families from the Sheikh Jarrah neighborhood in East Jerusalem al-Quds, or attacking Muslim worshipers in Al-Aqsa Mosque during the holy month of Ramadan.

At the same time, they underline the effectiveness of Israel’s Iron Dome in intercepting Hamas rockets fired from Gaza.

These very relatively small stories are important because the whole language of soft power and hard power is what we think are played here. The soft language that’s used in the hard politics that’s at play is what undermines the situation of the Palestinian people.

This time, the leading Saudi media outlet refrained from paying lip service to send a clear signal to both the Palestinian people and the Israeli regime.

Whereas Al Arabiya didn’t interview a resistance movement official during the escalation, the channel talked – on several occasion – to the Tel Aviv’s military spokesman providing him with the opportunity to justify Tel Aviv’s war crimes.

By the same token, leading Emirati media outlets relied heavily on the style and content of Western wire services.

An editorial published in Al-Ittihad entitled “No to violence and hate” featured lukewarm calls for an end to “tensions” in East Jerusalem, al-Quds, and took issue with “practices which violate the sanctity of Al-Aqsa mosques”.

Palestinian resistance to Israeli occupation, which has been ongoing for decades with little or no international support, has thwarted Israeli dreams of full recognition by Arab states.

No doubt, the piece was in line with the UAE’s current stance on Israel, following the normalization agreement signed between the two countries last year.

Well, I think we have to be careful when we use the word normalization because actually normalization from the point of view of the aggressive is the suppression of the normal.

This normalization which the Americans are trying to push through, is actually violence, it’s actually aggression.

And so that’s why the Palestinian people have no choice but to resist this so called normalization.

So this is normalization from the point of view of the Palestinians. And I think language, again, is very important in terms of the press in terms of media.

Also, I think we have to be careful of this phrase normalization, because on the face value, it seems very acceptable, who wouldn’t want things to be normal? But normal for whom and who determines what’s normal?

Meanwhile, Sharjah-based broadsheet Al Khaleej, framed Israeli strikes on Gaza, which have killed dozens of people including children, as a “response” to rocket fire by Palestinian factions from the besieged coastal strip; echoing what the Israeli regime has said while justifying its war crime.

At the same time the Saudi media have softened their tone when covering developments in the Occupied Territories.

The tightly controlled media in Saudi Arabia clearly reflect the attitude of the ruling family in the kingdom towards the Palestinian cause.

While the kingdom has not officially normalized ties with the Israeli regime, it has made it clear over and over again that establishing formal ties with Tel Aviv is no longer a taboo subject in a country that claims to be a leading supporter of  the Palestinians.

And we all know that there’s been a move by the United States over the past 10 years to try and normalize relationships between some arab countries and Israel in order to embed the Israeli state in a much firmer way within the Middle East. So that’s the geopolitics that’s happening here.

The disappointingly disproportionate coverage of the recent developments in the occupied territories by Saudi and Emirati media outlets is part of a bigger picture where Palestine is no longer in the fore.