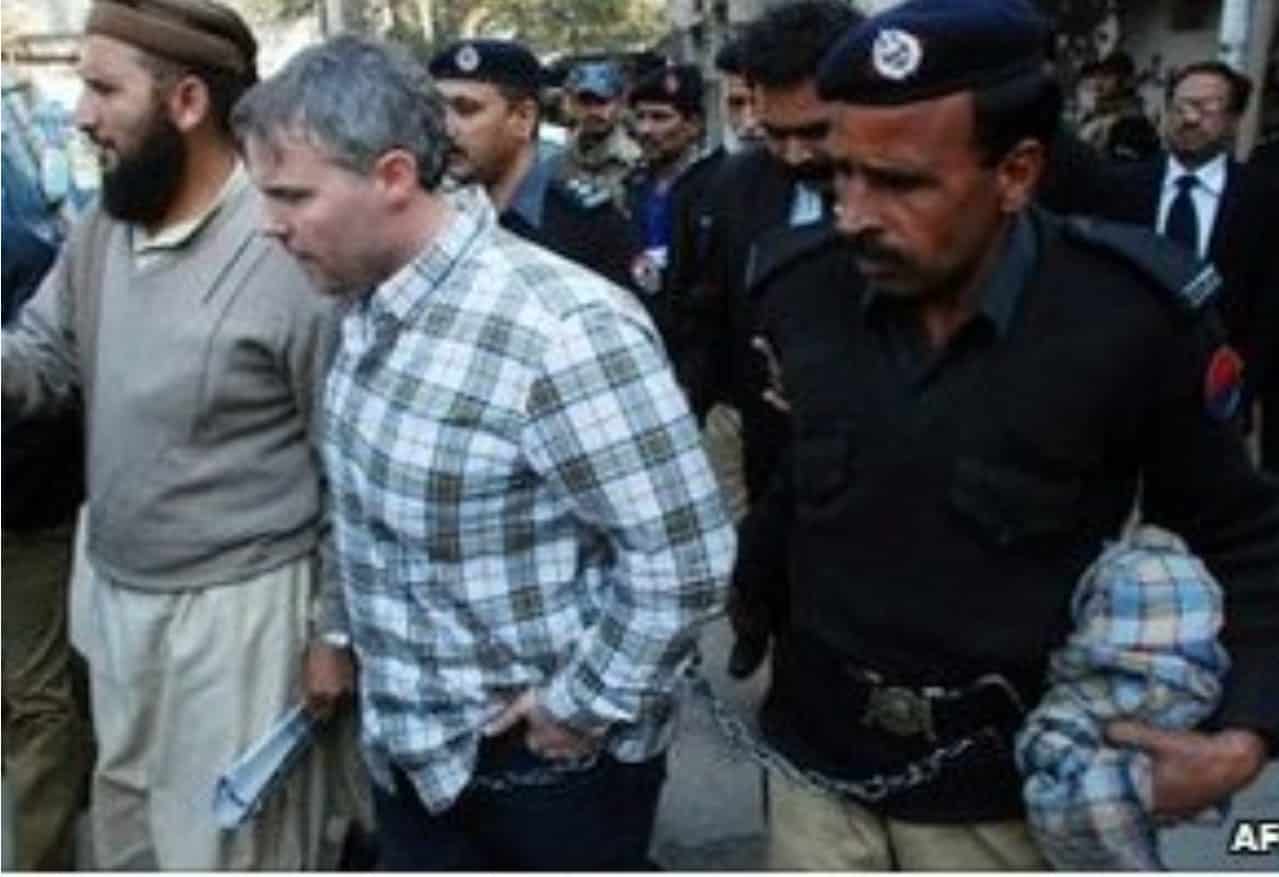 “Victims shot in the back repeatedly”

By Gordon Duff And Raja Mujtaba

Protests throughout the city of Lahore, university students, various political parties, demanded stiff punishment for a group of Americans, one identified initially as “Raymond Allen Davis,” now “identity unknown,”  held on a variety of charges including 2 counts of murder along with four American security contractors  currently being sought after fleeing the scene of a vehicular homicide in a related incident.

“Davis” is accused of two counts of murder and terrorism related charges.  The other four, named to police but withheld from the media, are being sought for questioning in relation to a vehicular homicide while moving in traffic to assist “Davis.”  The four, though described by Davis and the American press to be “diplomats” are believed to be security contractors who entered Pakistan illegally under assumed identities.

The four not yet in custody, believed to be Americans, fled the scene after killing Ibadur Rehman, a local merchant, during a bizarre incident this week.  The Americans, mis-identified by the US Embassy as “diplomats” are believed involved in cover or “black ops” operations inside Pakistan, reportedly against the government of Pakistan, America’s primary ally in the region.

The victim of the vehicle homicide, Rehman, a bicyclist traveling on Jail Road in Lahore, was struck and killed by a four wheel drive vehicle that was part of what “Davis” describes as a “mission” in his statement to police.

According to the statement, the two vehicles, the Honda rental with “cloned” plates driven by “Davis”  and the “chase vehicle,”  a 4 wheel drive vehicle not registered to the American consulate, containing a 4 man armed security team, were heading toward the Mozang Chungi district.

Mozang Chungi is a densely populated are of small shops and street vendors typically only used by local residents.  Security sources in Pakistan state:

“No American tourist or diplomat would ever go there, certainly not two car loads of heavily armed private contractors equipped for a mission of some kind.  The only possible reason to be there would be terrorism.  The area has been attacked before by terrorists, taking advantage of the crowds and confusion.  We suspect we may have stumbled on the source of previous terror attacks and, in fact, broken up what may have become another ‘Mumbai.’

Pakistan is, itself, governed by contradictions and what most believe to be an ineffective and corrupt civil government led by President Zardari, tied to money laundering in Switzerland and an Interior Ministry, see as at odds with the powerful military.  Pakistan is a nation of huge economic disparity with extreme wealth held by a few and extreme poverty for the majority, especially tribal minorities that make up a significant portion of Paksitan’s population.

Many Pakistanis long for a return to military government, citing failures by the current President, husband of former Prime Minister Benazir Bhutto, who was assassinated in 2007.

“Davis,” in his statement to police, stated he fired in self defense. Weapons were said to be found alongside the bodies of the slain although counter-claims of weapons being “planted” fill the airwaves.

Autopsy results, as reported, indicate that both were shot in the back with special fragmenting anti-personnel ammunition, one receiving four hits to the back and the other three.

Witnesses report that two young Pakistanis were fired on by the American from inside his vehicle with a fully automatic submachinegun, firing through the glass.
Damage to the vehicle, a white Honda Civic, show shots to have been fired through both the passenger window and rear windscreen.

Media in Pakistan has given extensive coverage to the families of the slain, interviewing them and neighbors who indicate the slain had no criminal or “extremist” history and were respected in the community.  In statements to the media, family members have demanded a “public hanging” for those involved, no “blood money” will be accepted.  Islamic or “Sharia” law allows for cash settlements or “blood money” to be paid to family members of homicide victims in lieu of capital punishment or imprisonment.

The man, held by Pakistan in the killing of two young men during a traffic altercation, is not “Raymond Allen Davis.”  In fact, nobody seems to know who he is, including the US embassy in Islamabad.

Davis, and his four companions who have yet to be apprehended, according to police sources, entered Pakistan illegally, using assumed identities.

However, stories in the press in Pakistan and general belief by the “man in the street” say that the man being held is believed to be an American security contractor active in coordinating terror attacks inside Pakistan, working with Indian intelligence, the “RAW.”

The area of the city “Davis” and his four companions were driving to has been the repeated scene of terror attacks in this city of 7 million nestled on the Indian border, hundreds of miles from Taliban strongholds.  Sources in Pakistan state that it simply isn’t credible that an American would be in the densely populated and poorest region of Lahore, especially an American with a false identity and rental car with license plates “cloned” from another vehicle 300 miles away.


Authorities in Lahore, Pakistan were allowing “Davis” to spend his nights at the American consulate and his days at a local police station.  But now due to mounting pressures this arrangement has been cancelled. The United States government continues to demand the release of “Davis” though it has also refused to identify him or his associates or state their actual mission in Pakistan.

“Davis” is believed to be a native of Las Vegas, 36 years old with a military background in Special Forces.  An internet search shows him to operate under a “one man” Florida based security company but there is, of yet, no known relationship between this entity and any State Department overseas mission.

A check of passport records show that “Davis” has traveled between Pakistan and Afghanistan 9 times during the past 18 months.