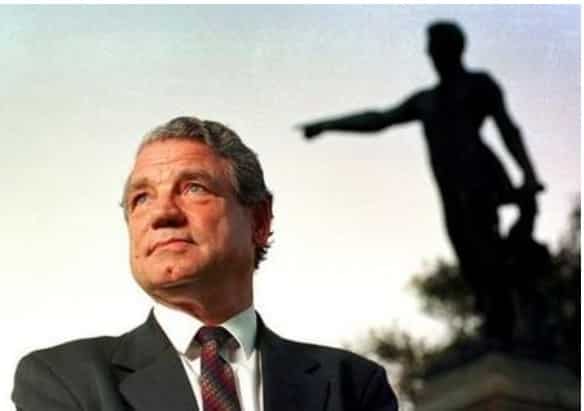 TEHRAN, Iran—Media reports show there is a pervasive restlessness among the middle classes in the Middle East and elsewhere, a fact that began markedly to capture world media headlines when Egypt’s populace moved against their president, Hosni Mubarak. Barack Obama is praying for a peaceful outcome, and Secretary of State Hillary Clinton has condemned outright any violent uprisings, but what the Al Jazeera news service is transmitting live to the world, in particular battle scenes around Cairo’s Tahrir Square, is disquieting because here we have the development of a possible tragic Egyptian civil war.

Iranian media reports, of course, contain a deeper understanding of what impulses and values are driving this social upheaval because Iran’s own foreignignited “regime change” effort last year, fueled with U.S. dollars, failed to take off. That in itself is a powerful indicator of Iranian political sophistication, or a complete U.S. miscalculation as expressed in its allegation that the election, which handed President Dr.Mahmoud Ahmadinejad his second term, was rigged. Mubarak agreed not to run for office again in August, but this does not hide the deep contempt that Egypt’s political elites feel for their own people.

The fact that the president’s immediate family has taken flight to Great Britain fuels the Iranian political narrative— which clearly states that Zionist operations have now become fully transparent. In this respect it does not help that newly appointed Prime Minister Ahmed Shafiq apologized for the violence in central Cairo. And this did not impress a large segment of the 18 million people who live in this ancient city. Similar problems in Yemen portray the Arabic uprising as a broader cry of “freedom, democracy and Islamic laws,” and that the Muslim Brotherhood is ready to fill any vacuum left by outgoing political regimes, certainly in Egypt and Yemen, but also in most Arabic-speaking Muslim countries.

The immediate Iranian concern rests with the brotherhood’s direct support of Hamas in Palestine’s Gaza Strip and Hezbollah’s pivotal political role in Lebanon, and it is here that these two Iran-supported groups deliver what the people need: a functioning infrastructure and some semblance of civilization. Last year a new supermarket was opened in Gaza, something that, like the attempts to break the Gaza blockade, completely shifts the focus away from the occupied West Bank, whose Palestinians continue to suffer horrendous human deprivations.

Dr. Hesham Tillawi pointed out the excessive world focus on the Gaza tragedy because it overshadows the ever-growing West Bank tragedy. Here, Israeli settlements have produced a Swiss cheese-like physical and political structure, where shortages of basic necessities cause untold suffering. When societies break down, a political power vacuum is created. Individuals with nothing to lose no longer fear social and legal sanctions.

Thus we saw Egyptian prison administrations failing and thousands of prisoners escaping into the night. A number of police stations were also attacked, looted and torched, indicating that people are arming themselves because in any societal breakdown the supply of food needs to be guaranteed. If this cannot be done, then it’s time to hide and fend for oneself. 

Dr. Fredrick Toben is an Australian national and the founder of the Adelaide Institute.  Töben has been relentless pursued by the global thought police for publishing his views of history—specifically on the Holocaust and WorldWar II history— on the Adelaide Institute website. He has served a prison sentence in Germany for breaking Germany’s ban on discussing such topics. He is also the author of several book including 40 Days in Teheran, a recounting of his time a the Iranian Revisionist conference held several years ago. For more on Töben’s work and the Holocaust, got to www.barnesreview.org and get a free catalog.