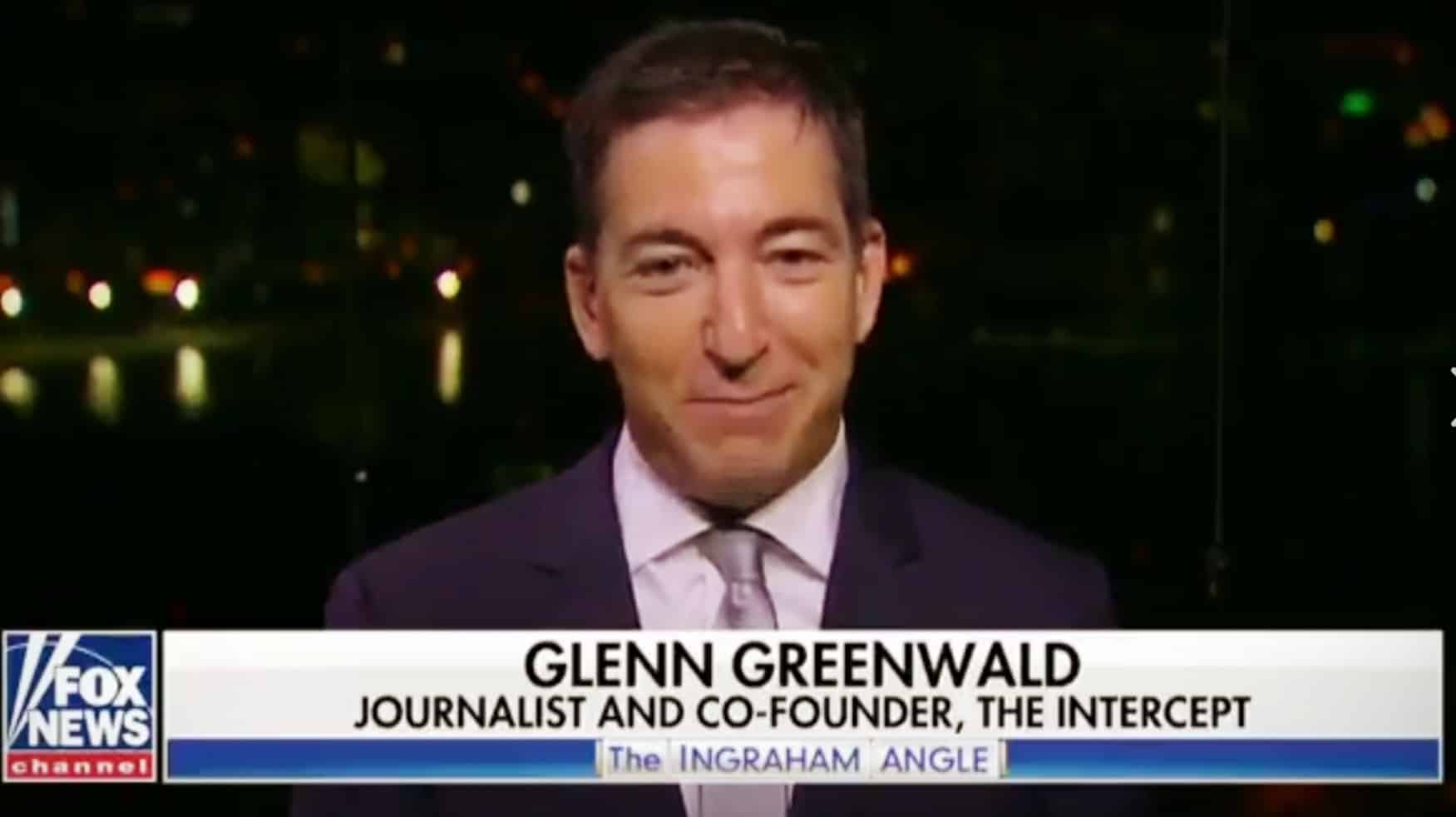 VT: From day one, VT pegged Edward Snowden and Glenn Greenwald as “limited hangouts.”  After all, Snowden had gotten a job at the NSA without a high school education and a background check by the FBI, an impossibility and was fed “classified material” that said the NSA was spying on Americans, a story broken years before over and over that nobody cared about then or now.

Americans had given up caring about such things long ago just like they gave up caring about murdered Palestinian, Iraqi, Syrian, Lebanese, Yemeni, Afghani and even their own children.

It was all a game.  Greenwald was a manufactured press hero like every other limited hangout, the “out of nowhere” fake reporters who are peddled to us by Israeli intelligence fronts through bribery, blackmail and in most cases, simple Israeli control of anything that looks like media.

Then, to sell it even more, “fellow travelers” in Moscow, where dual citizen oligarch wield massive power, planted Snowden there…where he could use the bully pulpit of fake exile to sell more and more crap, just like Julian Assange.

Oh, there are more of them, many more, still out there, visiting Tehran, turning out key pieces on command after years of inactivity, stored by the Mossad like rusty hand grenades waiting for a school bus attack.

The Intercept, a massively funded publication underwritten by Ebay founder Pierre Omidyar, is a strange place.  Greenwald, in an internal “something” walked away from $548,000 a year paid by a publication that overtly is anti-Israeli, a publication he co-founded to his now position of right wing Zionist Fox News contributor with the exact politics that VT waited to ooze out of him.

Our guess is that the Intercept was created to control opposition, with some great writers paid ungodly sums, building a fake persona as an intel operation.

We’ve seen it over and over starting with WikiLeaks, the honest, tell-all platform that loved apartheid Israel, hated all Muslims and always backed right wing supremacist causes.  No matter now many reports of Mossad filtering all Wikileaks material or fabricating it, the Zionist controlled MSM kept peddling Assange as a heroic truth teller…proving liberals are absolutely as stupid as Trump’s followers.

In fact, they are just as vulnerable to horse shit.  Thus, Wikileaks proved over the years to be an echo chamber for Fox News, no surprise when Assange began with a strong relationship with Rupert “Greenbaum” Murdoch, who shared control of now dethroned Netanyahu with now deceased gambling boss Sheldon Adelson.

Both of course were the real power behind Trump as well with Adelson paying for Trump’s campaign and Murdoch creating Trump’s fake persona as a populist hate monger.

What we would love is the true story behind selling Greenwald to Omidyar.  VT has nothing on Omidyar, which is unusual.  He may well have wanted to do something good, and being an IT guy, was totally dense.

Suggest readers pick a search engine and look up the best investigative journalists.  Of the names commonly given, outright 30% are Mossad trained fakes.  Generally, selling a quality fake requires a Pulitzer Prize.

Take any story with real legs, the nuclear attacks on Beirut or New York, for instance or Israeli involvement in the war on Yemen.  Choose another, the false flag gas attacks on Syria, all of these are pure “Captain Obvious” giveaways.

Then see if they were reported on.  Then look to the alternative press and look for same.

As with Snowden and Greenwald, then we look at personal background.  What in someone’s background meant they would sacrifice all for the good of humanity?  I ask myself what I would do for $548,000 a year?

Then look at how many “Captain Obvious” stories were fed to them by Mossad handlers to make their reputations?  Who are “soft targets” the Mossad would allow to be dumped on?

Blackwater and US contractors?  Abuses of Palestinians, the official “no one cares” story of all time.

Then watch how journalists can jump from left to right so quickly, showing almost amazing “moral flexibility.”  From Grosse Pointe Blank:

When I left, I joined the army, and when I took the service exam my psych profile fit a certain… moral flexibility would be the only way to describe it… and I was loaned out to a CIA-sponsored…

The leftist scribe has become “a practitioner of manufactured controversy” for outlets like Fox News, say his stunned former colleagues

And so during a recent episode of The Ingraham Angle, Glenn Greenwald—who is so familiar to the top-rated cable channel’s millions of viewers that he requires only a surname—put on a suit and tie in Rio de Janeiro, where he lives, to continue doing what has occupied his energies for much of the past month.

That’s deploying every conceivable platform—from Twitter (where he has 1.6 million followers) to YouTube to Substack to an array of popular conservative websites to the very top of the ziggurat, Rupert Murdoch’s corporate cash cow—to denounce former friends and colleagues at The Intercept, the left-leaning digital news and opinion site he co-founded with Laura Poitras and Jeremy Scahill in 2013.

“These millennial digital liberal outlets like the Intercept, BuzzFeed, the Huffington Post, so many of them—they think that if you’re a conservative, you’re not really a journalist,” the 54-year-old Greenwald intoned (a tad weirdly, because most of his targets are in their late forties and fifties), while Ingraham could barely contain a gleeful grin. “They think that you’re part of this crypto-fascist movement, that you’re the enemy,” he added—referring to two young conservative videographers whose coverage of Black Lives Matter and other protests came under The Intercept’s withering scrutiny.

This past month has occasioned spectacular success, of a sort, for the pugnacious contrarian pundit, an erstwhile leftist journalist-turned-Donald Trump defender who once again is proving his mastery of the right-wing media ecosystem.  read more..