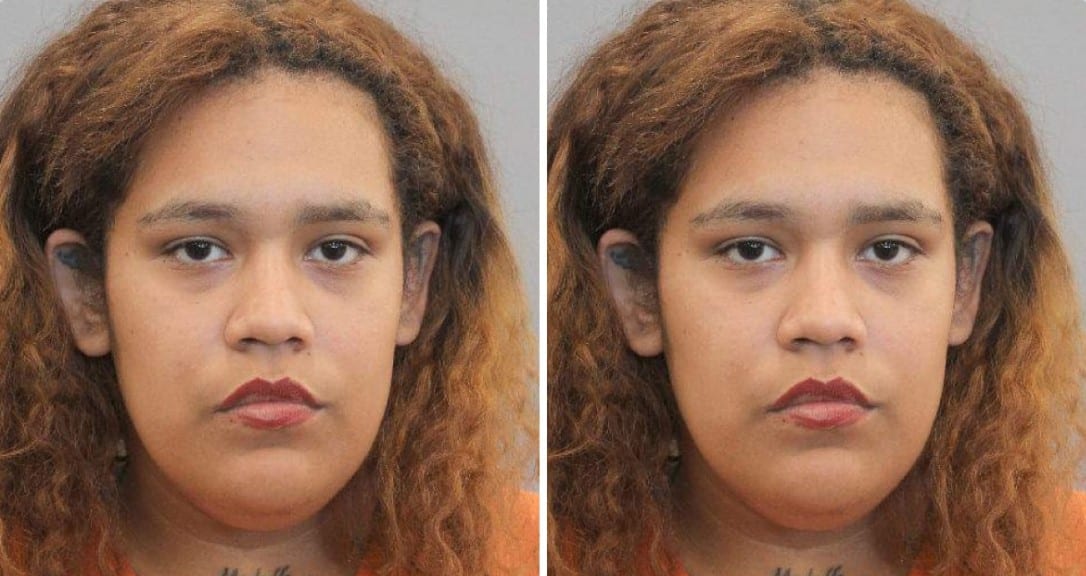 HOUSTON, Texas (KTRK) — A mother has been charged after accidentally shooting her 5-year-old son while trying to shoot a dog that was running across the street in north Houston, according to Houston police.

The incident happened at 700 Dunham Road on Saturday afternoon.

Angelia Mia Vargas, 24, has been charged with deadly conduct with a firearm.
According to neighbors, Vargas, her son, and another family member were riding bikes down the street when a dog ran out.

That dog, named Bruno, is a 6-month-old boxer puppy. Bruno’s owner did not want to appear on camera, but told us what happened.

“I came out of my house because Bruno was barking and barking. I thought my brother was coming,” said the owner, who thought Bruno’s barking was to indicate his brother was at the door. “So, I open the door just a little bit and he comes running out.”

In Ring doorbell video obtained by ABC13, you can see Bruno running out with the owner following immediately behind. The owner can be seen telling the dog to come back in the house. The dog roams out onto the street, and less than a second later, multiple shots rang out. Gunshots were then followed by extended screaming by the little boy’s parents.

Vargas’s 5-year-old son was rushed to the hospital in stable condition with non-life-threating wounds, police say.

The boy was struck in the abdomen by one of the three bullets that Vargas allegedly fired from a small caliber pistol, according to Detective J. Hasley with the HPD Major Assaults and Family Violence Division.