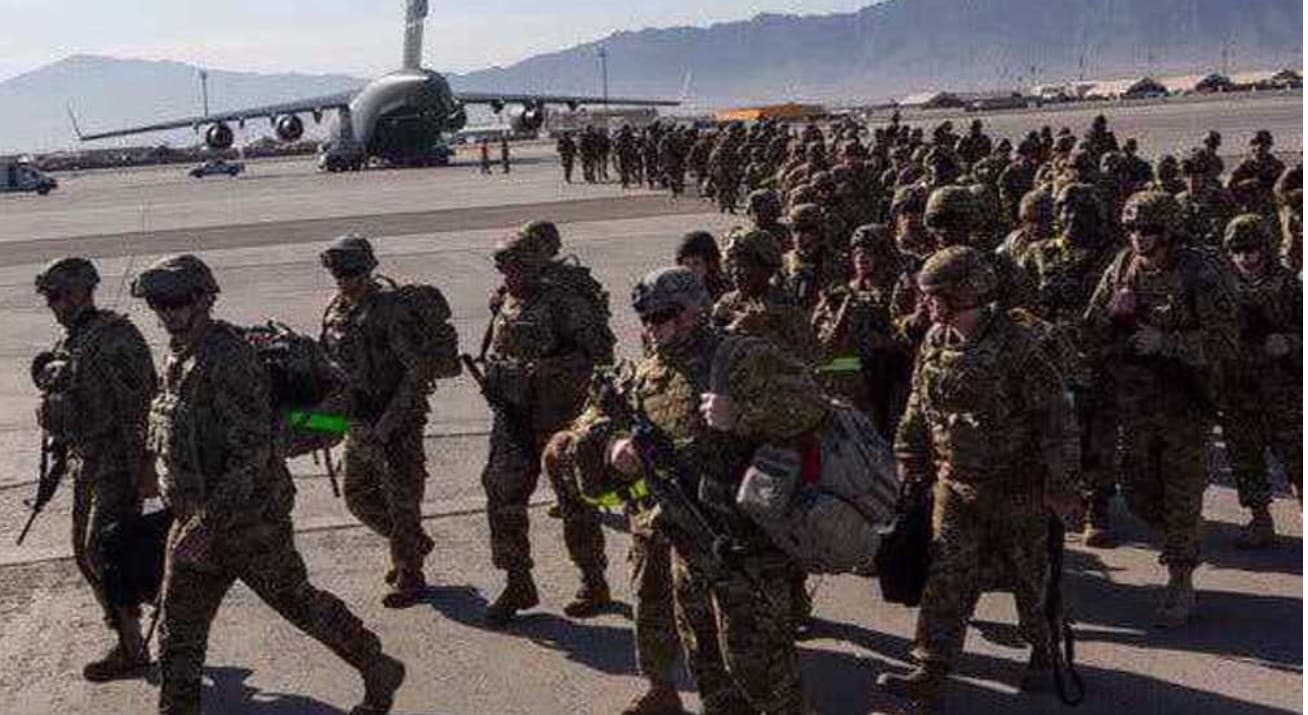 The US military is set to hand over its largest military base in Afghanistan to the government forces in the upcoming weeks as Washington has pledged to withdraw its troops from the war-ravaged Asian country by September 11.

Press TV: “I can confirm we will hand over Bagram Air Base,” a US defense official was quoted by media outlets as saying on Tuesday.

The official didn’t specify when the transfer of the sprawling US-run airfield in Bagram would take place. But an Afghan security official said the handover was expected in about 20 days and the defense ministry had set up special committees to manage it.

The base is the largest military facility used by US and NATO forces in Afghanistan, with thousands of troops stationed there during the peak of America’s military involvement in the violence-wracked country.

The base just north of Kabul also houses a prison that held thousands of Taliban militants and other inmates over the past years.

The notorious US-run Bagram prison, known as the “Guantanamo Bay of Afghanistan” for its human rights abuses, was placed under control of Afghan authorities in 2012.

All foreign troops were supposed to have been withdrawn by May 1, as part of an agreement that the US had reached with the Taliban in the Qatari capital, Doha, last year. But US President Joe Biden has pushed that date back to September 11.

US president vows and vows again to leave Afghanistan

The pledge by Biden to fully withdraw from Afghanistan by September the 11th is seen as the end of one struggle and the beginning of another by the people of Afghanistan, some of whom fear the dominance of extremism promoted by the Taliban.

The US Central Command said on May 18 that the withdrawal from Afghanistan was between 13 and 20 percent complete.

It said that since Biden ordered the exit in April, it had removed the equivalent of 115 fully loaded C-17 cargo aircraft worth of material from the country, while consigning more than 5,000 pieces of equipment to a Pentagon agency for destruction.

CENTCOM has also turned over five facilities to the Afghan Defense Ministry, including the Kandahar Airfield in southern Afghanistan, once the second-largest military base in the country for US forces.

The Pentagon refuses to be precise about the speed of the withdrawal and the likely final date in order to “preserve operational security.”

US Secretary of State Antony Blinken says there will still be US presence in Afghanistan after the troop withdrawal is completed.

The Taliban warned that the passing of the May 1 deadline for a complete withdrawal “opened the way for” the militants to take every counteraction they deemed appropriate against foreign forces in the county.

The US attacked Afghanistan in 2001, claiming that the Taliban were harboring al-Qaeda. The invasion removed a Taliban regime from power but prompted widespread militancy and insecurity across the Asian country. The war has taken countless lives, including thousands of Afghan civilians.

US forces have remained bogged down there through the presidencies of George W. Bush, Barack Obama, Donald Trump and now Biden.