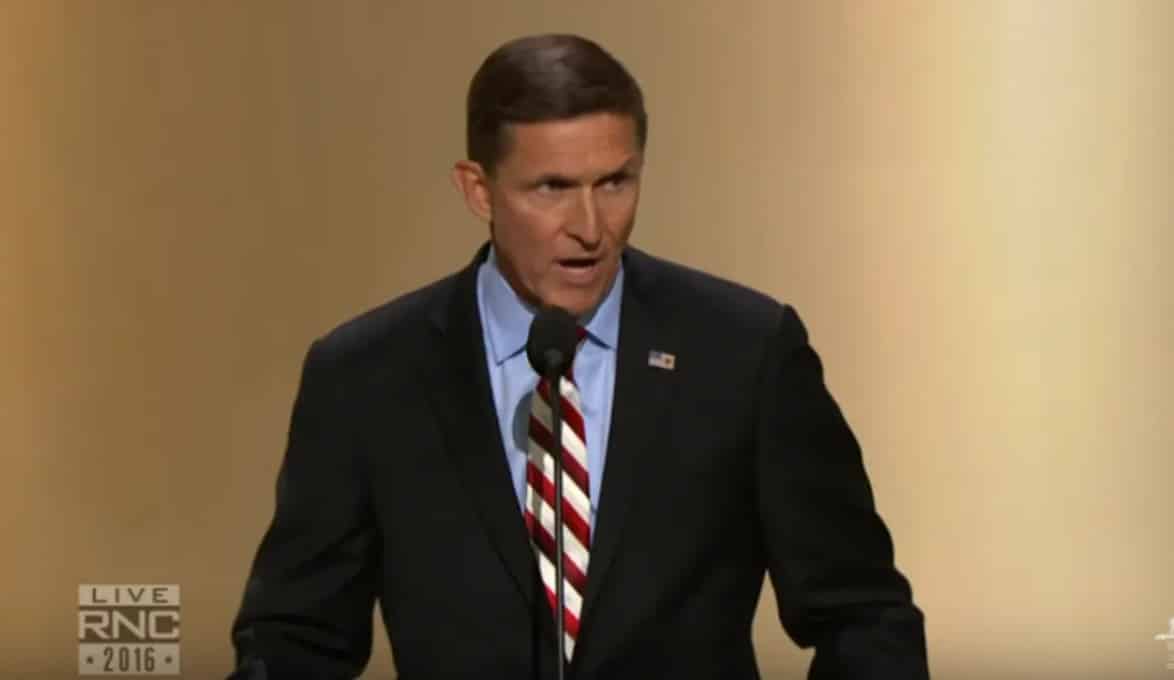 The second-most revered figure in the QAnon conspiracy firmament called for a military coup in the United States. Again. Retired three-star general and former Trump campaign national security advisor Mike Flynn called for the end of democracy during a question-and-answer session last weekend at a QAnon conference in Dallas.

“I’m a simple Marine,” a grizzled audience member said, “I wanna know why what happened in Minamar (sic) can’t happen here.” The room erupted. Flynn waited for the cheering to subside and said, “No reason. I mean, it should happen here.”

Flynn reportedly called the conference organizers to backtrack. He’s now denying that he said what we all saw him say, but let’s get one thing straight: Mike Flynn is a liar.

Trump fired him for lying to Mike Pence about Russia. He pleaded guilty to lying to the FBI, but he lied in his plea deal, so Trump had to pardon him. Now he’s lying about how he called for a military coup in the United States. On video. This is nothing new for Flynn. After the 2020 election, Flynn privately urged then-president Donald Trump to send troops to “re-run” the election, an idea he’d previously floated in the media.

It’s nothing new for QAnon either. QAnon supporters have been cheering on the coup in Myanmar since the military overthrew the democratically elected government in February. The junta has killed over 800 people, including more than 40 children, but QAnon supporters don’t know anything about Myanmar’s internal politics. They just like coups. After Trump’s failed coup attempt on January 6, many of them found it comforting to know a military still could overthrow a democracy somewhere.  read more…