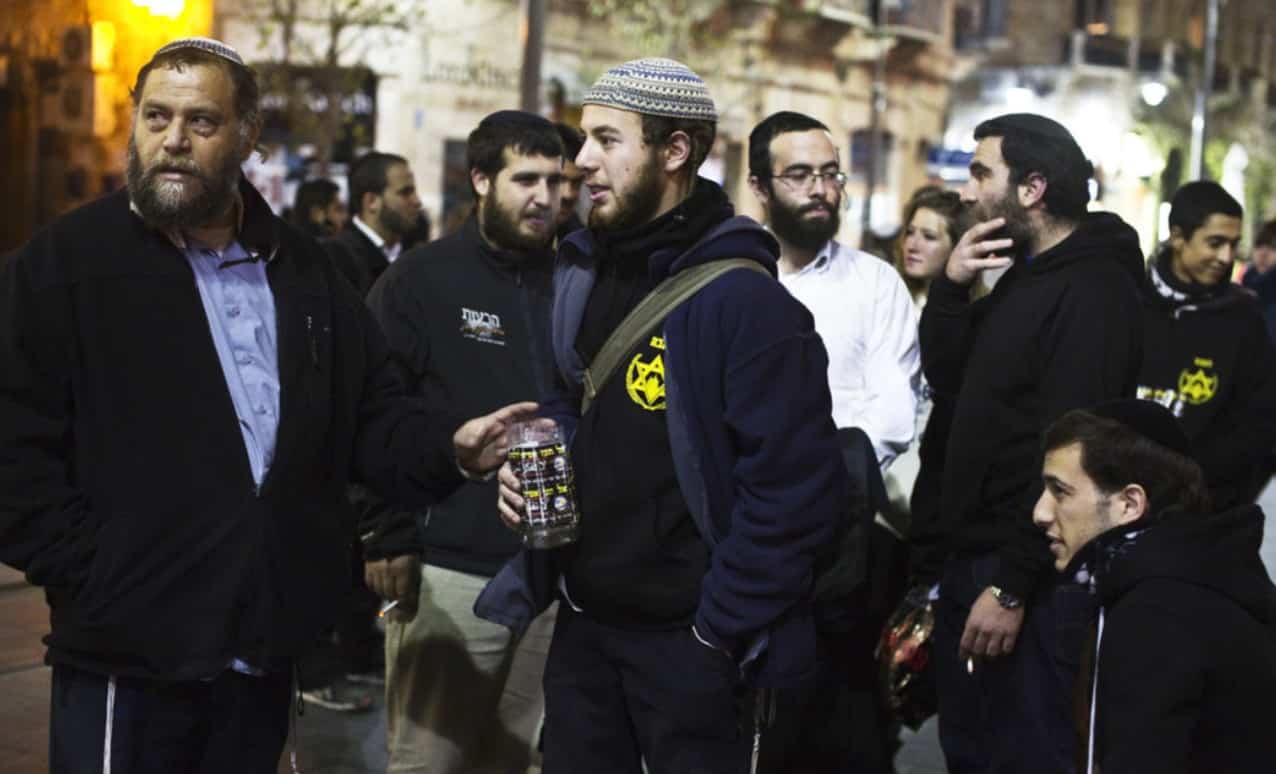 By Robert Inlakesh for RT

The latest escalation of fighting in Palestine/Israel highlighted the Israeli government’s backing of extremist Israeli settler groups, but new information now reveals that US charities are also funding them.

US President Joe Biden provided constant diplomatic backing for Benjamin Netanyahu’s right wing government, throughout its 11-day military operation against Gaza. During this period, not a single word was uttered against the Jewish extremist groups tied to the Israeli government that antagonised and dragged Israel into its conflict with not only Gaza but the entire Palestinian population.

One of the biggest factors which led to what many are calling the 11-day “Gaza war” last month, was the emergence of violent illegal Israeli settler gangs who paraded through the streets of Jerusalem chanting “death to Arabs” during the holy month of Ramadan.

Many of the extremist settlers who participated in attacks on Palestinians in Jerusalem belong to a group known as Lehava (or “flame” in Hebrew), headed up by Bentzi (or Ben-Zion) Gopstein. Gopstein was indicted by an Israeli court in 2019 on charges of incitement to terrorism, violence and racism. He was also a Knesset candidate for the Otzma Yehudit (Jewish Power) Party, but was disqualified for racist comments he had made. Jewish Power’s leader, Itamar Ben-Gvir, was elected in this year’s last Israeli election, and the party has been an ally of Israeli PM Netanyahu.

Ben-Gvir has also been indicted on charges of racism and inciting violence and was recently present in the neighbourhood of Sheikh Jarrah, in East Jerusalem, alongside his close ally Gopstein. The purpose of the two figures’ presence in the disputed neighbourhood was to agitate demonstrators calling for a halt to the targeted ethnic displacement of Palestinians from the area. Netanyahu failed to take any measures to prevent his ally Ben-Gvir from exacerbating the situation, which was slowly reaching boiling point.

The Lehava group follows the ideology of the deceased terrorist ideologue Meir Kahane. Kahane founded the infamous Kach Party, which, despite making its way into the Israeli Knesset, was eventually banned and labelled a terrorist organisation in both the US and Israel.

New information revealed by ‘HaBloc’, an Israeli anti-democratic activity-monitoring organisation, has revealed that a complex web of nonprofit organisations in the US, as well as Israel, are linked to the funding of Kahanist groups. According to the group’s research, US money is being used to fund groups of Jewish extremists.

Lehava is not a charitable organisation and is not open to direct contributions. Therefore, according to HaBloc, money is funneled to it through the Israeli nonprofit, ‘The Foundation for the Salvation of the People of Israel,’ and previously an Israeli fund called ‘Chemla’ was linked to it until 2014. HaBloc also claims that instead of directly funding Lehava, US money is funding a network around it, fuelling its activities.

HaBloc revealed that two US tax-exempt charities, the Charity of Light and the American Friends of Yeshivat HaRa’ayon HaYehudi, fund Kahanist groups in Israel.

During the riots and violence between Israeli Jews and Palestinian citizens of Israel last month, Jewish supremacist gangs were revealed by Israeli research organizations Fake Reporter and HaBloc to have organised through social media groups on the likes of WhatsApp. The research groups intercepted private conversations on different group chats, some with thousands of members, that revealed horrific rhetoric. One user in a Telegram group entitled “People from Holon, Bat Yam and Rishon Lezion go out to bring war,” said “today we are Nazis.”

Interestingly, many members commenting in the Jewish supremacist riot organising group chats had their profile pictures set as the flag of the Kach Party.

Despite the US Biden administration advocating for racial equality in the United States, it seems that, when it comes to its close ally Israel, anything goes. The history of US money funding Jewish extremism is not new. In fact, even prior to the creation of the State of Israel in 1948, the Zionist terrorist organisation known as Irgun also relied on donors in the United States.

As revealed by historian Robert Rockaway, Hillel Kook, otherwise known as Peter Bergson, secured funds for Irgun from Jewish Gangsters in the US during the 1940s, and was closely monitored by the FBI while doing so. However, no legal action was ever taken against Bergson, as he travelled back and forth between Palestine/Israel and the United States. Under his real name, Hillel Kook also managed to be elected to Israel’s first Knesset, as part of the Herut Party of Menachem Begin. Begin was a leading commander in the Irgun.

Irgun was infamous for its role in ethnically cleansing around 800,000 Palestinians from their homes between 1947 and 1949, but also prior to that for its terrorist attacks against British mandate forces and civilians in Palestine. In fact, groups like Irgun, which engaged in worldwide attacks against the British, are credited with founding modern terrorism in the Middle East.

The growing activities of Jewish extremist groups inside Israel is not only taking a toll on Palestinians who experience their violence, but also on Israel as a whole. The role of the United States, in standing aside and allowing these racist extremists to command more power in Israeli politics, is essentially facilitating their growth.

The US government cannot claim to oppose racism whilst ignoring the growing trend of Kahanism in Israel, when clearly these groups are having such an impact on politics as to have recently forced Netanyahu into an unnecessary military confrontation with armed groups in Gaza.

But perhaps the most shocking part of this is that Netanyahu’s reliance on the support of these extremists was not even an issue of importance for the US or the establishment media in America.

Robert Inlakesh
Robert Inlakesh is a political analyst, journalist and documentary filmmaker currently based in London, UK. He has reported from and lived in the occupied Palestinian territories and currently works with Quds News and Press TV. Director of ‘Steal of the Century: Trump’s Palestine-Israel Catastrophe’. Follow him on Twitter @falasteen47