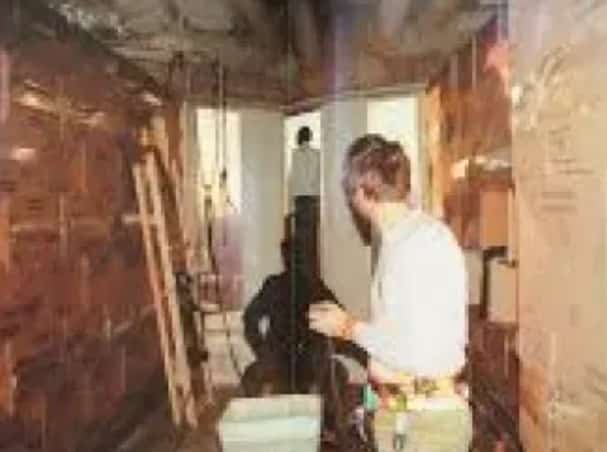 Credit to Wayne Madsen and his IAEA Contacts

(These were the 5 Israelis dressed as Arabs on the top of a building by the World Trade Centers and Building #7 taking camcorder pictures of themselves cheering and jumping up and down with joy as the planes hit the buildings. They all had hand held radios and were most likely the one’s that set off the explosives “that imploded all three buildings in their own footsteps”. After being held for five days in jail the five were quietly sent back to Israel.)

You will notice the Zionist controlled media and U.S. government try to convince you that the Israelis were spying on Arabs, in Madsen’s article… however, you will note below that spying on our military installations and government buildings has nothing to do with spying on Arabs.

Israeli Spies-The DEA compiled an extensive list of the Israeli art students as an appendix by Wayne Madsen:

The presence in the United States of a number of Israelis, most of whom had specialized military and intelligence backgrounds, in the months prior to 911 is a subject that has received inadequate attention from the major U.S. media and government investigators.

The activities of the Israelis fell into two main areas: the casing of the offices and homes of Federal law enforcement officials, U.S. military bases, and other sensitive sites by Israeli “art students” during 2000 and 2001 and the unusual activities of Israeli “movers” around sensitive areas during and after 911.

These incidents occurred in tandem with the suspicious activities of other former Israeli military and intelligence officials in neighboring countries, including Canada and Mexico, after 911. In addition, a number of Israeli intelligence agents were apprehended abroad for passport violations and other illegal activities. (Indexing Section) to its report (LNU means “last name unknown”) (See full report for this)

List of Israeli’s picked up Re: 9/11 from Wayne Madsen.

(Those referred to as “identified” have other info on them and are in the entire article by Mr. Madsen)

The following individuals were identified by the Richmond, Virginia District Office (#49-54):

The following individuals were identified by the Montgomery, Alabama District Office:

The following individuals were identified by the Orlando D.O. on May 3, 2001:

The following were identified at the Volk Field ANG Base, Camp Douglas, Wisconsin:

The following were identified by the Euless, TX Police Department on January 2nd, 2001, (refer to page 10):

The following were identified by I&NS – Dallas:

On April 30, 2001, the Air Force issued a security alert from Tinker Air Force Base in Oklahoma City concerning a “possible intelligence collection effort being conducted by Israeli art students.” DEA, INS, FBI, and Environmental Protection Agency (EPA) offices received similar alerts. The FBI office in New Orleans reportedly received a “Counter terrorism Advisory Report regarding suspicious activities around Federal buildings that related to Israeli students” in February 2000. The FBI also reported that an Israeli art student attempted to sell art at the residences of a U.S. District Judge and U.S. Magistrate in Baton Rouge, Louisiana. However, according to knowledgeable U.S. government sources, the FBI stayed away from the ongoing DEA-INS investigation for “political reasons.”

(Does any of this have anything to do with Israelis spying on Moslems?)

The Israeli students operated in groups of between 4 to 8 individuals led by “Team Leaders.” The team leaders controlled the teams’ visits, drove the vehicles, and often had in their vehicles cameras and recording equipment. A number of the students had significant Israeli military experience in demolitions, explosives, and signals intelligence.

The team active in the Irving, Texas area (near Dallas-Fort Worth Airport) had links to the Chesterfield, Missouri-based Israeli communications software firm AMDOCS, which has an outsourcing agreement with Nextel; RETALIX, an Israeli company involved in software for the retail food industry; and NICE, an Israeli software engineering firm.

The report cites Michael Calmanovic as the leader of the Irving group and states he “was a recently discharged electronic intercept operator for Israeli military.”

Calmanovic and his Israeli supervisor from California were arrested on April 4, 2001 in Irving, Texas, while vacating their apartment. The DEA report states Calmanovic used a mailbox drop at Mailboxes, Etc. located at 3575 N. Beltline Rd. Apt. 316, Irving,Texas.

The FBI list dated 3 Oct. 2001, which was sent to national financial control authorities to freeze the accounts of the Saudi hijackers and their associates, states the address for suspect Ahmed Khalifa, also known as Almad Khafefa, as 4045 N. Beltline Rd. Apt. 314, Irving, Texas (Marbletree Apartments), just a few blocks from the Israeli mail drop.

There are a number of possible explanations about why the Israeli art students were living so close to the hijackers, especially in Florida where much of the terrorists’ flight training occurred.

Two Canadian newspapers reported that U.S. counter-intelligence officials had warned Canadian authorities that the Israeli art students were funneling proceeds from the art sales to Islamist radical groups. (40) If the Florida and Texas Israeli art rings discovered prior to 911 were providing such financial support to the hijackers, it would explain why they closely located their mail drops so close to one another.

The involvement of the Israeli cells with communications companies raised serious concerns at the DEA and Justice Department, which were both using Israeli communications intercept software in their field operations. The DEA used a T2S2 intercept system provided by Comverse and JSI, two Israeli companies. Comverse was very close to the Israeli government, which reimbursed it up to 50 percent for its research and development costs. The FBI’s Communications Assistance to Law Enforcement Act (CALEA) Implementation Office in Chantilly, Virginia was extremely concerned about the threat posed by Comverse’s intercept system. But the worries of the Chantilly office and Federal Communications Commission (FCC) were overridden by the FBI’s engineering office in Quantico, Virginia, which was supported by such contractors as Booz Allen Hamilton.[41] The nexus of art students, intelligence surveillance, and possible involvement in Ecstasy trafficking set off alarm bells at the highest levels of the DEA about the “art students.” The reason was simple. T2S2 systems were used in what the DEA, Coast Guard, Customs, and other counter narcotics agencies called High Intensity Drug Trafficking Areas (HIDTAs) and associated wiretap centers and surveillance teams (STs).

The following internal DEA memo points to the worries about the Israeli systems:

{start memo}
From: [DELETED]
Sent: (DELETED]
To: [DELETED]
Subject: [DELETED]
I’m not sure what is meant by “Bottom line we should have caught it.”
——Original message——-
From: Raffanello, Heidi M.
Sent:Tuesday, December 18, 2001 3:04 PM
To:Zeisset, Dale M.
Cc:Newton, Otis L; Howard, JP
Subject: Comverse
As you may have heard Security Program is briefing the Administrator[42] tomorrow morning on the Israeli students investigation to include T2S2 Comverse and JSI. This was a result of the Fox network expose on Israeli counterintelligence activities. In our discussions about remote maintenance for JSI and Comverse, we realized that Comverse remote maintenance for field systems was not addressed in the C & A process. We will approach it in the similar fashion as we did in the JSI issue, however the foreign national factor doesn’t apply. It remains unclear if Comverse personnel are security cleared and if so, who are they and what type of clearances are on record. If you have names, I can run their status in Personnel Security. If not, we will need to have Comverse and ST identify a short list of personnel that will require clearances.

On March 4, 2002, Robert F. Diegelman, the acting Assistant Attorney General for Administration, issued a Justice Department memo development, operation, management or maintenance of Department IT systems, unless a waiver has been granted by the Department CIO.”

Small teams of Mossad agents found with eavesdropping equipment are nothing new to European or American law enforcement. In February 1998, five Israelis, three men and two women, were arrested in an apartment in the suburbs of Berne, Switzerland.

The Israeli team managed to convince the police that they did not break and enter into the apartment but were there legally. The apartment was the residence of an Islamic activist. Four of the Israelis, two men and two women, were released. However, the fifth Israeli was later discovered with sophisticated surveillance equipment and a number of false passports. He was arrested, detained, and held for 65 days until Israel paid 3 million Swiss francs for his release with a promise he would return from Israel to stand trial. In July 2000, Isaac Bental, the cover name under which the Mossad allowed the Swiss to prosecute their agent, stood trial for espionage before the Swiss Federal Court. It was the first time a Mossad agent had gone on trial outside Israel.[43]

Also that Sharon’s planned speech to several thousand Zionists two blocks from the World Trade Center scheduled for 9/11 was cancelled. In addition the Israeli press admitted that Israel knew in advance and 4,000 Israeli’s that worked in the WTC were warned not to go to work on 911.

Also when I was being interviewed on a national radio show a caller verified this fact, from what he said he would have had too have been Israeli Mossad as I explained in previous columns..

As in any investigation you look for “who gains”. The U. S. and no Arab Nation gained; the only gainer was Israel. Just prior to 9/11 public opinion of Israel was at its lowest ebb. People were writing their representatives to stop all U. S. Aid to Israel because of the slaughter of innocent Lebanese and Palestinian men, women children and babies for years.

The International Red Cross and several European Nations were demanding Sharon be brought before a World Court and charged with being a “War Criminal”. The Durban Conference had just named Israel as a “Racist Nation” and 15 of the biggest international bankers were supposed to appear before congress before court closing on 9/11 to face charges of suppression of gold prices for all these years.

The documents on this were all in the FBI offices on the 23rd and 24th floors of building #1 World Trade Center; all this was forgotten after 9/11. 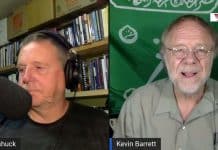 FFWN: In Which We Blaspheme Against the Sacred Vax, the Holy WHO, and the Infallible Dr. Fauci 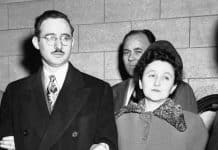