If you don’t think that Israeli spies haven’t been engaged in covert warfare online and via social media, then you have been living in a cave somewhere on planet earth.

We know for example that Israeli spies under the guise of “art students” infiltrated the United States, particularly the U.S. Drug Enforcement Agency, way back in 2002,[1] one year before the Bush administration led us to a bloody war in Iraq. Back in 2019, Insider came out with an article entitled, “A company run by former Israeli spies reportedly tried to influence a local US election — and courted Trump’s campaign.”[2] 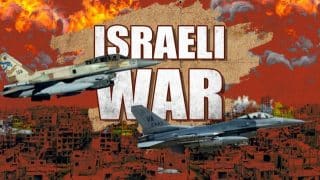 We are certainly in a war with the Israelis, who find it congenial  to call anyone who criticizes Israel a Nazi, but Israeli officials and Neoconservatives find it congenial to work with former Nazis like Otto Skorzenry,[4] who styled himself “Hitler’s most daring commando,”[5] and Stepan Bandera;[6] the United States and Israel tell us that they are fighting against gangsters and terrorists, but one of the infamous gangsters in America, Meyer Lansky,[7] was working for the Israeli Mossad.

If you still believe that Israeli spies are “the Good Guys,” then I have nothing to say to you because you have already gone too far.