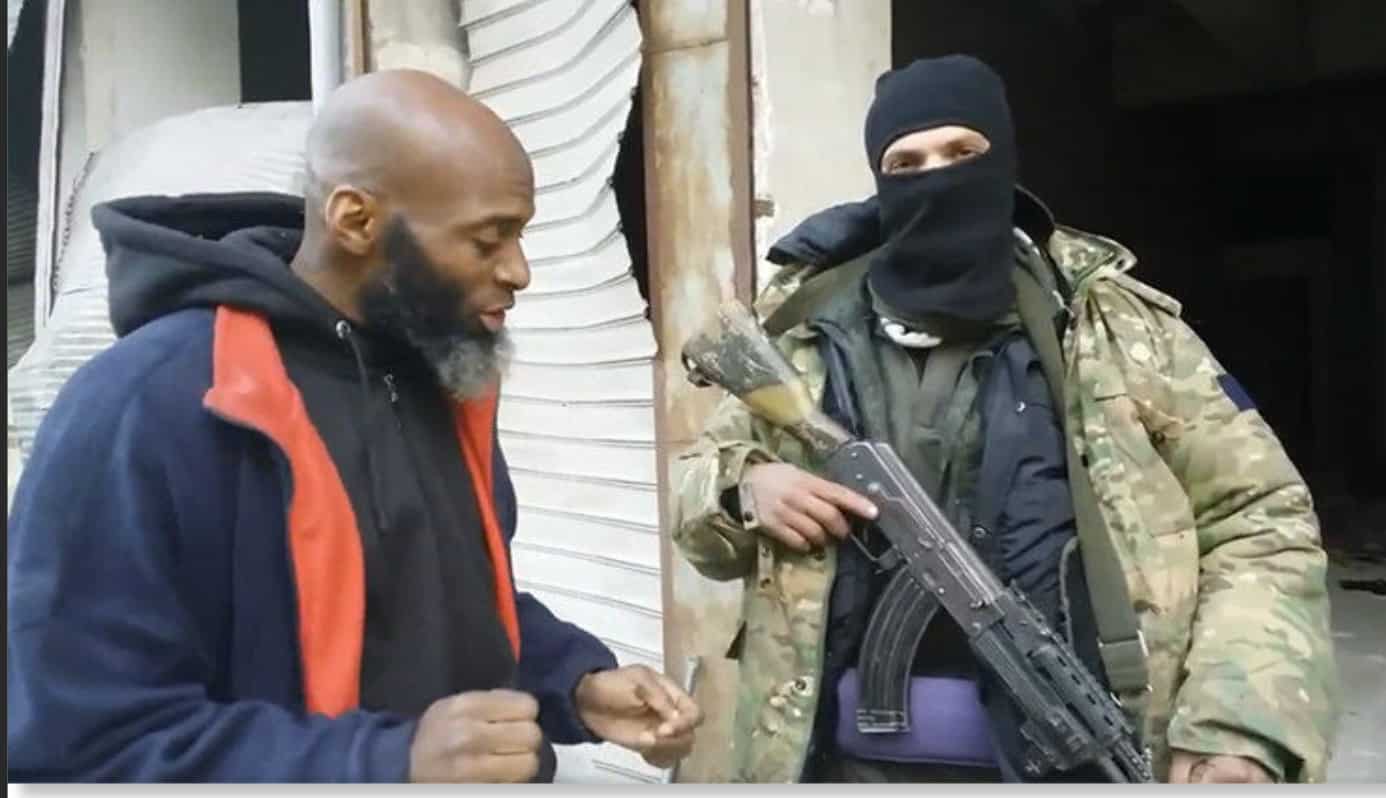 A US media personality and a prolific advocate for anti-government Islamist fighters in Syria now says the group he supported is torturing people in the city of Idlib and that he himself was abused while in custody.

Bilal Abdul Kareem is one of the more colorful figures in Syria’s protracted armed conflict. Once treated as a legitimate journalistic source by the mainstream media during the battle for eastern Aleppo, he fell into relative obscurity in the West after his close ties to jihadist forces were exposed.

This week, he gave an interview decrying the abuses of jihadist militants currently controlling Idlib, a city in northern Syria, accusing them of torturing prisoners. Now a fugitive, Kareem says he himself was abused while in their custody.

The interview published on Friday by the London-based Middle East Eye (MEE) depicts a grim picture of life in Idlib under the rule of Hay’at Tahrir al-Sham (HTS), the current predominant military force there. Kareem says the HTS leader, Abu Mohammad al-Julani, is “unfit to rule” and simply gaslighting the West when he claims that the civilian “Syrian Salvation” government is actually in charge. Al-Julani has been listed as a “Specially Designated Global Terrorist” by the US State Department, which has also placed a $10 million bounty on his head.

“I doubt that there’s one in a hundred people who could even tell you who the president of the Salvation Government is, because everyone knows that he wields no power,” Kareem said. The purported government is led by a prime minister, with the office currently held by Ali Keda, a former security official in an Islamist alliance.

Kareem added that torture is rife in prisons controlled by HTS and that he personally was repeatedly threatened with physical violence after being arrested in August 2020. Other inmates were not so lucky, he said.

“Almost every day of every week, I had to listen to the screams of torture just a few meters away from me. Everyone in the prisons can always hear the torture,” he told MEE.

Kareem was released in February and says he is now outside the territory controlled by HTS, fearing retribution. He claims his arrest was prompted by criticism of HTS’ rule in Idlib, and particularly their use of torture, which he believes to be against Sharia law.

He added that HTS was justifying what it does to prisoners by claiming it’s not torture. He said he once told a jihadist official when debating the issue: “You’re starting to sound like the Americans: ‘We’re not calling it torture. We’re calling it enhanced interrogation techniques.’ Torture by any other name is still torture.”

The accusations are quite remarkable, coming from the lips of Kareem. For years, he remained a vocal supporter of some of the most brutal jihadist groups fighting against the Syrian government. One of his first long interviews was with Abu Firas al-Suri, a senior figure in Al-Nusra Front, who was later killed in a US airstrike in April 2016.

HTS was formed in January 2017 through a merger of several jihadist groups, including Al-Nusra, whose founder and leader is the current head of the organization.

While platforming Islamist clerics, jihadist commanders and Islamic foot soldiers, Kareem was treated with respect and adoration by many mainstream media outlets, which either ignored or downplayed the implications of his associations.

In 2016, he was among the people explaining to audiences on CNN and Al Jazeera how the civilian population of eastern Aleppo was facing imminent obliteration at the hands of the Syrian government, which at the time was about to retake it from Islamist fighters. Contrary to predictions that his reporting days were numbered, Kareem left the city with his jihadist friends, releasing a video of a masked fighter wearing what he claimed to be a suicide belt on his way out.

He helped CNN to produce its Peabody-award-winning documentary about the siege of the Iraqi city of Mosul. In 2014, he was invited as a guest speaker on a panel about the “future of jihadism” at the DC-based Brookings Institution, arguing that the country needs “an Islamic solution” to its problems.

Al-Nusra Front, a former Al-Qaeda affiliate, and its HTS partners, which Kareem backed with his coverage, have been implicated in various atrocities since the early years of the Syrian war.

No one felt safe under the brutal rule of an Al-Qaeda-linked group holed up in Syria’s Idlib, refugees from the area told RT’s Ruptly video agency. Russia has warned that terrorists in Idlib are a threat to peace and security.

“The situation in Idlib, where we used to live, was like living in a prison – in every sense of the word,” Mahmoud Abdel Hamid, who managed to flee the area, told Ruptly.

Idlib, a major city in Syria’s northwest, and the territory around it are largely controlled by Hayat Tahrir al-Sham (HTS), an offshoot of Al-Qaeda in Syria formerly known as Al-Nusra Front. The group has cracked down on any dissatisfaction that has been voiced.

The moment you express your objection, you will be arrested and no one will be able to learn about your situation any more, even your first-degree relatives, like your brother. They will not disclose any information to them.

Um Heidar, who also escaped HTS rule, described how the jihadists used to “rob” the locals, and forced women to wear veils and gloves.

They made our life miserable. They prevented girls from going to school.

“We were forced to stay at home and not to go out or talk to anyone,” another woman said.

Khalifeh al-Hasan recalled how “no one was feeling safe” living under HTS in Idlib because “at any second they might be kidnapped for different reasons.”The militants did not even allow male doctors to treat female patients, Ayman Tybbieh explained. If that happened, the doctor was “beaten up with a whip and deported directly to the central prison.”

Idlib remains the last stronghold of the forces fighting against President Bashar Assad. Along with HTS, pro-Turkish armed groups are present in the area. In March, Moscow and Ankara agreed a ceasefire and joint patrols in Idlib. However, the Russian Army has repeatedly reported that HTS has been violating the ceasefire by shelling local villages, as well as Russian and Syrian troops.

Last month, Russian Foreign Minister Sergey Lavrov warned that the presence of a “wasps’ nest of terrorists” in Idlib threatens the peace and security of civilians and personnel alike.