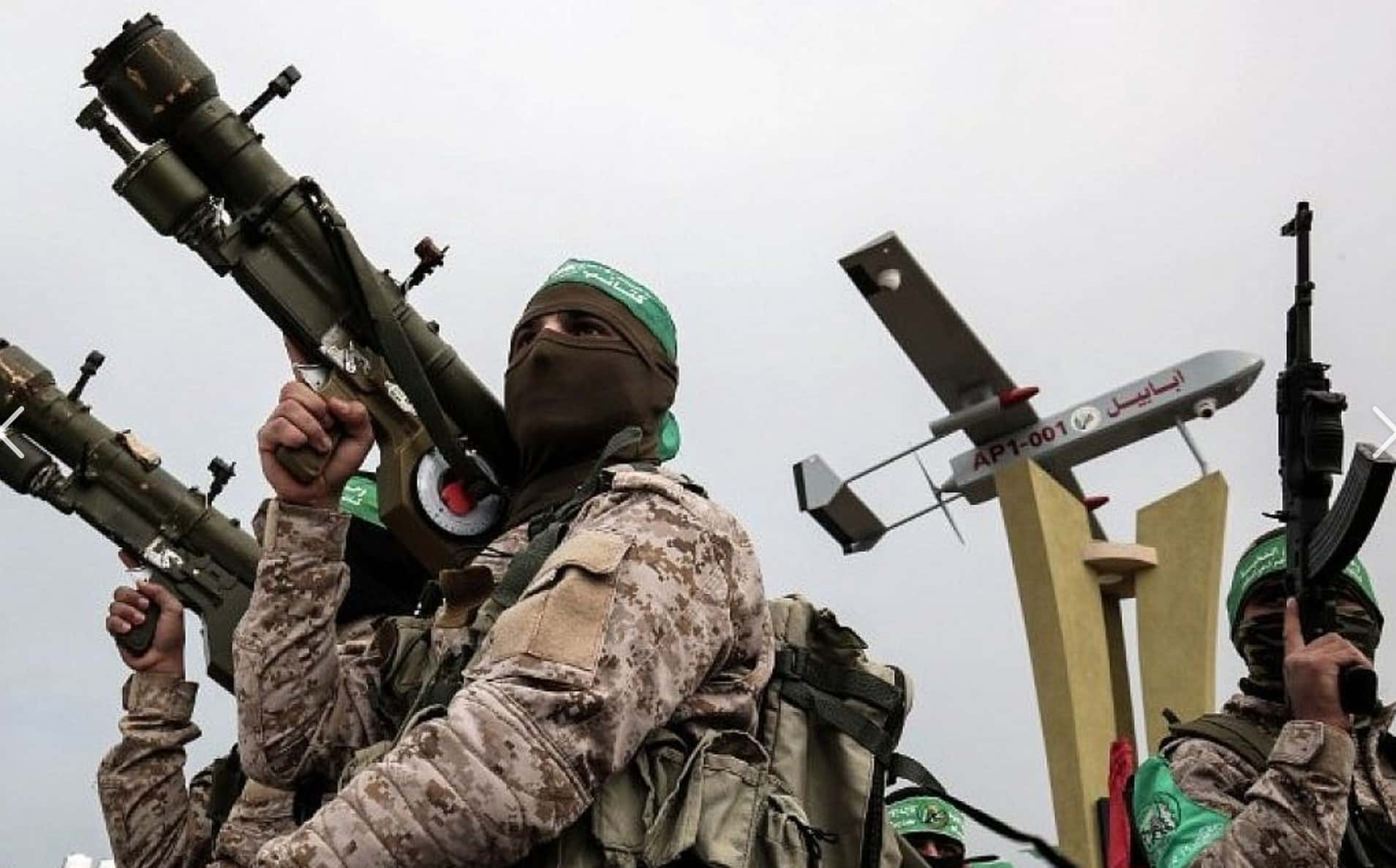 A senior official of Lebanon’s Hezbollah resistance movement has warned the Israeli regime against another military adventurism, saying the aggressors would see “fire of hell” in the event of another war.

Press TV: Hassan Baghdadi, a member of the central council of Hezbollah resistance movement, on Sunday said the Israeli regime officials should be “less arrogant” and get off the high horse of pride and arrogance.

“They (Israelis) should not err in their calculations again,” the official said. “If there is a war with Hezbollah, they will see the fire of hell as they have never imagined.”

Baghdadi said the Israeli officials “do not learn lessons” and “do not understand real politics”, adding that their “aggressive and criminal nature” leads them toward miscalculations.

This arrogance and aggression, the Lebanese resistance movement official said, would soon spell the end of the regime.

Baghdadi’s comments came days after Israel’s minister of military affairs Benny Gantz threatened Lebanon with military strikes, saying raids on Lebanon would include bigger targets than those hit during the recent aggression on the besieged Gaza Strip.

After humiliation in Gaza, Israel threatens Lebanon with war

Israel threatens Lebanon with full-scale military strikes in the event of an attack “from the north.”

“If an attack comes from the north, Lebanon will tremble… the houses in which weapons and terrorist operatives are being hidden will become rubble,” Gantz said in a speech on May 26. “Our list of targets for Lebanon is bigger and more significant than the one for Gaza, and the bill is ready to be settled if necessary.”

Gantz’s bellicose remarks came after Sayyed Hassan Nasrallah, the secretary-general of Hezbollah resistance movement, in a speech warned Israel that any aggression on holy sites in the occupied Jerusalem al-Quds would lead to regional war and destruction of the Tel Aviv regime.

“You must know that harming al-Quds, al-Aqsa Mosque, and the nation’s sanctities is different from any other aggression you carry out,” Nasrallah said. “Harming the al-Aqsa Mosque and the holy sites will not stop at the borders of the Gaza resistance, and will lead to a regional war and Israel’s destruction.”

The secretary general of the Lebanese Hezbollah resistance movement has warned Israel that any aggression on holy sites in the occupied Jerusalem al-Quds would lead to a regional war and destruction of the Tel Aviv regime.

In the recent 11-day Israeli regime aggression, at least 260 people were killed in the Gaza Strip, and thousands were rendered homeless. A large number of residential and commercial properties, including high-rise buildings housing media offices, were bombarded.

The Israeli regime forces in the occupied territories, in violation of the ceasefire agreement, continue to attack Palestinians, arrest activists and journalists and fire tear gas and stun grenades at pro-Palestine solidarity gatherings.

The provocative actions by Israeli forces have lately been reported on the Lebanon-Palestine border as well, sparking tensions in the area.

Israel’s Channel 12 reported on Monday that the regime forces fired had flares into the skies of southern Lebanon, alleging “suspicious movements” in the northern border town of Shlomi.

The report said large numbers of troops were dispatched to the scene, along with helicopters, to conduct a massive search operation.

The residents in northern occupied Palestine have been ordered to stay in their homes and avoid coming out or approaching the border areas.

It comes after a spree of arrests was carried out by regime forces as part of the so-called “Law and Order” campaign in the occupied West Bank.

Over 30 Palestinians detained as Israel intensifies campaign of suppression

On Saturday, Israeli regime forces cracked down on a protest rally in the occupied East al-Quds’ Sheikh Jarrah neighborhood, arresting a female journalist.

Footage shared online showed the forces wading right into the conspicuously peaceful rally in the area located in the occupied Palestinian territory of the West Bank on Saturday.

Amidst continued war-mongering from Israeli officials, the Palestinian resistance front has threatened to deal a heavier blow to the regime in the event of military adventures in future.

Ziad al-Nakhala, the secretary general of Islamic Jihad, announced on Sunday on the first death anniversary of the movement’s leader Ramadan Abdullah Mohammed Shalah that resistance against the arrogant, occupying powers shall continue with vigor.

He said the Palestinian resistance movement is still “in the middle of the battle”, urging all resistance groups to stand firm and have a common vision towards the imminent victory.

Hamas leader in the Gaza Strip, Yahya Sinwar, said last month that the Palestinian resistance group was capable of firing hundreds of missiles with ranges of up to 200 km towards the Israeli-occupied territories in one minute.

Sputnik Moscow: The Lebanese Shia political party and militant group has engaged in dozens of skirmishes with the Israeli military in recent years, and fought a major war against the Israel Defence Forces in 2006.

Israel is advised to stop making threats against Lebanon, and will face a previously unimaginable response in the event of hostilities with Hezbollah, Hassan Baghdadi, a member of the group’s central council, has warned.

“They should not err in their calculations again. If there is a war with Hezbollah, they will see the fire of hell as they have never imagined even in their dreams,” Baghdadi said, his comments quoted by Sputnik Arabic.

The official suggested that the problem with Israel’s leaders was that they “do not learn lessons and do not understand real politics,” and that their “aggressive and criminal nature always drives them to adventurism…adding to our faith the hope that this entity will cease to exist at a record speed.”

“We are ready as ever to protect Israeli citizens. If an attack comes from the north, Lebanon will tremble,” Gantz warned on 26 May in a speech marking the 39th anniversary of the Israeli invasion of southern Lebanon in 1982. “The houses in which weapons and terrorist operatives are being hidden will become rubble. Our list of targets for Lebanon is bigger and more significant than the one for Gaza, and the bill is ready to be settled if necessary.”

Gantz’s comments came following last month’s fighting between the IDF and Hamas, during which the Palestinian political and militant group fired thousands of rockets into southern Israel, while the IDF pounded Gaza with hundreds of missiles. The conflict, the largest of its kind since the 2014 Gaza War, led to the deaths of over 250 people in Gaza and the West Bank, and caused over a dozen Israeli fatalities. It was sparked by the Israeli Supreme Court’s threat to evict Palestinian families in East Jerusalem and police attacks on worshipers at the Al-Aqsa Mosque.

© AFP 2021 / ANAS BABA
Rockets are launched from Gaza city, controlled by the Palestinian Hamas movement, in response to an Israeli air strike on a 12-storey building in the city, towards the coastal city of Tel Aviv, on May 11, 2021
© FLICKR / ISRAEL DEFENSE FORCES
IDF Launches Massive Military Exercise to Simulate War on ‘Multiple Fronts’ Amid Flaring Tensions

Hezbollah, whose rocket and missile power is widely considered to be far greater than that of Hamas, has repeatedly warned Israel against possible aggression. Earlier this year, Hezbollah leader Hassan Nasrallah suggested that “should war erupt, Israelis will see events they haven’t witnessed since Israel’s inception,” and urged Tel Aviv not to “play with fire.”

In March, Israel’s Home Front Command stated that the country would face a barrage of as many as 2,000 rockets and missiles a day in the event of war with the Lebanese militant group, and that such an assault would pose a challenge to Israel’s military and civil defence capabilities. Even the recent clashes between Israel and Hamas proved to be a challenge for Israel’s Iron Dome defence system, with Israeli defence observers expressing concerns about the militant group’s ability to partially overwhelm air defences using massed volleys of rockets, which have shown improved range characteristics since the 2014 war.