Results of the Biden-Moon Summit and China’s Response

by Konstantin Asmolov, …with New Eastern Outlook, Moscow, …and the Institute of Oriental Studies of the Russian Academy of Sciences, a research institution for the study of the countries and cultures of Asia and North Africa.

[ Editor’s Note: There were no surprises that came for this meeting, other than the US giving its approval for S. Korea to build its own ICBMs. It seemed a strange gesture, particularly for South Korea, as that would require China to target them prior to being part of a US strike platform against China.

It’s always better to watch nuclear missiles going over your head and disappearing into the horizon, and to learn where they struck in the morning papers, as long as the wind is not blowing your way. But the mention allows Biden to claim he is ratcheting up the pressure on China, to deflect Republican claims of being weak on foreign policy.

North Korea did not get a mention, probably to want to keep the Trump fiasco in the rear view mirror, that was all showboat in his early Prez days to look like a world leader.

China holds a non military ace in the hole with S.Korea, via their huge trade volume. Chinese are averse to killing their customers, unlike what the EU, with its $100 billion per year trade surplus with Russia that happened to be equivalent to the cost of its gas imports, a win-win for both.

As Asmolov points out at the end of his piece below, China’s easiest response to Biden’s move will be to increase support with North Korea.

I wonder how Biden would look at this S. Korea visit if China asked N. Korea to let it base a defensive missile shield in N. Korea to enhance protection from a first strike attack from a New Cold War adversary… Jim W. Dean ] 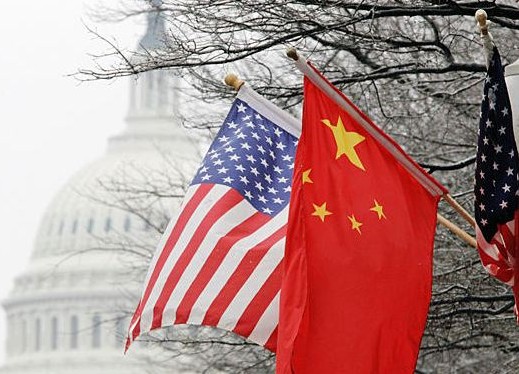 Having described the general results of the visit of the President of South Korea to the United States, we would like to take a closer look at what was the reaction of Beijing to the clearly visible anti-Chinese visit and how in Seoul they diligently pretend that “there was nothing like this and we will not get anything like that.”

You may recall that, although the PRC was not openly criticized, enough stones were thrown in their direction:

Even before the official results of the visit, the Chinese Global Times noted that “Banging the drum for the US over China’s core interests, such as the Taiwan question, is not in line with South Korea’s national interests. Doing so would be equivalent to being forced by Washington to drink from a poison chalice.”

In addition, China is a key player in solving the problem of the Korean Peninsula. The newspaper noted that the outcome of the summit will be an indicator of whether Seoul will be able to adhere to its principles and outcomes despite US pressure.

In another newspaper article, invited experts stated that “The US is rallying its allies against China, but most of the countries know that the Taiwan question is China’s red line. South Korea, a strategic partner of China, is unlikely to move strongly against China in its joint statement with the US, especially when it comes to Taiwan.”

Immediately after the summit in Beijing and Seoul, they exchanged remarks. On May 24, amid expectations that a statement following the first personal summit between Presidents Moon Jae-in and Joe Biden could cause concern in China, Chinese Ambassador to the ROK Xing Haiming assured that China is aware that part of the joint statement made at the summit between South Korea and the United States was targeting Beijing.

On the same day, May 24, a spokesman for the Chinese Foreign Ministry, Zhao Lijian, indicated that the Chinese government is concerned about the joint statement released on May 21 after the meeting of the presidents of South Korea and the United States.  “The Taiwan question is China’s internal affair.

It bears on China’s sovereignty and territorial integrity and allows no interference by external forces. We urge the relevant countries to speak and act prudentially on the Taiwan question and refrain from playing with fire.”

Zhao Lijian said neighboring countries should be careful in their rhetoric on the Taiwan issue, and there is no problem with the South China Sea since each country enjoys navigation and aviation freedom.

In response, First Deputy Foreign Minister Choi Jong Geun said on May 24 that he believed Beijing would appreciate the fact that there was no direct reference to China in the joint statement. Yes, there was talk about Taiwan, but “the fact is that we did not specify China, and at the end of the day, it contains phrases in generalities that the regional peace and stability is important.

From China’s standpoint, they will highly assess the point that the Republic of Korea did not specify China.”  Indeed, at the Biden-Suga summit, a united front against China was openly declared. And then, “stability and peace in Taiwan have a direct impact on our national interests.”

National Defense Ministry spokesman Pu Seung Chang also said that Seoul had not “considered the impact on neighboring countries when it came to the abolishment of the missile guidelines,” and there were “no complaints from China.”

On May 25, a spokesman for the South Korean presidential administration, Lee Ho Seung, said that some media reps predict that, due to the agreements reached during the South Korean-American summit, Beijing may impose measures of economic retaliation against Seoul, similar to those adopted several years ago in protest against the deployment of American THAAD anti-missile defense systems on the territory of the Republic of Korea, but those predictions are excessive.

“China is a neighboring country and a very important economic partner. In this sense, both countries are trying to strengthen their bilateral relations.”

On the same day, May 25, Foreign Minister Jung Ui Young noted that “in light of the special relationship between South Korea and China, our government has refrained from making specific comments on China’s internal affairs,” a position that was reflected in the joint statement from the summit last week with the United States.

Importantly, he said that in response to the question of why the joint statement, which called for improvements in the human rights situation in North Korea, did not mention human rights issues in Xinjiang and Hong Kong.

In connection with the mention of the Taiwan Strait, Chong reiterated that the question was added in order to emphasize the importance of maintaining regional peace and stability in a general sense:

“We are fully aware of the unique relationship between China and Taiwan. Our government’s stance has not changed“. Jung Ui Young emphasized that “the reference to the Taiwan Strait was on a theoretical and principled level.”

On May 26, in an interview with MBC, Xing Haiming reiterated his discomfort over the joint statement made at the summit: the South Korean side explained its position to us, but from our point of view, Taiwan is an internal matter of China.

Xing stressed that South Korea had already recognized Taiwan as part of China when it opened diplomatic relations in 1992, and the author remembers how, in this regard, the huge embassy complex was ordered to the Taiwanese side to be cleared in two days, after which it was solemnly handed over to the PRC.

The ambassador also took issue with the statement’s mention of the South China Sea, reiterating Beijing’s claim that there has been no problem regarding the freedom of transit in the strategic waterway. In general, “It is up to the Seoul government to independently engage with the U.S. based upon the consensus of the South Korean people”.

But while the official Seoul has shown a strange mixture of arrogance and complacency, the media and experts are more skeptical. According to Kim Hyun-gyu, director of the Institute for American-Chinese Policy at Aju University, Moon’s government has actually taken a position of adhering to the policy of containing China, although, compared to Japan, it has used a relatively more cautious tone and rhetoric.

According to Kim, the PRC will adhere to a cautious approach and refrain from direct pressure on Korea, which could push Seoul towards further rapprochement with the United States.

But when it is seen that Korea’s strategic position has crossed China’s red line, Beijing will impose restrictions much tighter than in 2017. In addition, China will more actively consider the issue of President Xi’s visit to Korea in order to sort of balance positions.

A May 26 Korea Times editorial noted that Beijing’s reaction did seem to be milder than its protest against the joint statement issued by Biden and Japanese Prime Minister Yoshihide Suga, which explicitly referred to China. However, President Moon may face a diplomatic dilemma with China following the better-than-expected summit with Biden.

Beijing has regarded Seoul as the weakest link in the Washington-led campaign against it. A strengthened Korea-US alliance could deal a blow to China’s efforts to lure Seoul to its side to counterbalance America’s containment policy. And push it to take additional actions in this direction.

After that, the topic disappeared from the news, but the author would summarize as follows:

Konstantin Asmolov, PhD in History, leading research fellow at the Center for Korean Studies of the Institute of the Far East at the Russian Academy of Sciences, exclusively for the online magazine “New Eastern Outlook”.