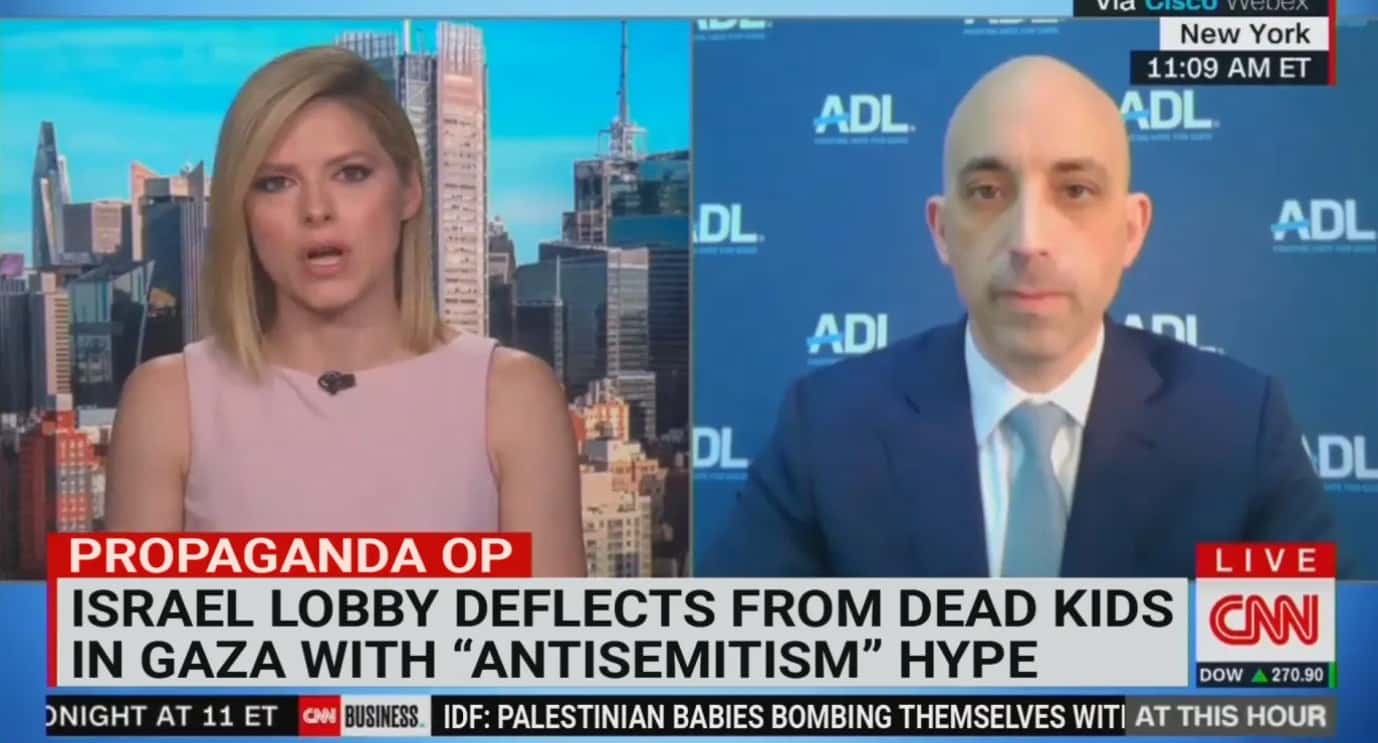 By Max Blumenthal for the Grey Zone

Following an 11-day assault on the Gaza Strip in which the Israeli army killed over 220 people, including more than 65 children, and days of videotaped rampages of Jewish extremist mobs against Palestinian people and property inside Israeli cities, Israel lobbyists in the US and Canada have launched a carefully coordinated public relations campaign to deflect outrage.

Having failed to successfully defend massacres of entire families in their homes and the deliberate demolition of civilian residential towers and media offices in Gaza City, the US Israel lobby and the Israeli government it advocates for have manufactured an epidemic of antisemitic violence with the goal of portraying American Jewry as the true victim of the crisis.

Led by the Anti-Defamation League (ADL), Israel lobbyists have portrayed a series of street scuffles between supporters of Palestine and pro-Israel activists as anti-Jewish pogroms. In nearly every case, no evidence exists to substantiate claims that Jews were targeted as Jews for violent assault. There is ample proof of deception, however, as video and photographic evidence reveals pro-Israel elements provoking demonstrators, initiating violence and falsifying or embellishing their testimonies.

Since the Israeli government and Palestinian political factions signed a ceasefire, the media has provided Israel lobbyists with an uncritical platform to baselessly accuse Palestine solidarity activists of triggering a wave of antisemitic violence, and even claim without a shred of evidence that Jews are being hunted in their homes.

Everyone from President Joseph Biden to members of the progressive congressional “Squad” have lent their voices to the chorus of condemnation. Meanwhile, celebrity influencers have posted blue squares on their Instagram accounts to symbolize solidarity with an American Jewish community supposedly under siege.  read more..