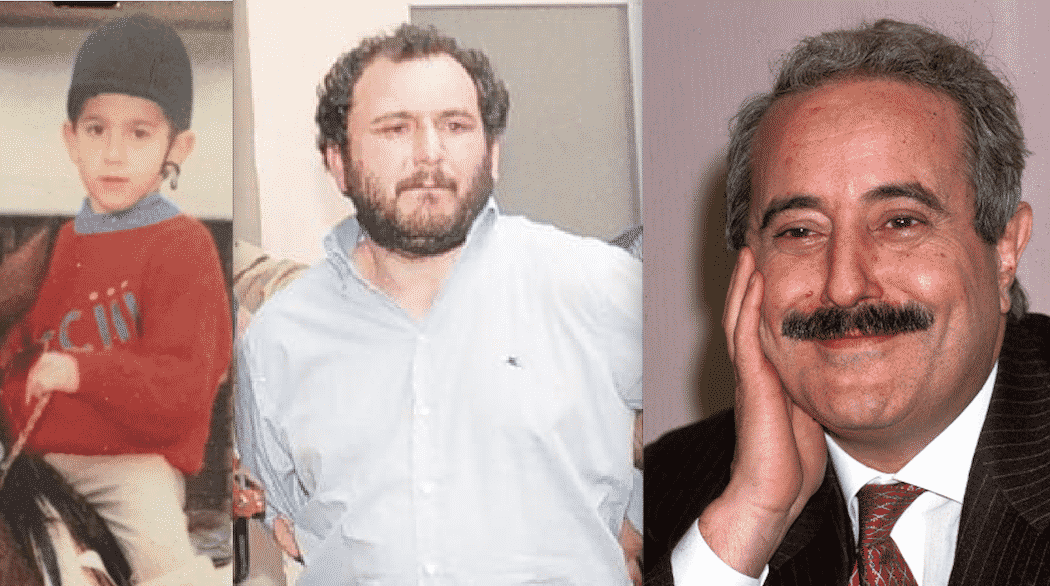 In the cover image the repentant mobster Giovanni Brusca between two of his 150 victims: the child Giuseppe Di Matteo and the judge Giovanni Falcone

«‘U verru, that is the pig, as they called Brusca, knew Giuseppe, my son, as a child. He played it together with the play station. Yet he made it dissolve in acid. And this horror can be paid for in twenty years? I can’t even cry on a grave and I imagine him ready for a walk. Maybe in Altofonte. Or in a café in front of the Teatro Massimo in Palermo. I hope I will never meet him, as I ask the Lord. If that happens, I don’t know what might happen».

Speaking is Santino Di Matteo, the father of 13yo killed by the mafia killer Giovanni Brusca, released from prison after 25 years for the benefits of the laws on the repentant of the Sicilian Cosa Nostra. Brusca, the sixty-four year old from San Giuseppe Jato, in the Palermo area, one of the most ruthless and faithful men of Totò Rina and the Corleonesi who controlled the Sicilian Cupola (the Mobster’s Dome) for a long time with murders and massacres, should have come out of the Roman prison of Rebibbia and was released with a year advance for “good behavior” arousing the indignation of politicians, anti-mafia magistrates but above all of the relatives of the victims of his approximately 150 murders including the attacks on judges Giovanni Falcone and Paolo Borsellino blown up with TNT together with the men of their buffer stock. It was Brusca who held the remote control for the detonator of the Capaci massacre, in which Falcone was killed, but also triggered the fatal bomb for the killing of judge Rocco Chinnici, head of the Palermo Direction Judicial office.

The early release was the “drop” that broke a jar full of slime also due to the inability of Italian justice to shed full light on the massacres despite the repentance, which took place in 2000, of the same mafioso who was one of the criminal minds. However, from his revelations came sentences on many mafia murders, on the 1993 attacks in Rome and Florence.

BRUSCA KILLED A PREGNANT GIRL WITH NO REASON

Many outraged reactions, such as that of Tina Montinaro, widow of the foreman of Falcone’s security team, killed in the Capaci massacre: «I am indignant – she told the AdnKronos agency -. After 29 years we do not know the truth about the massacre and Brusca is free». Maria Falcone, Giovanni’s sister, commented: «Humanly it is news that pains me, but this is the law, a law that my brother also wanted, and therefore must be respected».

The mobster, a fugitive, was arrested together with his brother Enzo in Cannatello, a fraction of Agrigento, on 20 May 1996 thanks to a brilliant operation by the men of the Palermo Mobile Squad: the video of the entrance to the Police Headquarters of the siren police car explained with hooded-faced agents sitting outside the windows with arms raised in victory he went around the world. Because, as he recalls, the repentant Di Matteo, not only killed his son and planned the massacres of Capaci and via D’Amelio, but also made other barbarities.

«The law cannot be the same for these people. Brusca deserves nothing. Besides my son, he also killed a 23-year-old pregnant girl, Antonella Bonomo, after torturing her boyfriend. She strangled, for no reason, without her knowing anything about their business and threats. These people are not part of humanity» adds the father of little Giuseppe. On the ethical profile, dozens of books could be written on the penalty discounts reserved for “reliable repentants” which allowed Brusca to be sentenced not to life imprisonment but to 26 years in prison.

TO THE MOBSTER TRIPLE PAYMENT COMPARED TO THE PENSIONERS

But his release highlights another perhaps even more sensational and macroscopic contradiction within the state from the point of view of social assistance and in particular from the economic aspect. While recognizing the release as legitimate by virtue of the regulatory provisions in favor of repentants, it is disconcerting to learn that the “minimum vital” applied by the Ministry of Justice to mafia members who have become collaborative is about three times that recognized by the Ministry of Labor and Social Security for honest pensioners.

«Now, for the boss, a free life in a top secret location, a new passport and maintenance allowance. Meanwhile, for four years, he will still have to respect the probation regime and, probably, the obligation to stay in the secret place where he now resides. The pact with the state is that he will not have to go back to a crime and will not be able to violate the rules set out in the protection program. There is no precise information on how much Brusca will take in compensation. As reported by Corriere della Sera, in general the “salary” for collaborators of justice varies between one thousand and one thousand and 500 euros per month» writes the Italian newspaper Il Giornale

He will then receive a luxury state allowance when compared to that of retirees with the minimum. In our system there is a law (L. n. 638/1983) which guarantees an economic benefit for all pensioners who receive a pension that is too low, below the minimum levels of the law.

If the Italian state wants to make the many citizens who rightly want him in prison swallow the toad of Brusca’s liberation, it must at least give a signal to honest pensioners by raising their “minimum” to at least one thousand euros of the vital minimum reserved for repentant mafia members .. .