Home Investigations The Novichok Chronicles: A Tale of Two Hoaxes 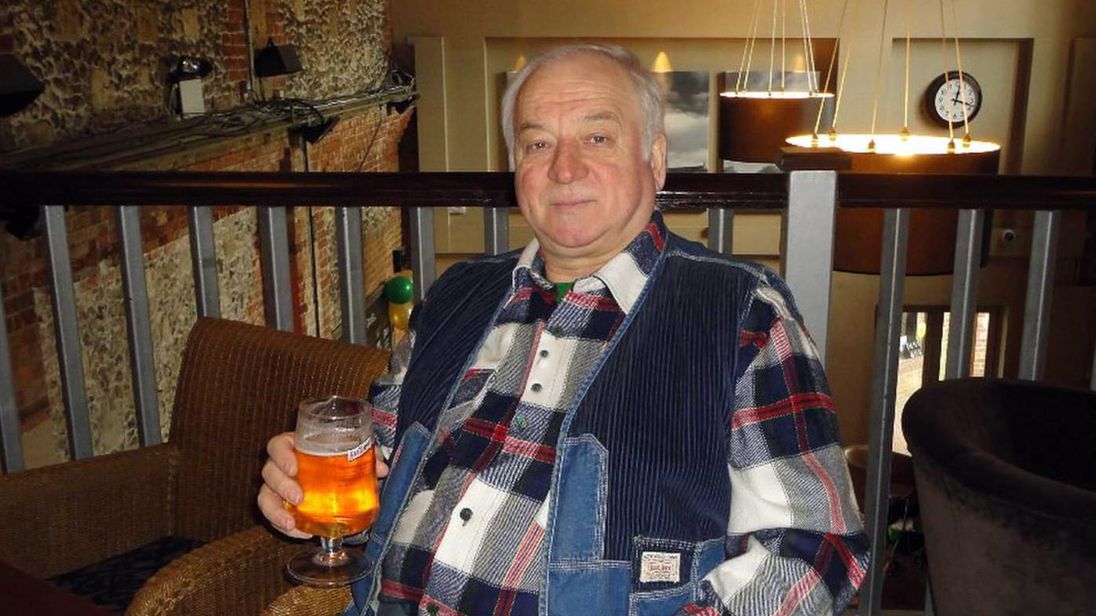 Kollerstrom was widely cited in the scholarly literature[2]—until he began to look at chemical evidence for how Zyklon was used during World War II. Graham Macklin, manager of the research service at the National Archives, scorns at Kollerstrom’s claims that Auschwitz-Birkenau had a swimming pool for inmates and that the inmates themselves used to listen to orchestras.[3]

Kollerstrom is the author of the recent book, The Novichok Chronicles: A Tale of Two Hoaxes. 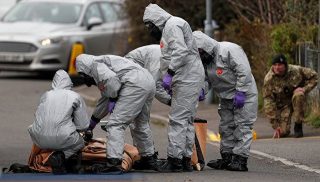 JEA: Can you lay out the thesis of the book for our readers here?

The Skripal incident was set up by British intelligence to frame Russia with a pretence of two Russian citizens being poisoned by a somewhat imaginary ‘Novichok’ poison. The event happened in the town of Salisbury back in March 2018. Since then five people have allegedly been poisoned by this substance, all of whom have recovered – the two Skripals, then the police inspector Nick Bailey – supposedly at the scene of the original poisoning – then a few months later the drug addict Charlie Rowley and lastly the US-funded Russian demagogue Alexei Navalny.

JEA: In your view, was this a covert operation to create political conflict against Russia?

NK: The whole case was beginning to look ridiculous except that one real death was alleged, of the homeless drug addict Dawn Sturgess, in Amesbury twenty miles north of Salisbury, and that was several months after the Skripal incident. A harebrained story was cooked up whereby the two Russian who allegedly smeared Novichok on the Skripals front door somehow left some of it so that it came to poison her. But, no coroner could be found, despite the immense political pressure, who would certify that she had died of ‘Novichok.’ In consequence, that whole case has now been transferred to the prestigious Royal Courts of Justice in London, presided over by Lady Justice Hallett – and let us not doubt that she will succeed in getting a verdict of death by Novichok and ascertain that the Russians are to blame.

JEA: So what happened after the debacle?

NK: A few days after the Skripal event, the British cabinet was fairly united by a ‘Russia did it’ conviction. This was not based on any evidence, but solely on an analogy constructed with the ‘Litvinenko affair’ which happened some years earlier. Because of this my book has a threefold structure: Litvineko 2006 then Skripal 2018 then Navalny 2020. I firstly examine the poisoning of Alexei Litvinenko by polonium-210 in 2006 and the British allegation that some Russian agent did it. This involved the allegation that Mr. Lugovoy, a Russian businessman and member of the Russian parliament was meeting him for tea in a London hotel, and put polonium into the teapot! Mysteriously, no-one else but Litvinenko was affected. Lugovoy was mystified as to what motive he was alleged to have had, to poison his old friend.

The second part following on from this is the Skripal story. That event was the basis for a couple of hundred Russian diplomats being expelled, from NATO nations. Only the cat has died – the Skripals cat had to be put down – but yes that was enough for a mass expulsion of diplomats. Then Part Three covers what is in many respects a similar event: the Russian political blogger Navalny collapsing on a plane. The plane made an emergency landing and he was rushed to a Russian hospital, where the doctors may have saved his life and stabilised his condition. Pressure was exerted for him to be flown out to a German hospital,  and Putin agreed – and upon arriving there the doctors soon diagnosed ‘Novichok.’

I’m claiming that these events belong together, i.e. there is a real threefold structure, each involving complicated webs of deception that are set up to blame Russia, woven primarily by British intelligence.

JEA: Why have the oligarchs and political gangsters been targeting Russia over the past six years or so? Walk us through the process here.

NK: At the Davos Forum in January of this year President Putin expressed his great hope of a Europe at peace with itself and the Iron Curtain as a mere historic memory. The immediate prospects were not looking good, he admitted:

“Humanity is at risk of losing entire civilizational and cultural continents. Our common responsibility today is to avoid such a prospect, which looks like a gloomy dystopia, and to ensure development along a different, positive, harmonious and constructive trajectory.”

Yet nonetheless he remained hopeful:

“If we can rise above these problems of the past and get rid of these phobias, then we will certainly enjoy a positive stage in our relations. We are ready for this, we want this, and we will strive to make this happen. But love is impossible if it is declared only by one side. It must be mutual.”

JEA: How did the mass social media in the West respond to his speech?

NK: This speech was unreported by the western media, being drowned out by the Navalny issue – the latter was then releasing his anti-Putin video which supposedly gained over one hundred million views.

That hope has now been more or less terminated by the ‘Axis of Evil’ US/UK. This is dedicated to Eternal War, i.e. no-one can possibly imagine these countries being governed without a defined Enemy and without being at war. At a 2017 EU summit Theresa May averred that Russia had become ‘the Enemy’ and announced plans to designate Russia as a ‘hostile state,’ pledging to spend in excess of £100 million over the next five years in pursuit of this aim! That attitude is by no means shared by the British people who do not in general perceive Russia as an enemy. Had not the Cold War been left behind in the last century and was not Islamic terror the main ‘enemy’ of the 21st century? Was it not enough to bomb all of those Muslim nations, to reactivate the old Iron Curtain of Europe, so that NATO tanks could keep milling around as if WW2 had hardly ended?

JEA: What was the primary reason of the Navalny-Novichok deception?

NK: The primary purpose of the Navalny-Novichok deception was termination of the Nordstream-II pipeline. When complete that will deliver one hundred billion cubic metres of natural gas yearly from Russia to Germany. NATO and the US have been desperate to stop it, because once it starts flowing it will greatly undermine the ‘Phantom Menace’ enemy imaging, and will tend to promote economic and cultural exchange. Both of the two great nations of Germany and Russia have been heavily demonised by the US/UK and I suggest world peace may depend upon their friendship.

The new cold warriors promoting the hate-inducing illusory narratives are the Institute for Statecraft, Integrity Initiative, Bellingcat, the 77 Brigade, all linked to CGHQ in Cheltenham, and having ties to the War Studies department at King’s College London. They share a sort of James-Bond type ideology.