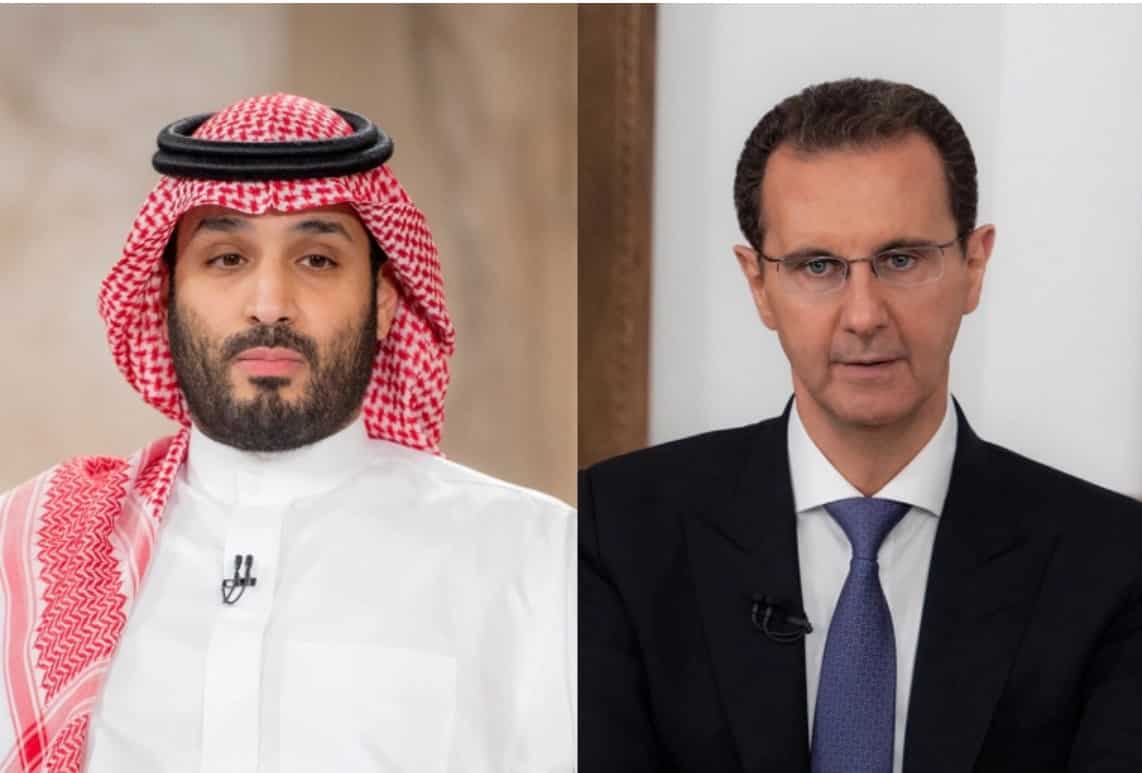 President Bashar al-Assad’s government, as Riyadh jockeys to play a lead role in removing the Iranian presence from Syria, Al Jazeera has been told by those with close knowledge of the discussions.

According to a senior official from the Syrian opposition Free Officer’s Movement, who maintains close contacts within the Saudi Ministry of Foreign Affairs and General Intelligence Directorate (GID), “the political mood within the House of Saud has changed, many senior royals, particularly Mohammad bin Salman [MBS] himself, are keen to reengage with Assad”.

“The prevailing attitude can be defined as, ‘times have changed, the Arab Spring is history and the region is transitioning towards a new future, with new geopolitical characteristics,’” the official, who himself recently reconciled with Damascus after defecting to the Syrian opposition in the summer of 2011, added.

The discussion with Al Jazeera came on the heels of a report in early May, which claimed Riyadh had dispatched an intelligence delegation led by GID Director General Khalid Humaidan to Damascus to engage in discussions on the possibility of detente between the two erstwhile foes. Also in May, Syria dispatched its first ministerial delegation in 10 years to Riyadh, led by the Minister of Tourism Rami Martini.

From the Syrian conflict’s earliest days, Saudi Arabia had been a key player in supporting the proxy war aimed at toppling al-Assad. Riyadh supplied an array of local rebel groups with finances and weaponry, including US-made anti-tank missiles, as part of the effort. The campaign faltered following larger counter-interventions by al-Assad’s chief foreign patrons, Russia and Iran.

However, Saudi Arabia now appears to view the corridors of power in Damascus as an expedient avenue for shoring up its broader regional interests.

According to a Damascus-based official from the Syrian Ministry of Foreign Affairs who was privy to the recent talks with Riyadh, “MBS is engaged in efforts to defuse tensions with The Islamic Republic of Iran by engaging with Syria.”

According to the official, “MBS instructed his team to reassure Syria that he does not want regime change against Bashar, and that Syria, as a brotherly Arab nation, should naturally be close to Saudi Arabia”.

The official claimed this was “clearly also intended as a signal” to the Iranian leadership that Riyadh “recognises that the side of the war in which … [Iran] most heavily invested won, and that it will not try to challenge that reality”.

The official, while refusing to confirm, also alluded to the possibility of an Iranian presence at the Damascus meeting, saying, “let’s just say the Iranians were immediately very welcoming to what they heard”.

Both sources spoke with Al Jazeera on condition of anonymity because of sensitivity over the issue.

In May, Iraqi President Barham Salih confirmed reports from April that said Saudi Arabia and Iran held bilateral talks in Baghdad in a bid to soothe simmering tensions. Allegedly, those discussions focused largely, although not exclusively, on resolving the war in Yemen, where the Royal Saudi Air Force has been engaged in an air campaign since mid-2015 against Iran-aligned Houthi rebels.

An official from the Saudi Ministry of Foreign Affairs would not comment to Al Jazeera on whether the Damascus talks focused on bettering relations with Iran, but did say, “the time has come to accept that Syria, as it is, is an indelible part of the Arab landscape”.

However, while simultaneously seeking to cool tensions with Iran to avoid military conflict, Saudi Arabia’s effort also constitutes the reincarnation of the decades-old quest among Sunni Gulf monarchies to peel Syria away from Tehran’s strategic orbit.

This is now seen as all the more urgent as the tide of the Syrian civil war recedes and Iran continues to reap the post-conflict benefits of its intervention by establishing a deep and influential foothold across government-held areas, particularly in the form of a vast network of Shia militias and institutions.

According to the well-connected figure from the Free Officer’s Movement, “the Saudi officials made clear to the [Syrian] government that they want to re-normalise relations, but any support for Syria in the diplomatic field will need to be preceded by signs that Assad is serious about reducing the influence of the Iranian hand in Damascus … expelling the Iranian militia, and ending [Iran’s] and Hezbollah’s exploitation of Syria as a giant military base.”

Yet, even if al-Assad had the political will to do so, it is doubtful he has the capability to extirpate Iran’s vast network of proxy militiamen, whose help he needs to keep the remnants of his armed opponents at bay.

As Syrian analyst Samir Altaqi recently wrote, “the Syrian army is fractured and weak … Assad is in no position to substitute or even confront the vitally needed and deeply rooted pro-Iranian forces in Syria”.

According to the Free Officer’s Movement official, the Saudis appear to have for now accepted this strategic reality, and have offered the Syrian government something of a compromise position on the Iranian presence.

“The Saudis acknowledge that the Iranians will continue to have covert political influence in Damascus as they do in Baghdad, but they and the UAE [United Arab Emirates] want Assad to pressure the Iranians to at least reduce their build-up of strategic military assets, like the missile storage and production bases.”

The Saudi-Syrian dialogue follows a recent Russian-facilitated meeting held between representatives of the Israeli and Syrian governments, at which Iran’s military presence was also discussed.

Riyadh, according to the Syrian foreign ministry official, “sees our talks with the Israelis as a possible prelude to behind-the-scenes talks with the US, especially at a time when the new Biden administration wants to leave the Middle East and may, therefore, accept the status-quo in Syria”.

An official in the Biden National Security Council, however, poured cold water on the idea of any rapprochement with al-Assad’s government.

“The United States supports free and fair Syrian elections as called for under UN Security Council Resolution 2254. We will not give legitimacy to the murderous Assad regime. Our allies in the region will do what they see as in the interests of their national security. However, we believe it is in their best interests not to engage with Assad,” said the US official, also on condition of anonymity.