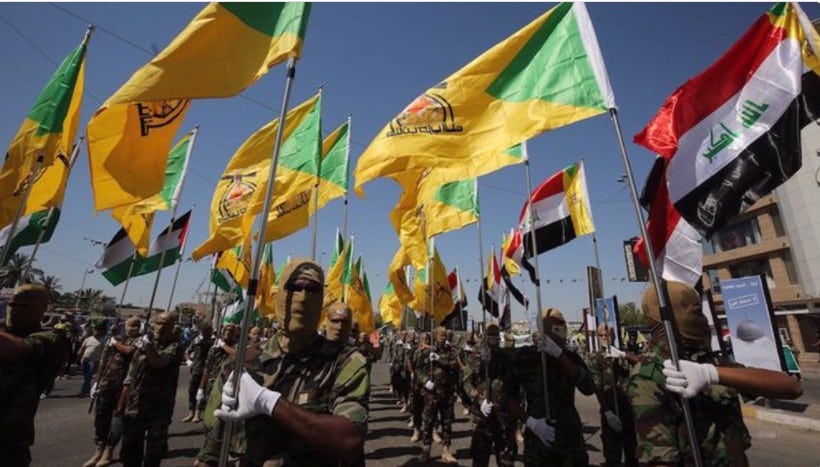 Iraq’s anti-terror group Kata’ib Hezbollah has warned that its forces will take American troops stationed in the Arab country by surprise, if they refuse to leave despite the parliament’s decision to expel them from Iraq.

Press TV: “If the American forces do not leave the country, we will take them by surprise,” al-Mayadeen television news network quoted Muhammad Mohi, a spokesman for Kata’ib Hezbollah, as saying on Sunday.

Any possible future attack on the US forces in Iraq will be carried out by the Islamic resistance forces, not the country’s Popular Mobilization Units (PMU), the spokesman said, alluding to the fact that the PMU has been integrated into the Iraqi army and is now part of the country’s armed forces.

In another part of his statements, the spokesman warned about infiltration of Iraq’s intelligence services by foreign elements, noting that the infiltration is aimed at reviving the Daesh Takfiri terrorist groups in the country.

He emphasized that the repetition of Daesh in Iraq should be prevented at any cost, noting that the main goal of this conspiracy is to bring down the political system in Iraq.

Kata’ib Hezbollah had already warned that a “tougher and stronger” confrontation awaits US forces should they defy a timetable set for their withdrawal from the Arab country.

Speaking in early November 2020, Mohi referred to a statement by the Iraqi Resistance Coordination Commission, which warned that the next stage of the resistance will soon happen, saying, “This stage may be tougher and stronger featuring new types of weapons.”

Iraq’s anti-terror Kata’ib Hezbollah group warna that a “tougher and stronger” confrontation awaits US forces should they defy a timetable set for their withdrawal.

In early 2003, the United States invaded Iraq under the later debunked pretext that the regime of Saddam Hussein possessed weapons of mass destruction.

It withdrew soldiers from Iraq between 2007 and 2011, but redeployed them in 2014 along with other partners to allegedly counter the threat of Daesh.

Since then, Washington has been fabricating scenarios to prolong its presence in Iraq in defiance of an Iraqi parliamentary resolution that requires the forces to leave.

Baghdad and Washington have in recent months held several rounds of strategic talks on the pullout.

Iraqi resistance groups fire ‘all their weapons’ against US troops if they fail to withdraw: Kata’ib Hezbollah

An Iraq’s prominent resistance group says US troops must leave the country or they will be targeted by all weapons of the resistance factions.

All resistance factions in Iraq agreed in October 2020 to suspend attacks on US occupation forces provided that the government presents a timetable for their withdrawal.

They called on the government to implement the January 5, 2020 parliamentary resolution on the expulsion of all foreign military forces led by the United States.

The resolution was adopted two days after Iran’s legendary anti-terror commander Lieutenant General Qassem Soleimani and his Iraqi trenchmate Abu Mahdi al-Muhandis, the deputy head of the PMU, were assassinated in a drone strike authorized by then US President Donald Trump near the Baghdad International Airport.

Iraqi Prime Minister Mustafa al-Kadhimi says Baghdad has over the past months managed to expel more than 60 percent of American occupation forces amid unwavering calls for the pullout of foreign troops from the country.

Iraqi Prime Minister Mustafa al-Kadhimi said earlier this month that Baghdad has managed to expel more than 60 percent of the US forces.