[ Editor’s Note: My, my, color me surprised. I never would has expected the removal of sanctions to have ever been mentioned until it was a done deal. Something else must be going on that we cannot see.

All I can suspect at this point, that would justify this early mention of sanctions removal being viewed as a ‘must do’ item, is that the hinting about other regional issues being dealt with are part of a package deal.

The Iranian elections have been a bump in the road up until this point. But at the end of the day, any Iran political decision will have to be confirmed by the religious leader, and we have no tea leaves to study on that.

The good news is that the talks have not blown up to this point, a sign that such would be a loss for the participants, showing that good faith is still present on the current stage… Jim W. Dean] 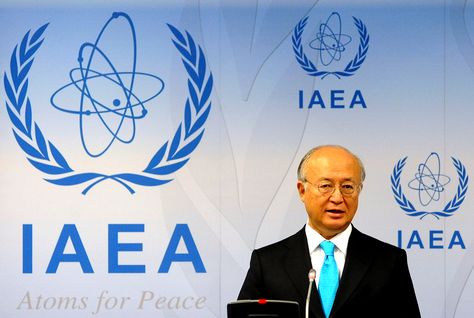 The director general of the International Atomic Energy Agency (IAEA) says “political will” is needed from all parties to the Vienna talks aimed at reviving the 2015 Iran nuclear deal for the negotiations to come to a conclusion.

“The discussions that have been going on for weeks have dealt with very complex and delicate technical questions, but what is needed is the political will of the parties,” Rafael Grossi said in an interview with Italian daily La Repubblica published on Wednesday.

The sixth round of talks in the Austrian capital to revive the deal, called the Joint Comprehensive Plan of Action (JCPOA), resumed in Vienna on Saturday between Iran and the remaining parties to the accord, namely the UK, France, Russia and China plus Germany.

The US, whose withdrawal from the JCPOA in 2018 has put the deal in limbo, is not directly attending the talks as it is no more a party to the agreement, but has held separate negotiations with other parties.

The IAEA does not take any direct part in the negotiations as it is not a member of the JCPOA and is solely responsible for verifying Iran’s implementation of the deal.

The EU and the US have confirmed that the removal of sanctions on Iran constitutes an essential part of the Iran nuclear agreement.

Since April, the remaining parties to the deal have held intensive talks on revival of the JCPOA and bringing the US to compliance.

Elsewhere in his remarks, Grossi said reviving the 2015 Iran nuclear accord will have to await the formation of a new Iranian government as Iran’s presidential elections are due on Friday.

“Everyone knows that, at this point, it will be necessary to wait for the new Iranian government,” he said. This comes as Iranian Foreign Ministry Spokesman Saeed Khatibzadeh said that the Vienna talks have nothing to do with Iran’s internal affairs.

“The Vienna talks have nothing to do with Iran’s internal affairs, and the remaining issues require decisions to be made in the capitals of European countries and the United States,” Khatibzadeh said at his regular press conference on Monday.

He also said about the sixth round of Vienna talks that “it is too soon to judge the outcome of the talks of this round and it is unlikely that this round will be the last round of talks.”

Iran top negotiator: We need to have a good deal to address our key concerns, meet our key objectives

Meanwhile, the Russian ambassador to the international organizations in Vienna, Mikhail Uliyanov, said an agreement on reviving the JCPOA before Iran’s June 18 presidential election may not be possible, and talks will continue after the vote.

“Negotiations will continue and negotiations should not be affected by the election process,” he told in an interview with Interfax, IRNA reported.

Asked if he agreed with statements that the talks in Vienna had stalled, Ulyanov said, “I believe such an assessment is incorrect and untrue. Although progress has not yet been made as fast as we would like, the process is evolving.”

According to him, efforts are underway to finalize the original text of the agreement, and the goal is to reach an agreement to fully revive the JCPOA.

The G7 leaders say the restoration and full implementation of the JCPOA will help all parties to address regional and security concerns.

“This presupposes brave decisions, which will have to be taken quickly, because we all share the observation that time is not on anyone’s side,” she said at her press briefing on Wednesday.

“We remain, with our partners, fully mobilized in order to find a diplomatic solution allowing the return of Iran and the United States to the full implementation of the JCPOA,” she added.

Former US President Donald Trump withdrew his country from the JCPOA in May 2018 and reinstated the sanctions that had been lifted under the accord.

His predecessor Joe Biden has expressed willingness to return Washington to the landmark deal but has failed to take any concrete action toward the goal.

Tehran says it wants full removal of sanctions that can be verified before it reverses its countermeasures taken in response to US violation of its obligations.