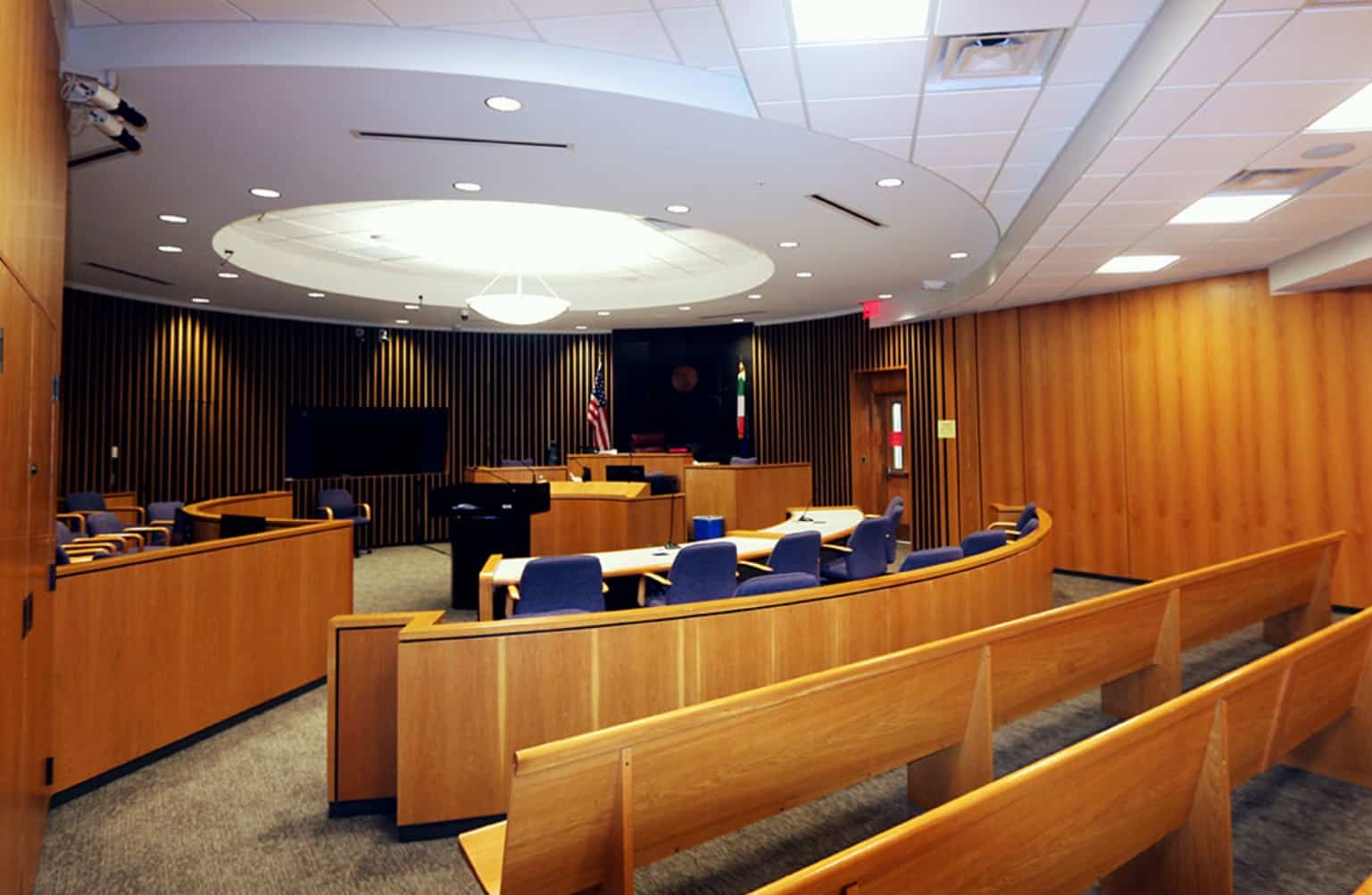 By Chris Morrison for VT

The national public needs to understand the reality of our most powerful predatory institution called the judiciary. This is where predation reigns supreme and remains unaccountable with judges above the law. The corruption is endemic- America’s justice system is a microcosm of widespread judicial corruption and dysfunction. My book: JUDICIAL CRIMINALS: The greatest Fraud Upon American Society – America’s Legal System  was written to compel Michigan state legislators to conduct oversight hearings with citizen testimony.

Then state senators can create legislation to hold judges and their judiciaries accountable and liable to compensate the victims of their abuse of power because all are equal before the law. For example, judges recklessly do wrong to people’s detriment under a doctrine of absolute judicial immunity.  Family court judges have become petit tyran-or “miniature dictators,” operating in an environment detached from the rule of law. The misconduct and corruption I experienced firsthand were protected by judicial absolute immunity. The haven by self-policing and self-immunization of judicial misconduct must be repealed.

Michigan Democratic State Representative Stone read my book and responded on November 19, 2019: “With that all said, it is still well documented that either recourse is an uphill, and sometimes impossible, battle for a person when looking for judicial recourse and is in need of reform. Our office will continue to look into different opportunities that would offer effective and responsible reform”.  Evidence of family court judges’ unaccountability is presented @ www.judicialcriminal.com that documents Michigan family court judges’ abuse of power and blowing the whistle on the connivance between power and politics.

Family courts systematically and arbitrarily removes one of the parents from the child(rens) lives.  Family Court is not about the best interest of the child (prey), it is about the multi-billion dollar divorce industry and the state’s treasury to maximize federal child support incentives under Title IV-D to pay for the states social programs/entitlements (TANF) via child support collected: @ https://www.acf.hhs.gov/css/resource/fy-2018-preliminary-data-report   (p.11/42). It is about the money, period. This fact is well-recognized among practitioners of law. As Cole Stuart J.D. stated, “it’s time to recognize Family Court for what it is—a corporate crime ring raiding parents and children of financial and psychological well-being and devouring our children’s futures”.

Jeffrey Moffatt, Esq. wrote: “This unconstitutional parental intrusion by Family Courts in this country is causing financial ruin and emotional distress for “post-judgment” parents and children that ultimately have a negative effect on the government fiscal and administrative interest. The problem is that the U.S. Family Court system can act as a black hole where the presumption of innocence is a fairy tale, make-believe laws rule the land and successful appeals are a unicorn, creating a safe haven for “unfriendly” parents and Family Court dictators to reap material wealth and any unfortunate family that enters its boundaries risks finding themselves at a point of no return until the children age out of the system”.

Accordingly, in Kirby v Mich High Sch Athletic Ass’n, 459 Mich 23, 40; 585 NW2d 290 (1998), (noting that “[a] party must obey an order entered by a court with proper jurisdiction, even if the order is clearly incorrect, or the party must face the risk of being held in contempt”). Therefore, you can lose your children, home, and liberties without recourse. This raises doubts about the credibility of Family Courts where powerful interests manipulate it and abuse it with incredible double standards with a widespread institutional failure of the rule of law. For instance, written laws and procedural due process aren’t followed. The presentation of this evidence and findings should force politicians to undertake reform:

Fact #1:  No client consent or modification to an original or two amendments of “consent judgment of annulment” (Joint legal and physical custody-no property settlement)

MACERONI: Consent judgment of annulment, what is your issue regarding it?

CHRISTINE: The validity of it. I never consented or signed that, and neither did my attorney.

MACERONI: Your attorney did.

CHRISTINE: He said to form only, not content (rights).

MACERONI: Ms. Morrison, you are objecting to items that have been entered almost two years ago, and that’s entitled to consent Judgment of Annulment.

CHRISTINE: Not without a signature.

MACERONI: That was approved as to form only (not the content of rights), and as far as Mr. Aiello was concerned and signed by Mr. Perakis, and if there was any problem with that, it should have been appealed a long time ago.

October 12, 2000: Chief Judge Maceroni, Macomb County Circuit Court: Motion to Conform the Judgment of Divorce to the Consent Agreement Placed on the Court Record June 3, 1997. This motion was taken under advisement 10/30/00 without any ruling.

GEYER: Your Honor, for the purpose of speeding things up, I’ll stipulate that the clients did not sign either amendment.

HENRY: Or the original.

GEYER: Or the original.

HENRY: Thank you, I’ll accept the stipulation, then.

McKINNEY: Do you recall whether Ms. Morrison was in court with you August 19?

McKINNEY: Is this your signature on that document?

McKINNEY: So, you approved that judgment?

The court transcripts and the attorney malpractice trial should make clear, no client consent.  Decades later, on October 3, 2019, in Michigan Supreme Court Oral Argument, Foster v Foster at https://lexforipllc.com/recent-events/ Chief Justice McCormack stated, Normally, we do not permit collateral attack on a underlying judgment.  Does this include no client consent settlement agreements? Accordingly, in Riverside Syndicate, Inc v Munroe, it states “A statute of limitations ‘does not make an agreement that was void at its inception valid by the mere passage of time’.

Judgment Regarding RETROACTIVE CHILD SUPPORT, ATTORNEY AWARD FEES, Setting Show Cause and Related Matters:  Child Support and Statutory/Fees:   For the time period commencing January 1, 2005, and continuing through May 2008, (Christine) owes (Hannaford) child support in the amount of $33,764.70.

Date for Show Cause: In the event (Christine) has failed to pay the full amount of retroactive child support award in the amount of $33,764.70 then (she) shall appear on January 6, 2009, before this court at 1:30 p.m. to show cause why she should not be held in contempt and subjected to the penalties set forth in MCL 552.635(2), including why this court should not suspend her occupational license’s in the State of Michigan and pursue such suspensions in other jurisdictions, as permitted by law.

The Trial court committed reversible error when it applied the retroactivity of imputed income and child support owing to Defendant (Christine) prior to the date on which Plaintiff (Hannaford) first filed his petition for an increase in child support, (which was) November 16, 2007.

Ex-parte Petition/Order to Show Cause order on a non-party,

no advanced notice of a motion for real (condominium) and personal property lien on (condominium) my property resulting in two court orders within 24 hours of each other, on September 1 and 2, 1999 (taken under advisement 11-8-99)

9/1/99: Seizure, sealing, inventory, setting aside quit claim deed to the third party (stepmother), and immediate possession of my home (condominium);

Despite my reporting of violations of U.S. law in Michigan state court legal proceedings, the state appellate court, attorney general, and legislators have turned a blind eye.  In reply, by the state officials to facts and the law they systematically steer all complaints into dismissal ensuring unequal justice under law. For instance,

(a) October 31, 2001, Michigan Attorney General, Jennifer Granholm, in a response letter to a grievance from my attorney about judicial misconduct, she wrote: “court decisions can only be reviewed or altered by appealing the decision to a higher court.” Appeals are systematically dismissed.

(b) May 12, 2021: Senator Debbie Stabenow: “Senator Ted Cruz (R-TX) introduced the Financial Institutions Reform, Recovery, and Enforcement Act (S. 1088) on April 13, 2021; it is pending before the Senate Banking, Housing, and Urban Affairs Committee. I will keep your concerns in mind as this bill moves through the legislative process.”

(c) June 4, 2021: Michigan Attorney General, Dana Nessel, Financial Crimes Division wrote: “Many of the concerns you express are the result of state legislation. The Attorney General cannot change these laws. Rather, the Attorney General is dutybound to enforce the laws that have been enacted by the Legislature. Therefore, I suggest you contact your state representative or senator with your concerns regarding family courts.”

It may follow that my state senator or representatives have a conflict of interests: to propose ways of reform to protect the public from illegal, unethical acts, and improprieties by judges. This protects state judges leaving victims uncompensated with other litigants facing unaccountable judges abusing their power risklessly. That is why state senators must conduct hearings to lead to legislation holding state judges accountable for consequent riskless crimes, abuse of power, abuse of office, and disregard of ethical standards to people’s detriment.

I believe the solution to the problem ultimately is with the leadership of the United States. Reform as accountability is needed in the courtroom, where court officials have created policies and procedures that are inconsistent with existing state law and the United States Federal Constitution.   Positive law can change according to changing norms in society. As such, who in government will encourage prosecutions of U.S. court officers for deliberate violation of individual rights in legal proceedings? If state senators and representatives will not protect victims of legal system abuse, then Congress?