“In the recording, Braddock early in the call brought up the alleged assassins. He also made rambling statements about getting financial help from fellow Freemasons or by somehow importing millions of dollars from Malta and Gibraltar.”

… ‘Russian mafia. Close-battle combat, Tech 9s, Mack 10s, silencers kind of thing. No snipers. Up close and personal. So they know that the target has gone.’…Trump Buddy, William Braddock

MIAMI/Politico — A little-known GOP candidate in one of Florida’s most competitive congressional seats was secretly recorded threatening to send “a Russian and Ukrainian hit squad” to a fellow Republican opponent to make her “disappear.” 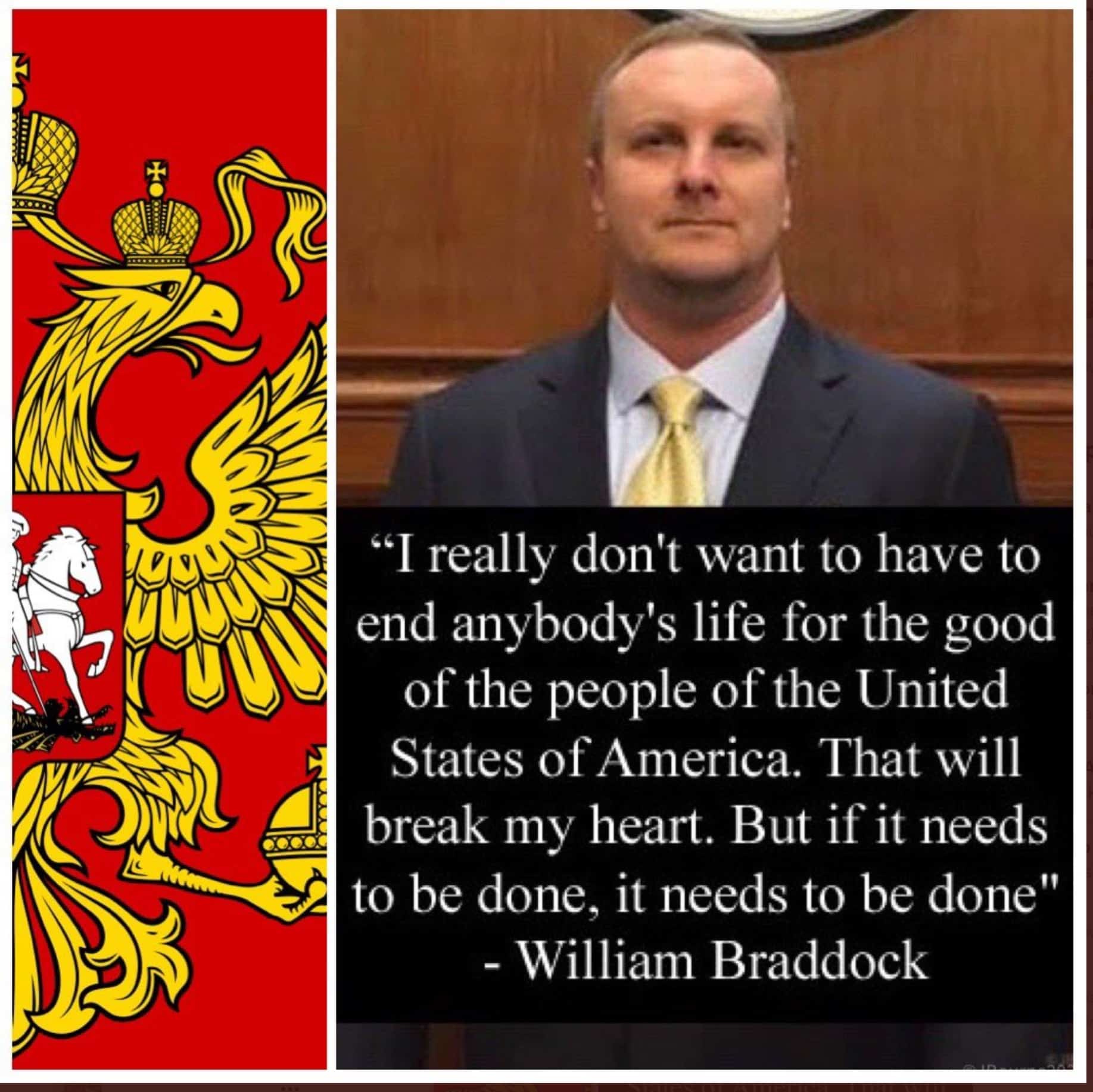 ‘I received information yesterday (at midnight) regarding a plan (with a timeline) to murder me made by William Braddock in an effort to prevent me from winning the election for FL-13.’ https://t.co/Z9PDozlg57

During a 30-minute call with a conservative activist that was recorded before he became a candidate, William Braddock repeatedly warned the activist to not support GOP candidate Anna Paulina Luna in the Republican primary for a Tampa Bay-area congressional seat because he had access to assassins. The seat is being vacated by Rep. Charlie Crist (D-Fla.), who is running for governor.

During a call that was recorded before he became a candidate, William Braddock repeatedly warned an activist to not support GOP candidate Anna Paulina Luna in the Republican primary for a Florida congressional seat because he had access to assassins https://t.co/OQFEYln82d pic.twitter.com/08OLNgwWQy

“I really don’t want to have to end anybody’s life for the good of the people of the United States of America,” Braddock said at one point in the conversation last week, according to the recording exclusively obtained by POLITICO. “That will break my heart. But if it needs to be done, it needs to be done. Luna is a f—ing speed bump in the road. She’s a dead squirrel you run over every day when you leave the neighborhood.”

Reached by text message, Braddock refused to say whether he made any threats about Luna to the person who recorded him, Erin Olszewski.

“I have access to a hit squad, too, Ukrainians and Russians,” he said about three minutes into the call, adding “don’t get caught out in public supporting Luna. … Luna’s gonna go down and I hope it’s by herself.”