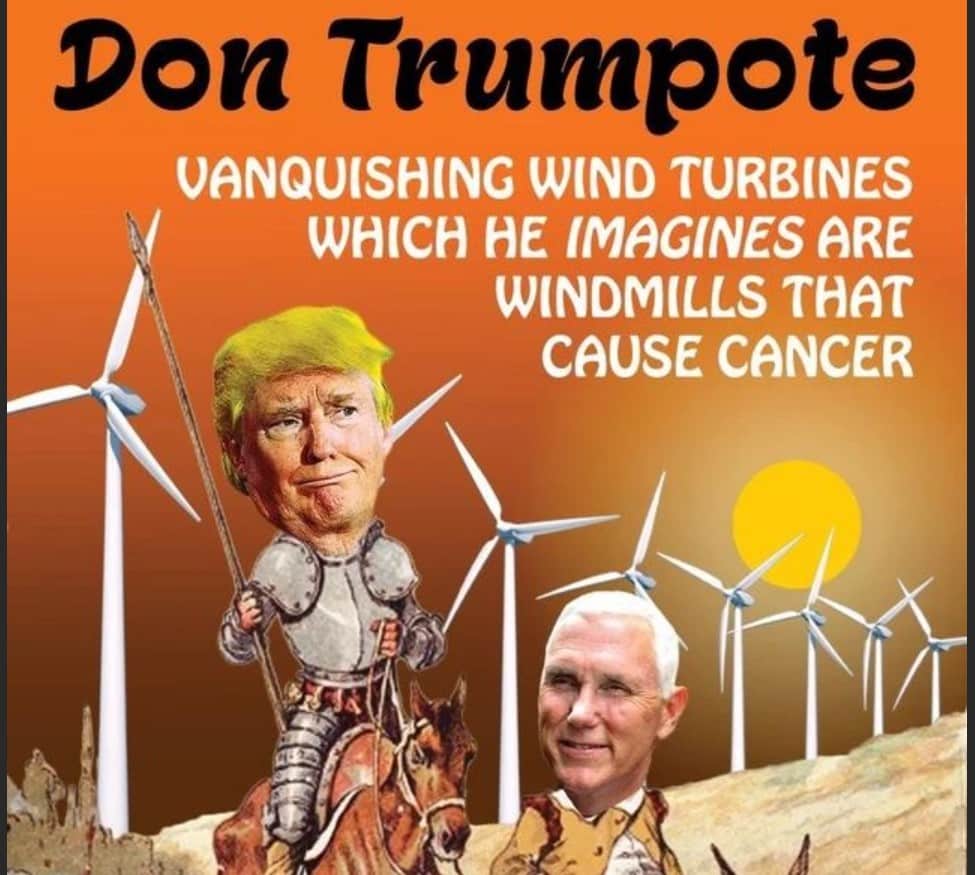 Daily Beast: Ostensibly showing up on pal Sean Hannity’s Fox News show Wednesday night to discuss the recent summit between Russian President Vladimir Putin and President Joe Biden, former President Donald Trump instead spent much of his time grumbling about the thing he hates most: windmills!

The only birds TFG cares about are wrapped in fast food packaging! #DemVoice1 https://t.co/2JTLaGqV0I

Over the years, Trump has obsessively railed against wind turbines, accusing them of causing cancer, killing birds, and being just plain ugly. That obsession hit the next level on Wednesday night. “They’re making windmills all over the place. They kill our land and kill our birds. They kill everything,” the disgraced ex-president groused.

Did Trump find time in his Hannity interview to grumble about windmills killing "our birds"?

Do you even need to ask? pic.twitter.com/7JRm80h8On

He went on to claim that wind turbines were “not good” because, in his opinion, they only provide “intermittent energy” and that’s “not going to power our great factories.”