The head of U.S. Northern Command says that Russia’s Yasen class submarines are set to present a “persistent proximate threat” to the United States.

[ Editor’s Note: So here we go again. The US military during a time of relative super power peace has kept expanding and upgrading our military, adopting a forward leaning ‘first strike’ capacity as part of its new Cold War strategy.

The targets of this ‘threat’ then have to divert resources from their domestic economy development which would generate a more potent economic benefit. And here we are being presented the scenario of a growing threat from Russia and China, when it is a direct result of our own aggressive actions.

Do they really think the American public is that stupid, or is it because they are confident that the public’s Congressmen have never seen a military project that was wasteful, as long as it brought spending and jobs into their districts for which they could claim credit?

Both Russia and China were focused on peaceful economic power growth as they felt that more in their long term best interests. And we now see the result with Biden pushing for a huge red ink domestic spending plan, with the justification that Trump poured the huge tax cut into the pockets of the corporations that spent most of it buying their stock back to push their values up, so it’s time for Biden to balance out that grift.

What Trump was laying out to America’s thieving class, was “I’m your man, and with eight years of me as president we are going to rob this place blind.” With 20/20 hindsight we now see that Trump’s ’empire’ was a house of cards waiting to fall, so he was grabbing everything he could get his hands on to stay afloat while he had the Whitehouse.

The good news is that we see growing evidence of the prosecutors leaning toward a RICO big net prosecution of charging the whole family for running a continuing enterprise.

Because it is an historical endeavour, even with all the documentation they have, they also want the mid level people all flipping and testifying on the Trump family to convince a grand jury and then a trial jury. What a great day that will be… Jim W. Dean ]

A senior U.S. military officer has again sounded the alarm about the threat that advanced, very quiet, cruise-missile-armed Russian submarines, as well as Chinese ones, increasingly present to the United States. 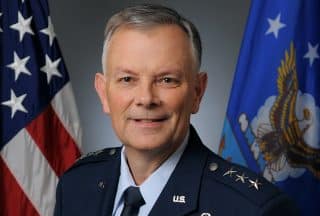 At a hearing on Capitol Hill yesterday, U.S. Air Force General Glen VanHerck, who is head of U.S. Northern Command and the U.S.-Canadian North American Aerospace Defense Command, told lawmakers that Russia’s growing fleet of nuclear-powered Yasen class guided-missile submarines, in particular, are nearly on par with U.S. Navy types in terms of quietness and will present a persistent threat to the American homeland unlike any before within five years.

He added that, at its current pace of modernization, the Chinese Navy would not be behind for long in terms of similar capabilities. VanHerck made these comments before members of the House Armed Services Committee during a hearing on missile defense on June 15, 2021.

“Russia just fielded their second Sev class [submarine], which is on par with ours,” VanHerck said at one point, as part of a response to a question about threats that fall below the nuclear threshold that potential adversaries pose to the United States. “Within a five-year period, they’ll have eight to nine of those submarines, which will be a persistent proximate threat off of our east and west coasts that we haven’t had ever in the past.”

The “Sev class” boat VanHerck was referring to was the Kazan, which was formally commissioned into Russian Navy service in May. Kazan is the second submarine in the Project 885 Yasen class, which NATO refers to as the Severodvinsk class after the name of the lead boat.

It is also the first boat in a new subclass, known as the Project 885M Yasen-M class. Russia has four more of the multi-mission Yasen-Ms already under construction and is presently planning to build at least eight boats in this subclass, in total.

Earlier in the hearing, VanHerck, in the context of cruise missile defense, another area of growing concern to the U.S. military, in general, had talked about Russian submarines that were “advanced, very quiet, nearly on par with our[s].” This also appeared to be a reference to the Yasen class.

…You can read the full article here.