“Speaking Truth to Empire” on KFCF 88.1 independently owned and locally operated since 1975 in Fresno, Dan Yaseen interviews Kathy Kelly, a peace and justice activist; and a 3 times Nobel Peace Prize Nominee. She cofounded and coordinated Voices in the Wilderness and Voices of Creative Nonviolence. She has helped organize and participated in nonviolent direct actions in many cities in the United States and in many other countries.

They discuss the ending of Saudi coalition blockade on Yemen, proliferation of drone warfare and the U. S. responsibilities to the people of Afghanistan.

He is a charter member of Peace Fresno, was President 2004-2005; he is currently Vice President – Membership. He is also on the boards of Fresno Center for Nonviolence, and the Community Alliance Newspaper. He is the host of radio show, Speaking Truth to Empire on VT Radio and on on 88.1 KFCF Free Speech Radio for Central California.
[email protected]
ATTENTION READERS
Due to the nature of independent content, VT cannot guarantee content validity.
We ask you to Read Our Content Policy so a clear comprehension of VT's independent non-censored media is understood and given its proper place in the world of news, opinion and media. 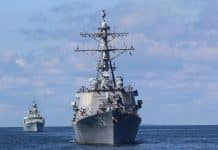 Speaking Truth to Empire with Ray McGovern on Ukraine