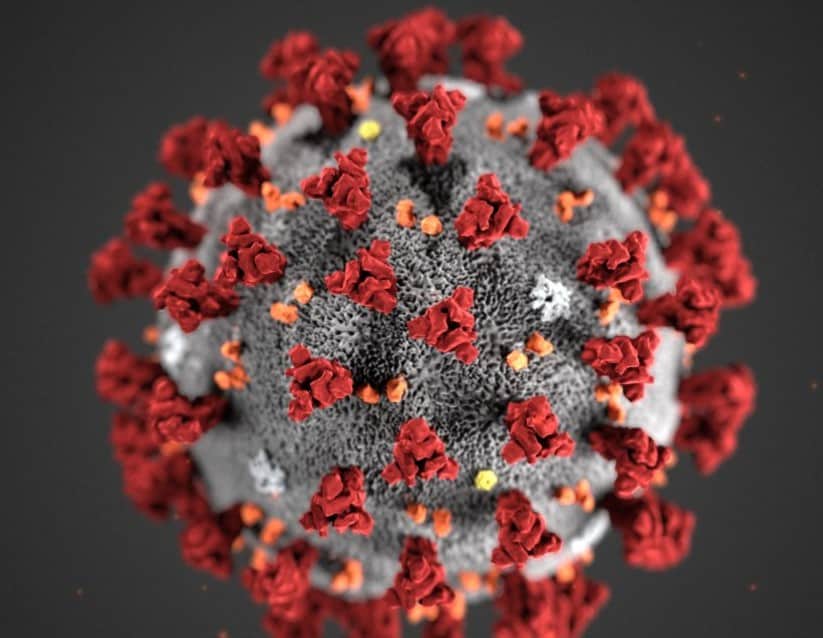 An experiment that created a hybrid version of a bat coronavirus — one related to the virus that causes SARS (severe acute respiratory syndrome) — has triggered renewed debate over whether engineering lab variants of viruses with possible pandemic potential is worth the risks.

In an article published in Nature Medicine1 on 9 November, scientists investigated a virus called SHC014, which is found in horseshoe bats in China. The researchers created a chimaeric virus, made up of a surface protein of SHC014 and the backbone of a SARS virus that had been adapted to grow in mice and to mimic human disease. The chimaera infected human airway cells — proving that the surface protein of SHC014 has the necessary structure to bind to a key receptor on the cells and to infect them. It also caused disease in mice, but did not kill them.

Although almost all coronaviruses isolated from bats have not been able to bind to the key human receptor, SHC014 is not the first that can do so. In 2013, researchers reported this ability for the first time in a different coronavirus isolated from the same bat population2.

The findings reinforce suspicions that bat coronaviruses capable of directly infecting humans (rather than first needing to evolve in an intermediate animal host) may be more common than previously thought, the researchers say.

But other virologists question whether the information gleaned from the experiment justifies the potential risk. Although the extent of any risk is difficult to assess, Simon Wain-Hobson, a virologist at the Pasteur Institute in Paris, points out that the researchers have created a novel virus that “grows remarkably well” in human cells. “If the virus escaped, nobody could predict the trajectory,” he says.

Creation of a chimaera

The argument is essentially a rerun of the debate over whether to allow lab research that increases the virulence, ease of spread or host range of dangerous pathogens — what is known as ‘gain-of-function’ research. In October 2014, the US government imposed a moratorium on federal funding of such research on the viruses that cause SARS, influenza and MERS (Middle East respiratory syndrome, a deadly disease caused by a virus that sporadically jumps from camels to people).

The latest study was already under way before the US moratorium began, and the US National Institutes of Health (NIH) allowed it to proceed while it was under review by the agency, says Ralph Baric, an infectious-disease researcher at the University of North Carolina at Chapel Hill, a co-author of the study. The NIH eventually concluded that the work was not so risky as to fall under the moratorium, he says.

But Wain-Hobson disapproves of the study because, he says, it provides little benefit, and reveals little about the risk that the wild SHC014 virus in bats poses to humans.

Other experiments in the study show that the virus in wild bats would need to evolve to pose any threat to humans — a change that may never happen, although it cannot be ruled out. Baric and his team reconstructed the wild virus from its genome sequence and found that it grew poorly in human cell cultures and caused no significant disease in mice.

“The only impact of this work is the creation, in a lab, of a new, non-natural risk,” agrees Richard Ebright, a molecular biologist and biodefence expert at Rutgers University in Piscataway, New Jersey. Both Ebright and Wain-Hobson are long-standing critics of gain-of-function research.

In their paper, the study authors also concede that funders may think twice about allowing such experiments in the future. “Scientific review panels may deem similar studies building chimeric viruses based on circulating strains too risky to pursue,” they write, adding that discussion is needed as to “whether these types of chimeric virus studies warrant further investigation versus the inherent risks involved”.

But Baric and others say the research did have benefits. The study findings “move this virus from a candidate emerging pathogen to a clear and present danger”, says Peter Daszak, who co-authored the 2013 paper. Daszak is president of the EcoHealth Alliance, an international network of scientists, headquartered in New York City, that samples viruses from animals and people in emerging-diseases hotspots across the globe.

Studies testing hybrid viruses in human cell culture and animal models are limited in what they can say about the threat posed by a wild virus, Daszak agrees. But he argues that they can help indicate which pathogens should be prioritized for further research attention.

Without the experiments, says Baric, the SHC014 virus would still be seen as not a threat. Previously, scientists had believed, on the basis of molecular modelling and other studies, that it should not be able to infect human cells. The latest work shows that the virus has already overcome critical barriers, such as being able to latch onto human receptors and efficiently infect human airway cells, he says. “I don’t think you can ignore that.” He plans to do further studies with the virus in non-human primates, which may yield data more relevant to humans.

Justice Department Paves Way for Officials to Tattle on Trump About Jan. 6 Insurrection

Interview With A USS LIBERTY Survivor

Wildfires in West Affect Air Quality Thousands of Miles Away

The Light at the End of History: Reacting to Nuclear Impact

There’s More to Death than Covid-19

What did Jim Jordan know about the insurrection and when did he know it?

Facing Years in Prison for Drone Leak, Daniel Hale Makes His Case Against US...