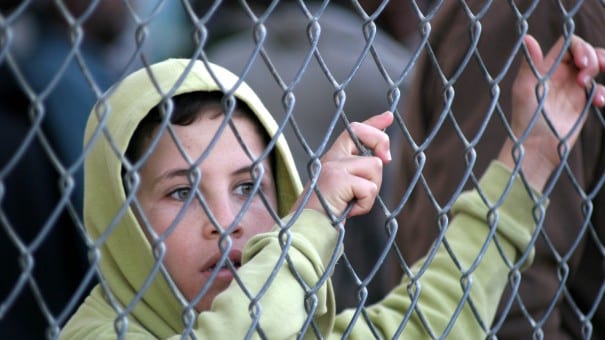 Ron Paul, Norman Finkesltein, among others, have all seen Gaza as a concentration camp. “To me,” said Paul way back in 2012, “I look at it like a concentration camp.” Paul again is right on target when he said that Israel has continued to manipulate the conflict in Gaza because “they know we’ll back them up, they know we’ll do whatever is necessary to bail them out.”[1]

If you doubt the statement that Gaza is actually a concentration camp, consider this: Israel is currently “Refusing to Let Palestinian Passports Into or Out of Gaza, Forcing Cancellation of Thousands of Urgent Trips.”[2] Listen to these details:

“Israel has been barring Palestinian passports from being moved in or out of the Gaza Strip for the past six weeks because they’re not regarded as humanitarian items — even though they are being issued or renewed only in Ramallah. With thousands unable to receive passports from Ramallah or various consulates and thousands of others unable to send their passports for renewal or to be stamped with visas, residents have been forced to cancel or postpone urgent trips abroad, through Egypt, for medical reasons, studies or work.

“No mail has entered or left the Gaza Strip since May 8. During the last war, the crossings were shut down most of the time. With the cease-fire, Defense Minister Benny Gantz ordered to resume the stringiest blockade on Gaza, and close the Kerem Shalom and Erez crossings until progress was made to return the civilians and soldiers’ remains held in Gaza. Hence, leaving Gaza is only allowed for certain medical treatments and only goods classified by Israel as humanitarian, such as food and medicine, are allowed in…

“Wasim Mushtaha, head of the Association of Travel Agents and Tourism in Gaza, says some 10,000 people are currently waiting for their passports or have been unable to renew them.”[3]

Can you imagine any government doing this to just even one Israeli? Wouldn’t the entire Zionist media beat everyone over the heads saying that anti-Semitism is on the rise? And can those people really look at the Goyim in the eye and say that they don’t know why there is a rise of anti-Israeli reaction all over the world? Can those people really equate this anti-Israeli reaction to anti-Semitism?

[2] Amira Haas, “Israel Refusing to Let Palestinian Passports Into or Out of Gaza, Forcing Cancellation of Thousands of Urgent Trips,” Haaretz, June 18, 2021.