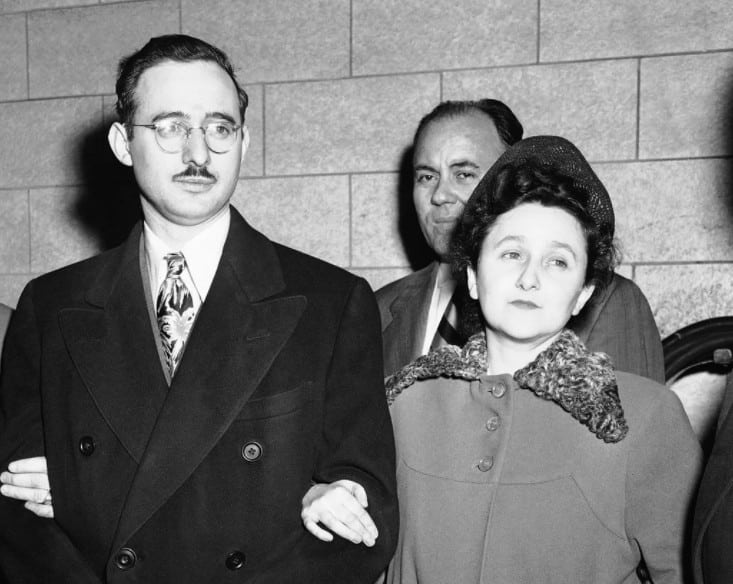 It was a queer, sultry summer, the summer they electrocuted the Rosenbergs…… ” So goes the opening sentence of Sylvia Plath’s 1963 novel The Bell Jar, referring to the Jewish American couple, Julius and Ethel Rosenberg, who were convicted of conspiracy to commit espionage and sent to the electric chair exactly 68 years ago today. Their execution casts a morbid shadow over Plath’s book, just as it did over the United States, and it is seen by many as the nadir of America’s engagement with the cold war. The Rosenbergs are still the only Americans ever put to death in peacetime for espionage, and Ethel is the only American woman killed by the US government for a crime other than murder.

During their trial, Ethel in particular was vilified for prioritising communism over her children, and the prosecution insisted she had been the dominant half of the couple, purely because she was three years older. “She was the mastermind of this whole conspiracy,” assistant prosecutor Roy Cohn told the judge. But questions about whether she was guilty at all have been growing louder in recent years, and a new biography presents her in a different light. “Ethel was killed for being a wife. She was guilty of supporting her husband,” Anne Sebba, author of Ethel Rosenberg: A Cold War Tragedy, tells me. And for that, the 37-year-old mother of two young children had five massive jolts of electricity pumped through her body. Her death was so brutal that eyewitnesses reported that smoke rose out of her head.  Read more…