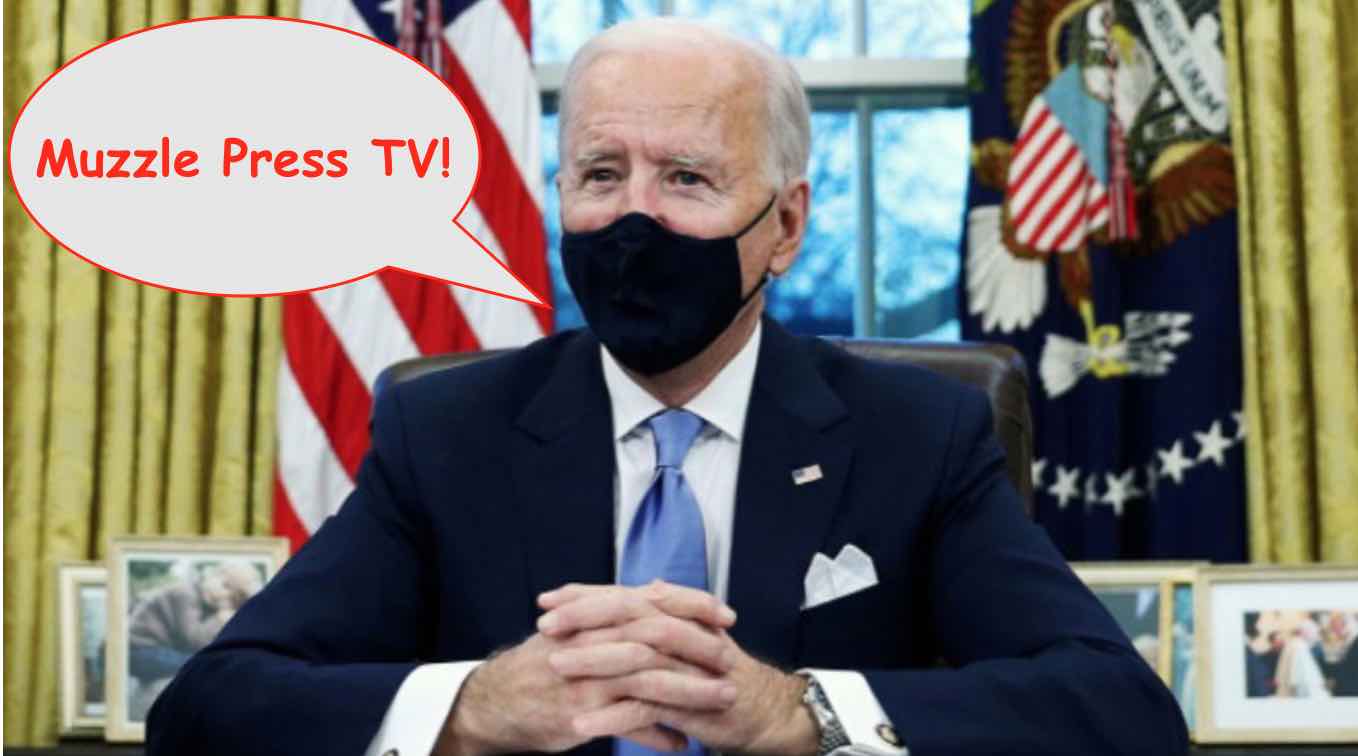 Press TV interviewed me for this story less than 24 hours before the US government destroyed the global free internet by taking down its website along with over a dozen others. You can listen to the audio of that interview, as well as my Press TV interview today with Scott Bennett about Biden’s destruction of global free speech, HERE. –Kevin Barrett, Veterans Today Editor

US President Joe Biden should admit that former President Donald Trump’s “maximum pressure” campaign against Iran was a complete fiasco and failure, and remove sanctions and join the nuclear deal unconditionally, an American scholar has said.

Kevin Barrett, a former academic, author, journalist and radio host with a Ph.D. in Islamic and Arabic Studies, made the remarks in an interview with Press TV website on Monday.

Iran’s President-elect Ebrahim Raeisi said on Monday the United States must return to full compliance with the 2015 landmark nuclear deal with Iran, officially known as the Joint Comprehensive Plan of Action (JCPOA), and fulfill its commitments as per the accord.

Raeisi made the remarks during his first press briefing attended by representatives of domestic and foreign media outlets, following his election as the country’s next president.

Asked what message he had for the United States and Europe, the President-elect said, “I emphatically urge the United States to return to the JCPOA and comply with its commitment. The Iranian people expect you to abide by your obligations.”

He said the United States’ “maximum pressure” campaign against Iran has failed to bring the Iranian nation to their knees.

President-elect: US must return to nuclear deal with Iran, fulfill its commitments under accord

“The US unilaterally abrogated the deal under Trump. And Iran never got the sanctions relief that the deal promised. So, Iran has taken these five or so steps towards going outside the limits of the deal – sort of these escalating steps, intended to pressure the Europeans into finding a way around the US sanctions and restoring trade,” he stated.

“But ultimately, to fully restore this deal and bring the US back into it, obviously, the US has to comply with it, which means dropping all US sanctions on Iran immediately. And then, of course, Iran would immediately return to compliance, and that’s the solution. It doesn’t require any negotiations. And that’s basically what President-elect Raeisi is saying,” he noted.

The US, under Trump, left the JCPOA in 2018 and initiated a “maximum pressure” policy against Iran, prompting Tehran to take remedial measures by gradually reducing its nuclear commitments under the deal.

Biden has said Washington is willing to return to the pact if Tehran first suspends its countermeasures taken in response to US violations and re-imposition of sanctions.

Iran says the onus is on the US to revive the deal as it was Washington, not Tehran, that left the internationally recognized accord in defiance of global criticism.

‘US position is dictated by the power of the Zionist lobby’

Dr. Barrett said he wonders “how the Biden administration will respond. Theoretically, they could drop the sanctions and return to the deal. And there’s really no reason why the US shouldn’t do that in terms of US national interest.”

He stated that “the US national interest is barely even affected by whether or not Iran had whatever kind of nuclear program. That’s not really an issue for the US anyway. And that’s the problem.”

“The US position is dictated by the power of the Zionist lobby that is the Israeli lobby here in the United States. And that’s where Biden may not be able to actually drop those sanctions and return to the deal because he has committed Zionists in his administration, who will undoubtedly pressure him against doing that,” he observed.

“So, we may be at an impasse. And that’s why President-elect Raeisi says that his domestic policy is not planning for a restoration of the deal, and the sanctions relief that would come along with that, because he knows, as all realistic observers do that the chances that the US will choose to restore the deal, are pretty low, even though it could be done,” the analyst said.

Fifty-three Democratic Party leaders have sent a letter to US President Joe Biden, urging him to rejoin the Iran nuclear deal.

Barrett suggested, “All Biden would have to do is blaming Donald Trump for the problem. And that, of course, scores political points for the Biden and the Democrats.”

“He could say that Trump’s maximum pressure campaign against Iran was completely insane, which it was, and completely counterproductive, which was and has been a complete fiasco and failure, and it was indeed immoral, especially the murder of Americans in various terrorist attacks including especially if the martyrdom of General Qassem Soleimani,” he said.

“So he could easily blame Trump for the problem and say we’re going back into the deal and fixing our relationship with Iran and restoring our good standing in the region, but he probably won’t because the Zionist political power in the US is so great that the Zionists will tell him that if you do this, then wealthy Jewish Israeli loyalists in the United States will withhold their contributions from the Democrats in the next elections, and they will give that money to Republicans and the Democrats will lose their majority in Congress, and then probably lose the presidency in 2024,” he noted.

“So for that reason, Biden won’t be able to do the right thing. And President Raeisi, who will be the full president soon, not just the President-elect at that point, will continue to steer Iran in its independent course in a world in which the Eurasian axis, Russia, China, and other increasingly independent countries will be the wave of the future. The US-Zionist-empire will be a thing of the past,” he concluded.