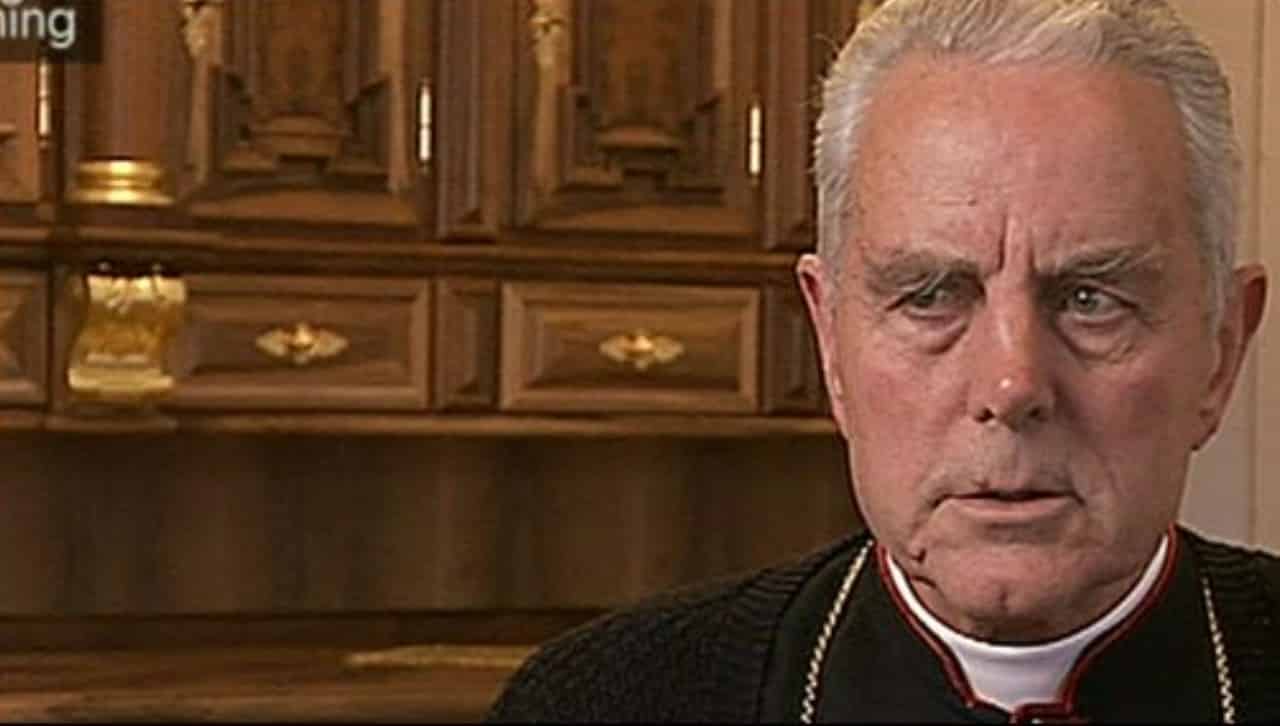 Richard N. Williamson is an English traditionalist Catholic bishop who has been a figure of controversy among the holocaust establishment. Thought police Deborah Lipstadt calls him a “hard-core” denier.[1] On her 2009 blog, Lipstadt declared that Williamson is “the gift that keeps on giving…I would be happy to never hear of him again.” That statement obviously underscores Lipstadt’s overarching goals for those who do not subscribe to the holocaust religion.

When Bishop Williamson questioned the prevailing notion that Jews were gassed in Auschwitz, fire-breathing dragon Abraham Foxman got straight to the point: “Bishop Williamson must unequivocally acknowledge the full extent of the Holocaust and recognise the fact of the existence of the gas chambers.”[2] Bishop Williamson is going to clear some of those issues for us here.

Alexis: Avi Weiss, senior rabbi of the Hebrew Institute of Riverdale, wrote an article in the Washington Post last year entitled, “Auschwitz is a sacred place of Jewish memory. It’s no place for a Catholic church.”[3] Weiss implicitly agrees with Israel Shamir, who writes that “the cult of the Holocaust” is actually “an adaptation of the Jewish spiritual rule for Christian minds, as it replaces Christ with Israel, Golgotha with Auschwitz, and the Resurrection with the creation of the Jewish state.”[4]

Address some of those issues for us here. It seems that people can criticize virtually anything, but the moment a person touches Auschwitz in a critical way, he is somehow an anti-Semite. No one, to my knowledge, has ever called you names for saying that the Sound of Music is a “soul-rotting slush.” Help us here.

Bishop Williamson: Of course the “Holocaust”, or Six Million Jews murdered in German “gas-chambers” as a deliberate policy of extermination of Jews by the Third Reich in the Second World War, is a religion.

Professor Faurisson, professed atheist, has written a whole article to demonstrate how one feature after another of the Catholic religion has its substitute or counterpart in “Holocaustianity”. The Jews are constantly fabricating substitute religions for Christianity, either to pull souls away from Jesus Christ, whom they have continuously hated in his Church ever since they crucified himself, or to let out their own unsatisfied need for their own Messiah.

People search around for explanations of what one might call the Jewish phenomenon, or the phenomenon of the Jews. Few people can rightly understand them, because few people still take seriously the divine Messiah, for whom he made them and formed them, yet who rejected him when he came, and who are deeply and divinely frustrated ever since, a frustration that cannot come to an end until they once more recognise him, and join whatever there will still be of the Catholic Church at world’s end.

As for the label “anti-semite”, as Joseph Sobran said, that does not mean anyone who hates the Jews, but anyone who the Jews hate. My own eyes were opened as to who the Jews are and what they are up to, in theory by the small book of the Argentinian priest, Fr Julio Meinvielle “The Mystery of the Jews in History”, in practice by the Zuendel trials in Canada in the late 1980’s. Hats off to brave lovers and tellers of truth, without any hatred of the Jews or of anybody else, men like Faurisson and Zuendel, even if they are not Catholics (but then the Catholic Church too has been heavily subverted since the Second Vatican Council). Such men have rendered a huge service to poor modern mankind!

[3] Avi Weiss, “Auschwitz is a sacred place of Jewish memory. It’s no place for a Catholic church,” Washington Post, January 28, 2015.