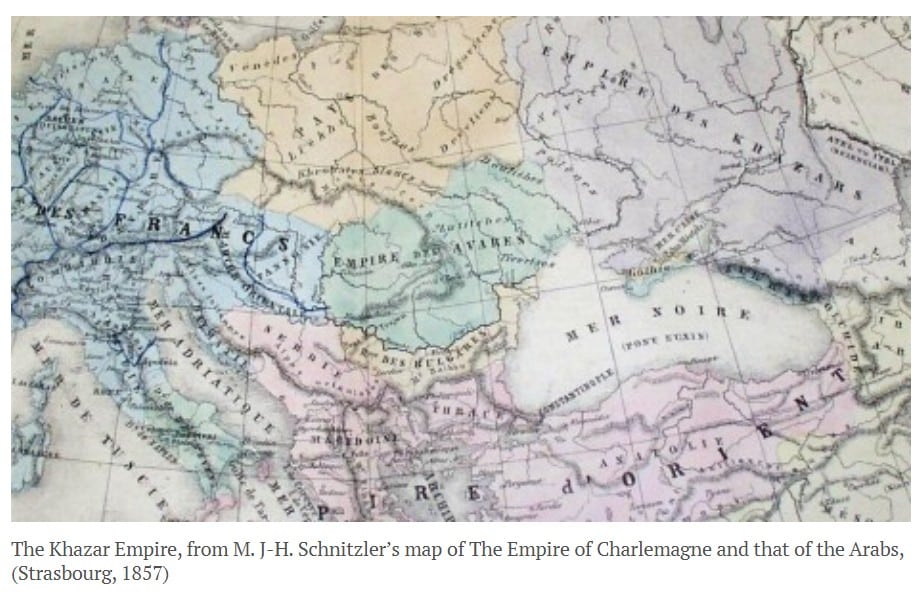 Only yesterday came news that Syrian rebels plan to give Israel the Golan Heights in exchange for creation of a no-fly zone against the Assad regime. In an even bolder move, it is now revealed, Israel will withdraw its settlers from communities beyond the settlement blocs—and relocate them at least temporarily to Ukraine. Ukraine made this arrangement on the basis of historic ties and in exchange for desperately needed military assistance against Russia. This surprising turn of events had an even more surprising origin: genetics, a field in which Israeli scholars have long excelled.

A Warlike Turkic People—and a Mystery

It is well known that, sometime in the eighth to ninth centuries, the Khazars, a warlike Turkic people, converted to Judaism and ruled over a vast domain in what became southern Russia and Ukraine. What happened to them after the Russians destroyed that empire around the eleventh century has been a mystery. Many have speculated that the Khazars became the ancestors of Ashkenazi Jews. 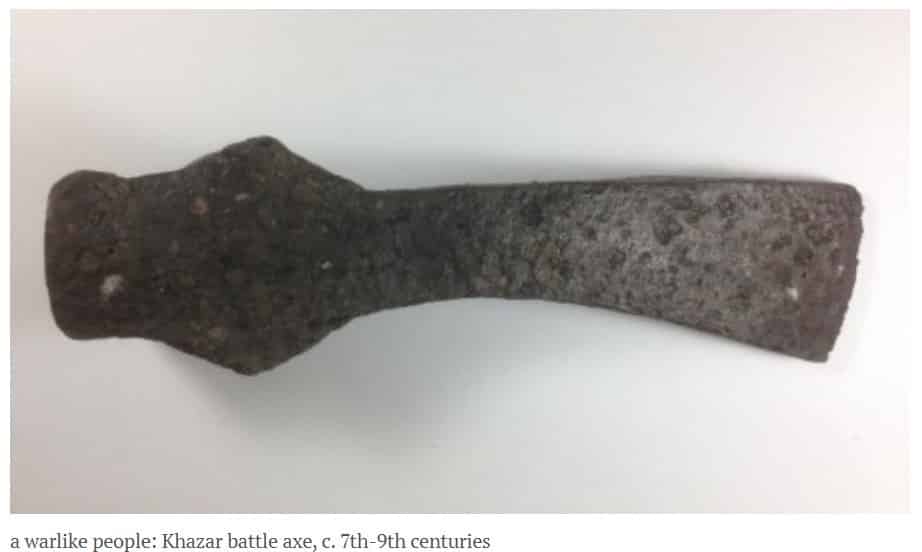 Contrarian Hungarian ex-communist and scientist Arthur Koestler brought the Khazar hypothesis to a wider audience with The Thirteenth Tribe (1976), in the hope that disproving a common Jewish “racial” identity would end antisemitism. Clearly, that hope has not been fulfilled. Most recently, left-wing Israeli historian Shlomo Sand’s The Invention of the Jewish People took Koestler’s thesis in a direction he had not intended, arguing that because Jews were a religious community descended from converts they do not constitute a nation or need a state of their own. Scientists, however, dismissed the Khazar hypothesis because the genetic evidence did not add up. Until now. In 2012, Israeli researcher Eran Elhaik published a study claiming to prove that Khazar ancestry is the single largest element in the Ashkenazi gene pool. Sand declared himself vindicated, and progressive organs such as Haaretz and The Forward trumpeted the results.

Israel seems finally to have thrown in the towel. A blue-ribbon team of scholars from leading research institutions and museums has just issued a secret report to the government, acknowledging that European Jews are in fact Khazars. (Whether this would result in yet another proposal to revise the words to “Hatikvah” remains to be seen.) At first sight, this would seem to be the worst possible news, given the Prime Minister’s relentless insistence on the need for Palestinian recognition of Israel as a “Jewish state” and the stagnation of the peace talks. But others have underestimated him at their peril. An aide quipped, when life hands you an etrog, you build a sukkah.

Speaking off the record, he explained, “We first thought that admitting we are really Khazars was one way to get around Abbas’s insistence that no Jew can remain in a Palestinian state. Maybe we were grasping at straws. But when he refused to accept that, it forced us to think about more creative solutions. The Ukrainian invitation for the Jews to return was a godsend. Relocating all the settlers within Israel in a short time would be difficult for reasons of logistics and economics. We certainly don’t want another fashlan like the expulsion of the settlers in the Gaza Hitnatkut [disengagement].

“We’re not talking about all the Ashkenazi Jews going back to Ukraine. Obviously that is not practical.

Speaking on deep background, a well-placed source in intelligence circles said: “We’re not talking about all the Ashkenazi Jews going back to Ukraine. Obviously that is not practical. The press as usual exaggerates and sensationalizes; this is why we need military censorship.”

All Jews who wish to return would be welcomed back without condition as citizens, the more so if they take part in the promised infusion of massive Israeli military assistance, including troops, equipment, and construction of new bases. If the initial transfer works, other West Bank settlers would be encouraged to relocate to Ukraine, as well. After Ukraine, bolstered by this support, reestablishes control over all its territory, the current Autonomous Republic of Crimea would once again become an autonomous Jewish domain. The small-scale successor to the medieval empire of Khazaria (as the peninsula, too, was once known) would be called, in Yiddish, Chazerai. the Khazars did not have to live within ‘Auschwitz borders.’”

“As you know,” the spokesman continued, “the Prime Minister has said time and again: we are a proud and ancient people whose history here goes back 4,000 years. The same is true of the Khazars: just back in Europe and not quite as long. But look at the map: the Khazars did not have to live within ‘Auschwitz borders.’” 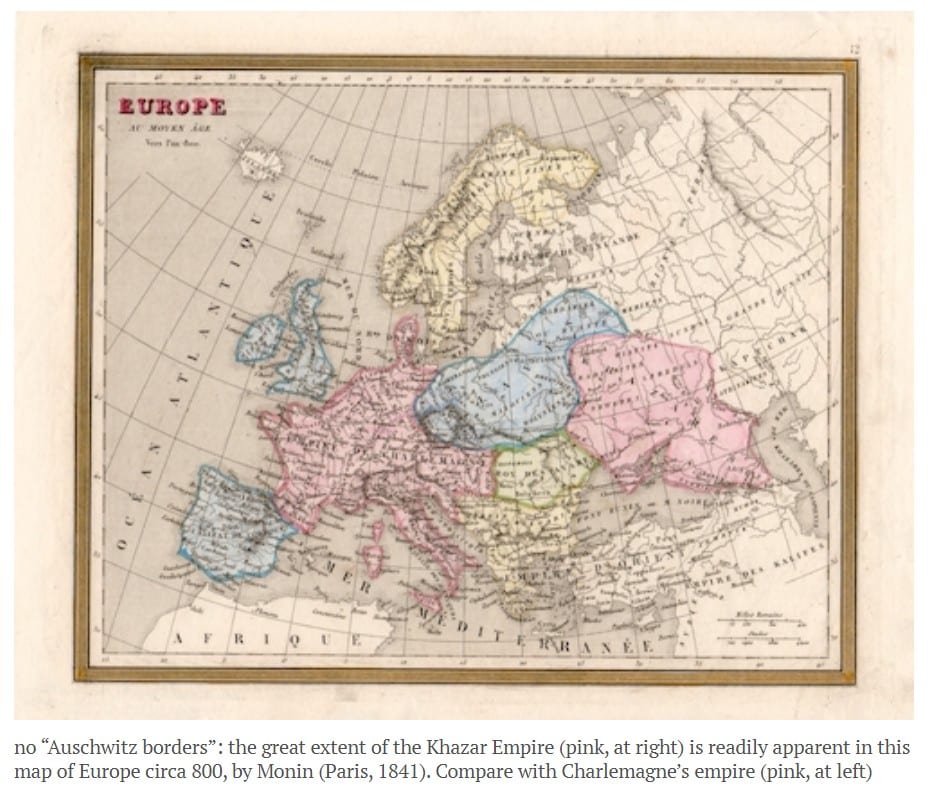 “As the Prime Minister has said, no one will tell Jews where they may or may not live on the historic territory of their existence as a sovereign people. He is willing to make painful sacrifices for peace, even if that means giving up part of our biblical homeland in Judea and Samaria. But then you have to expect us to exercise our historical rights somewhere else. We decided this will be on the shores of the Black Sea, where we were an autochthonous people for more than 2000 years. Even the great non-Zionist historian Simon Dubnow said we had the right to colonize Crimea. It’s in all the history books. You can look it up.” 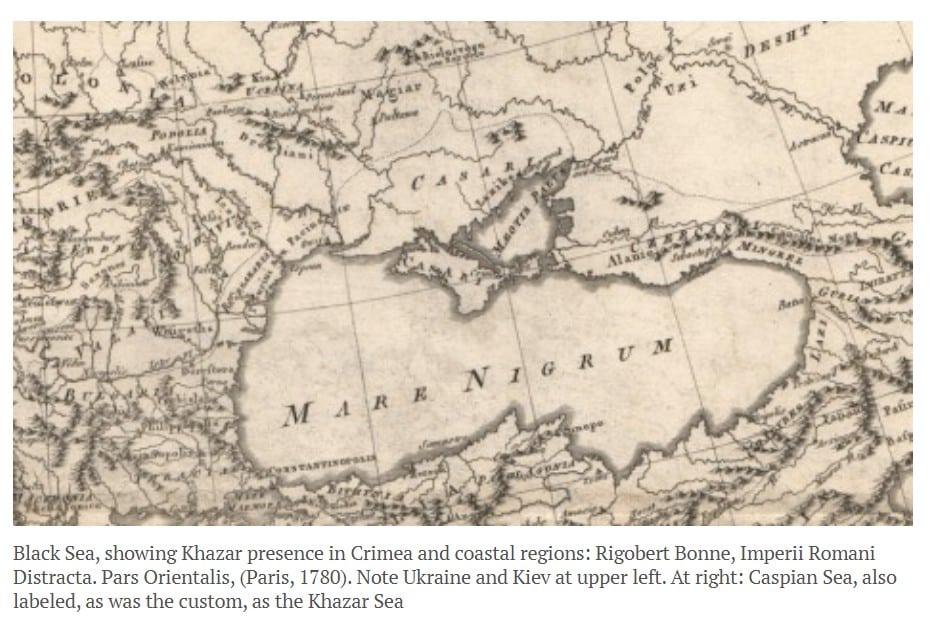 “We’d like to think of it as sort of a homeland-away-from-home,” added the anonymous intelligence source. “Or the original one,” he said with a wink. “After all, Herzl wrote about the Old-New Land, didn’t he? And the transition shouldn’t be too difficult for the settlers because, you know, they’ll still get to feel as if they are pioneers: experience danger, construct new housing, carry weapons. The women can continue to wear scarves on their heads, and the food won’t be very different from what they already eat.”

In retrospect, we should have seen this coming, said a venerable State Department Arabist, ticking off the signs on his fingers: a little-noticed report that Russia was cracking down on Israeli smuggling of Khazar artifacts, the decisions of both Spain and Portugal to give citizenship to descendants of their expelled Jews, as well as evidence that former IDF soldiers were already leading militias in support of the Ukrainian government. And now, also maybe the possibility that the missing Malaysian jet was diverted to Central Asia.

A veteran Middle East journalist said: “It’s problematic, but in a perverse way, brilliant. In one fell swoop, Bibi has managed to confound friend and foe alike. He’s put the ball back in the Palestinians’ court and relieved the pressure from the Americans without actually making any real concessions. Meanwhile, by lining up with the Syrian rebels and Ukraine, as well as Georgia and Azerbaijan, he compensates for the loss of the Turkish alliance and puts pressure on both Assad and Iran. And the new Cypriot-Israeli gas deal props up Ukraine and weakens the economic leverage of both the Russians and the Gulf oil states. Just brilliant.”

Reactions from around the world

Given the confluence of the weekend and the Purim and Saint Patrick’s Day holidays, reporters scrambled to get responses. Reactions from around the world trickled in.

• Members of the YESHA Council of settlers, some of them evidently the worse for wear after too much festival slivovitz, were caught completely off-guard. Always wary of Netanyahu, whom they regard as a slick opportunist rather than reliable ideological ally, they refused to comment until they had further assessed the situation.

Most of the hastily offered reactions fell into the predictable categories.

• Right-wing antisemitic groups pounced on the story as vindication of their conspiracy theories, claiming that this was the culmination of the Jews’ centuries-old plan to avenge the defeat of Khazaria by the Russians in the Middle Ages, a reprise of Israel’s support for Georgia in 2008. “Jews have memories as long as their noses,” one declared.

a continuum of conquest and cruelty?

• From Ramallah, a Fatah spokesman said the offer was a start but did not go nearly far enough toward satisfying Palestinian demands. Holding up an image of a Khazar warrior from an archaeological artifact, he explained:

There is a continuum of conquest and cruelty. It’s very simple, genetics does not lie. We see the results today: the Zionist regime and brutal Occupation Forces are descended from warlike barbarians. Palestinians are descended from peaceful pastoralists, in fact, from the ancient Israelites that you have falsely claimed as your ancestors. By the way, it is not true, however, that your ancestors ever had a temple in Jerusalem. 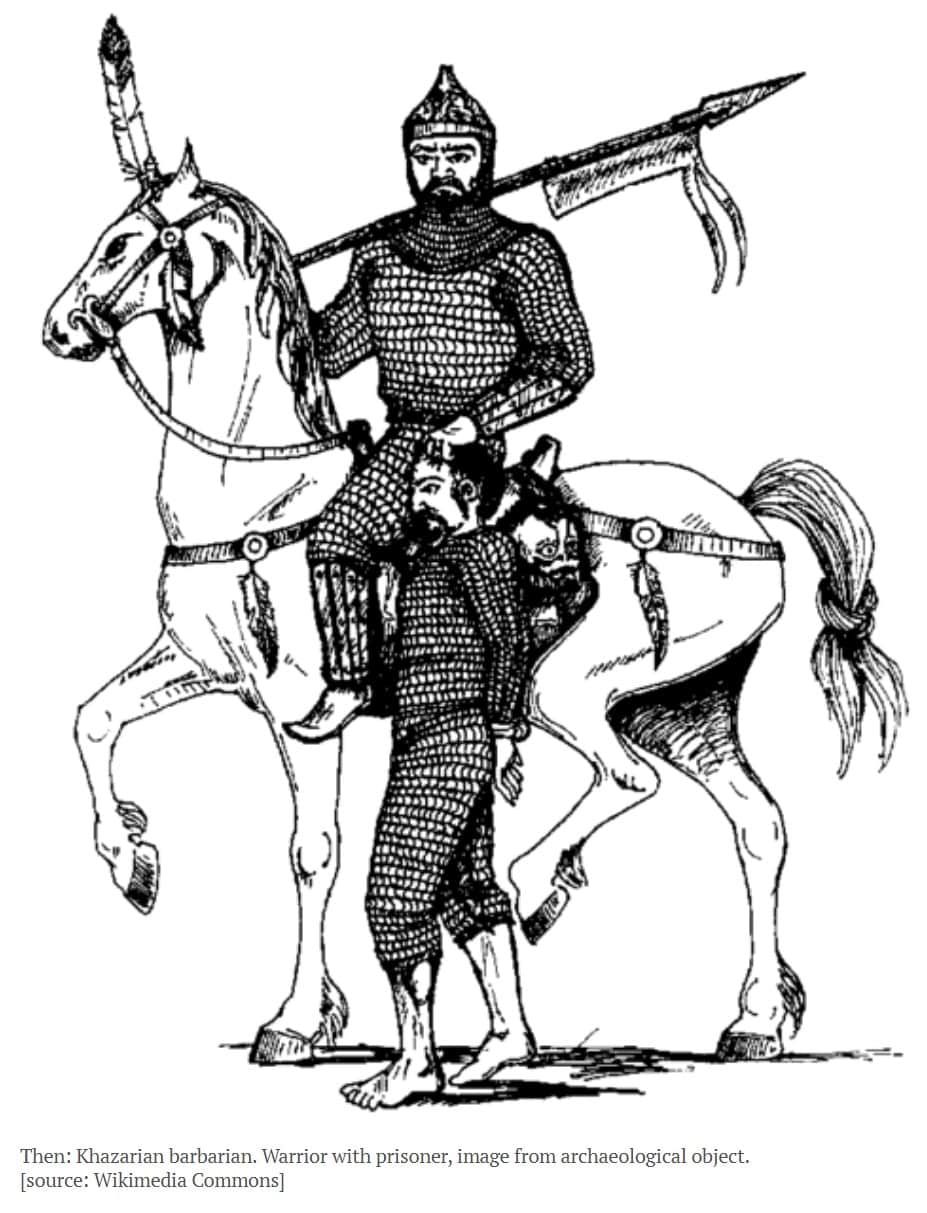 Latest reports, including Vladimir Putin’s recognition of Crimea as a “sovereign and independent state,” and the estimate that relocation of Israeli settlers in any peace agreement would cost $10 billion, confirm the details of the above story. Ed. 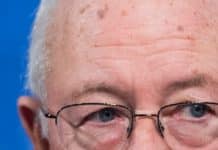 Breaking! US CDC Retires PCR Test due to It may not be able to Distinguish Covid from Influenza Viruses

Justice Department Paves Way for Officials to Tattle on Trump About Jan. 6 Insurrection

Interview With A USS LIBERTY Survivor

Wildfires in West Affect Air Quality Thousands of Miles Away

The Light at the End of History: Reacting to Nuclear Impact

There’s More to Death than Covid-19

What did Jim Jordan know about the insurrection and when did he know it?

Facing Years in Prison for Drone Leak, Daniel Hale Makes His Case Against US...