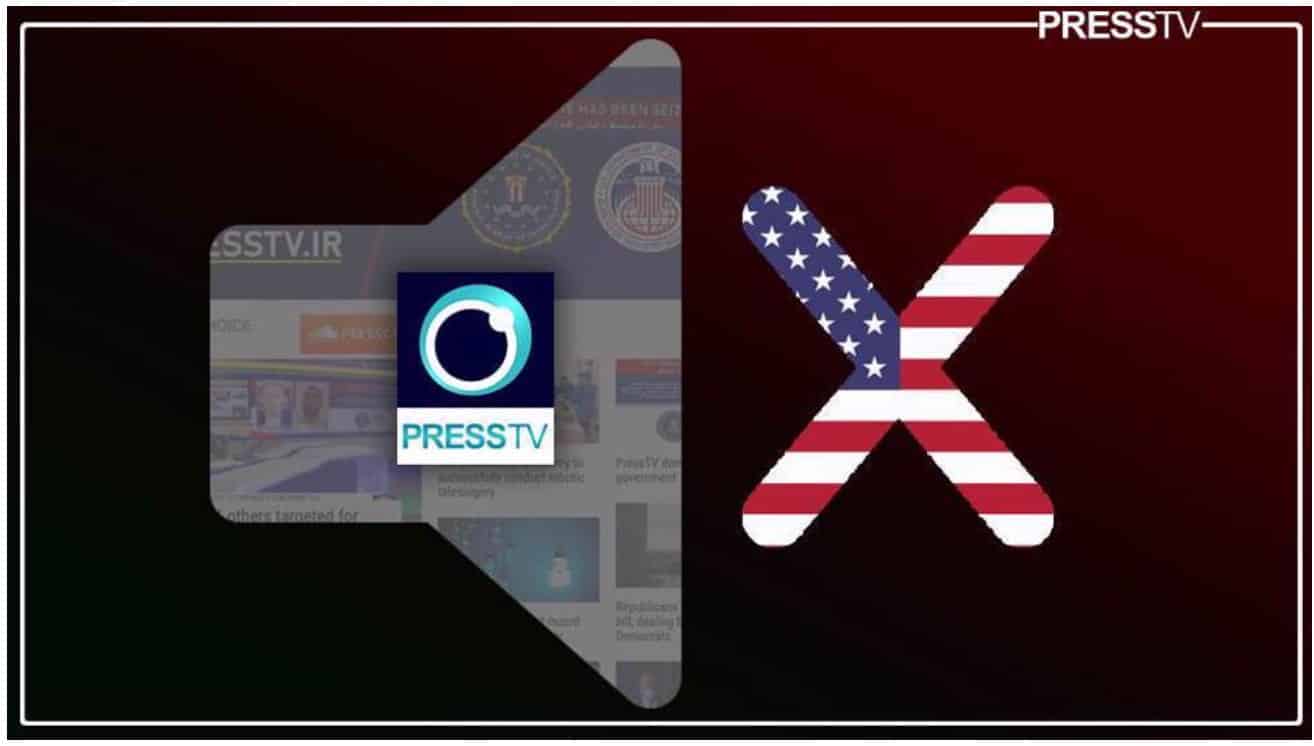 (Torabi is a postgraduate student of International Relations at the University of Bologna, department of political sciences.)

Iranian media have repeatedly fallen victim to censorship on multiple fronts; on Facebook, Instagram, Twitter, YouTube, etc. This time the United States, in a coordinated hostile action, targeted Iranian .com domains, among them that of Press TV.

This suppression of information is happening while there are dozens, or maybe hundreds, of networks like BBC Persian and Manoto disseminating propaganda in step with the peremptory demands of some warmongering regime change advocates.

Their objectives are to occupy minds and to distort reality, to disturb and to call forth the public, to use people as artillery support under a constant bombardment of provocations and fake news, to develop instability.

It is happening while networks such as Iran International dedicate their tribunes to criminal cults and terrorist organizations, like the MEK, and enjoy massive funding in support of the authority of monopolistic oligarchs to exert more and more global control over human minds.

These media outlets tried hard to present themselves as seemingly credible media. But their performance was so unprofessional, mixed with hatred and antagonism, that all their phony gestures squared only a kind of theatrical ridiculousness.

They could never conceal their true, dark nature. In the recent Iranian presidential election, therefore, the presence of the great Iranian nation revealed that the propaganda campaigns of global arrogance had failed.

From Gaza to Sana’a, people lived to see the very real tensions between abstract principles worshiped by the United States and their practice in concrete political form tainted with self-interest and hypocrisy.

Independent journalism and Press TV’s efforts to that end were remarkable; it appeared that the US empire’s only alternative to this failed propaganda campaign could be nothing but censorship of free speech and information.

Yet Press TV exposed crimes committed by world powers, giving voice to the voiceless; Julian Assange did the same and has been incarcerated for 10 years now; what we witnessed was not simply the common practice of undermining journalism or free speech; it was an attack on the truth itself.

The websites of a series of Iranian and regional television networks, including Press TV, have been seized by the United States government.

People may see tyranny via censorship differently from physical oppression and brute force because we imagine that the body and mind are separate. Changing people’s bodies seems tyrannical while chaining their minds does not, but as far as the powerful are concerned, these two accomplish the same end. In fact, censorship, multiplied by the role of the media in the West, is far worse than oppressing people in an absolute monarchy like Saudi Arabia.

Censoring resistance media is a familiar technique at any rate. It is reminiscent of colonial photography, which brought only the point of view of those who had the power to make selective statements, labeling the colonized as savages to justify the violence of colonization.

Just like the most popular racial theories, take Social Darwinism for example, formulated by Western powers to show their colonies as uncivilized inferior beings, the most absurd of the charges has been leveled against Iran.

Censoring the voice of resistance works for the same end as global arrogance is sinking in the swamp of a moral crisis, which ensued after its military failures that destroyed nations but did not win peace.

Seizure of Press TV domain work of a ‘gangster regime’

The seizure of Press TV’s .com domain is the work of a “gangster regime,” a political analyst says.

Resistance will continue on all fronts. In fact, every aggression, every oppression, is an opportunity to foil the recent dominant strategy of Western warmongers who think they can win the hearts and minds of people whose homes were destroyed and loved ones murdered.

To actualize the ideological premises of the Islamic Revolution, for the victory of all the oppressed people over their oppressors in Palestine, in Yemen, and in elsewhere, and for the formation of that single, universal community, every hostility is a possibility, every oppressive measure only adds to the legitimacy of the resistance.