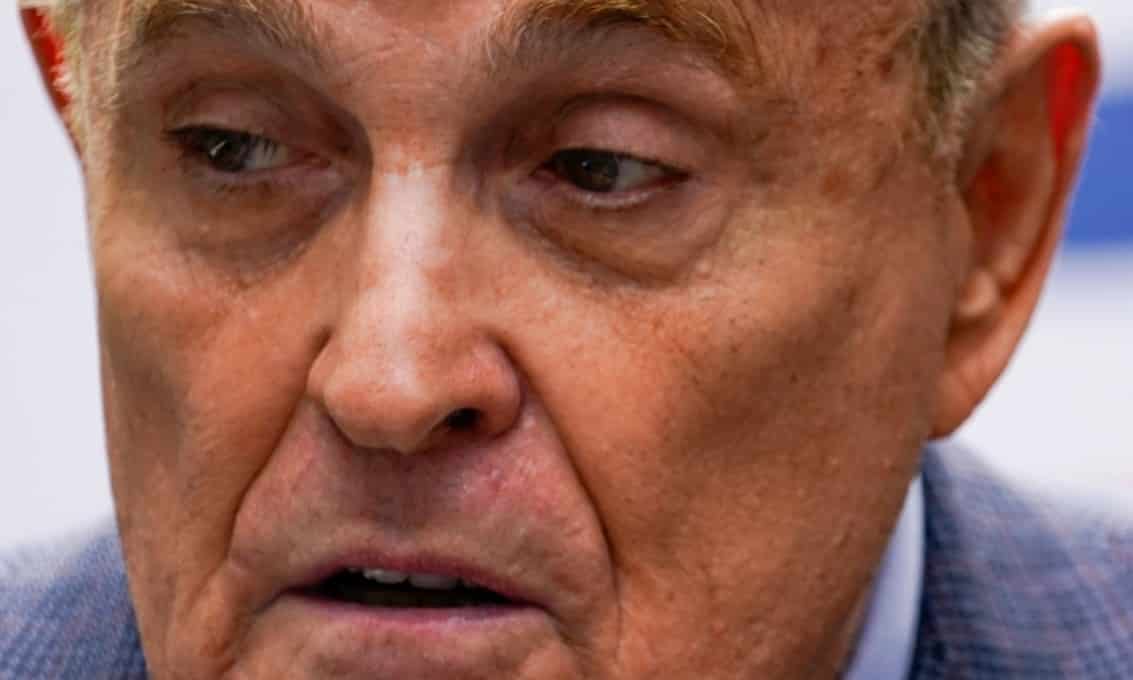 [ Editor’s Update: The hammer has fallen with a boom on Rudy, and I suspect more of the grifter attorneys to get a taste. We will have to look at what is going on with Sidney Powell and  Lin Wood ‘Stop the Steal’ legal team.

“We conclude that there is uncontroverted evidence that respondent communicated demonstrably false and misleading statements to courts, lawmakers and the public at large in his capacity as lawyer for former President Donald J. Trump and the Trump campaign in connection with Trump’s failed effort at reelection in 2020,” a five-judge New York Supreme Court appellate panel concluded in a per curiam opinion issued Thursday.

Rudy worked hard to earn this dishonor. His filings and court hearings had been so wild I had been thinking he was losing his mind, but the demential thing has been overused, so I decided to let the NY Supreme Court tell him the bad news.

This could be the beginning of the house of cards all tumbling down. Glenn Kirschner will most certainly be doing something on this, which I will post when it is up. If we have similar proceedings with Sidney Powell and Lin Wood, I wonder it that would open the door for an ‘conspiracy’ investigation.

And lastly, at what point does the organized pursuit to throw over an election by a group turn into ‘running an ongoing criminal enterprise’, and Federal RICO exposure. I say that not to be silly, but because the NY Court did not buy Rudy’s claim to be engaging in free speech activity, an affront to the court.

I am am printing out the full NY Court opinion now. I would pour a glass of wine to read with it, but it is too early, and booze makes you sleepy with you get old … Jim W. Dean ]

NEW YORK (AP) — An appeals court suspended Rudy Giuliani from practicing law in New York because he made false statements while trying to get courts to overturn Donald Trump’s loss in the presidential race.

An attorney disciplinary committee said in its motion to suspend Giuliani’s license that there was “uncontroverted evidence” that Giuliani had made false statements to the courts, the public and lawmakers as he pushed theories that the election was stolen through fraud.

“This country is being torn apart by continued attacks on the legitimacy of the 2020 election and of our current president, Joseph R. Biden,” the committee wrote. “The hallmark of our democracy is predicated on free and fair elections. False statements intended to foment a loss of confidence in our elections and resulting loss of confidence in government generally damage the proper functioning of a free society.”

The ruling, signed Thursday, will prevent Giuliani from representing clients as a lawyer.

A message seeking comment about the ruling was sent Thursday to Giuliani and his lawyer.

In the decision, the committee wrote that Giuliani “communicated demonstrably false and misleading statements to courts, lawmakers and the public at large” as a lawyer for Trump.

Giuliani had claimed that the investigation into his conduct violated his First Amendment right of free speech and that he did not knowingly make false statements, according to the decision.

The court rejected those arguments, noting that in Pennsylvania, Giuliani failed to “provide a scintilla of evidence for any of the varying and wildly inconsistent numbers of dead people he factually represented voted in Philadelphia during the 2020 presidential election.”

Giuliani was the primary mouthpiece for Trump’s lies after the 2020 election, standing at a press conference in front of Four Seasons Total Landscaping outside Philadelphia on the day the race was called for Biden and saying they would challenge what he claimed was a vast conspiracy by Democrats.  read more..