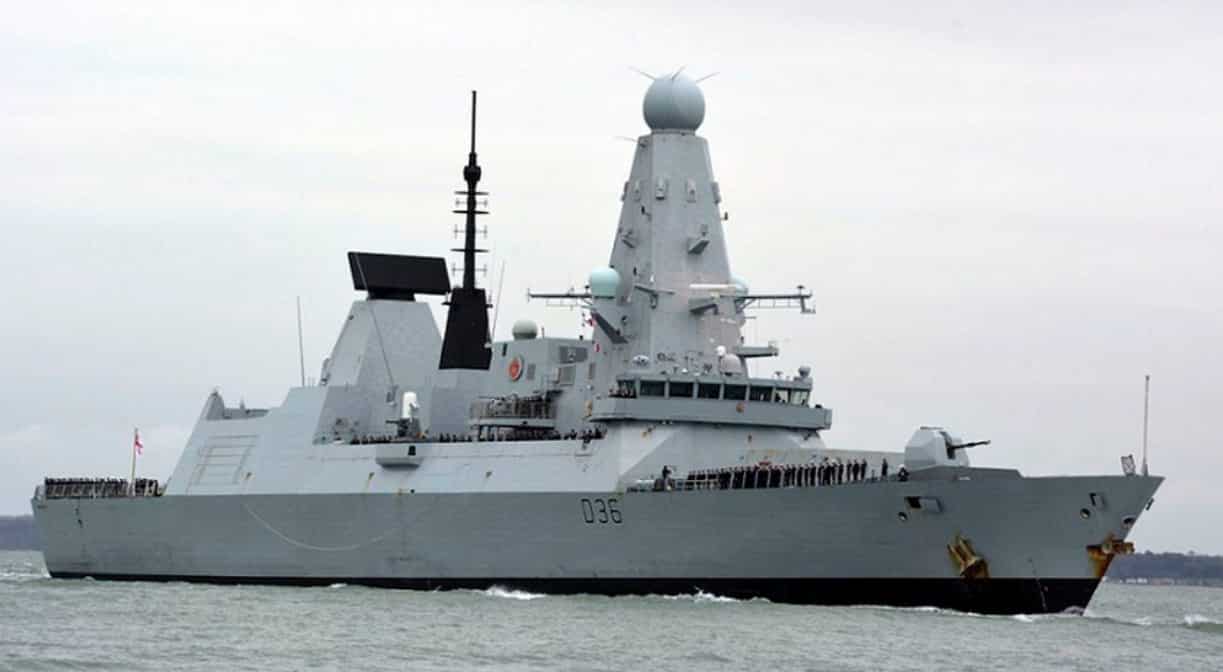 Russia has warned the UK not to make any further provocative actions off the coast of the Crimean Peninsula in the Black Sea, stressing that Moscow reserves the right to respond resolutely to such moves by the British navy.

“We consider that the British destroyer has carried out provocation. Moreover, we regret as this was a deliberate and prepared provocation,” he said, commenting on the June 23 incident in the Black Sea, TASS news agency reported.

Peskov further said the actions of the Royal Navy destroyer Defender in the Black Sea violated international law, and were unacceptable.

“Of course, we are concerned over the actions of the British vessel. We consider such actions unacceptable, they are in violation of international law,” he noted.

“In the event of a repeat of unacceptable provocative action – if those actions go too far, no options can be ruled out in terms of legally defending Russia’s borders,” Peskov warned.

Crimea declared independence from Ukraine on March 17, 2014, and formally applied to become part of Russia following a referendum, in which 96.8 percent of participants voted in favor of the move, which plunged relations between Moscow and the West into a free fall.

“In the case of the use of cruise missiles from the destroyers USS Donald Cook and USS Roosevelt of the US Navy from the Black Sea through the territory of the DPR and LPR, American warships may be destroyed. Thus, Russia will defend Russian citizens.”

The US, the European Union, and Ukraine claim that Russia has annexed the region. Moscow strongly rejects the allegation.

Elsewhere in his remarks, Peskov said Russia’s border guards and armed forces would hold a rather tough stance if anyone tried to stage similar provocations in the Black Sea.

On Wednesday, the Russian Defense Ministry said in a statement that Russia’s Black Sea Fleet, acting in cooperation with the border guard force of the Russian Federal Security Service (FSB), stopped a violation of the state border by the British destroyer HMS Defender off Crimea’s Cape Fiolent.

According to the ministry, the British military vessel ventured three kilometers into Russia’s territorial waters, prompting a Russian border guard patrol ship to fire warning shots and a Sukhoi-24M bomber to drop bombs ahead of the destroyer.

Following the warning maneuvers, the HMS Defender left the waters, but the Russian
ministry denounced the provocative action as a gross violation of the UN Convention on the Law of the Sea, urging London to investigate the crew’s actions.

Russia restricts civilian flights over the Black Sea and the Crimean Peninsula, amid rising tensions with Ukraine and its Western supporters.

However, the British side denied warning shots had been fired and that any bombs had been dropped in the path of the HMS Defender.

“No shots were fired at HMS Defender,” said British Foreign Secretary Dominic Raab during a visit to Singapore.

This is while that Britain’s BBC released footage of the incident and said that shots were fired and that as many as 20 Russian aircraft were “buzzing” the British vessel.

Russia warns Britain it will bomb ships next time

On Thursday, Russia summoned the British ambassador in Moscow, Deborah Bronnert, for a formal diplomatic scolding over the provocative move by the British vessel and to deliver a “tough demarche.”

“We can appeal to common sense, demand respect for international law, and if that doesn’t work, we can bomb,” Deputy Foreign Minister Sergei Ryabkov told Russian news agencies.

Ryabkov, referring to Russian aircraft bombing the path of the British destroyer, said that in future bombs would be sent “not only in its path, but also on target.”

Russia bans the entry into the country of eight EU officials to retaliate against “illegitimate” EU sanctions imposed on its citizens.

Additionally, the Kremlin on Thursday said that Russian President Vladimir Putin supported a proposal from Germany and France for the EU to restart summits with Russia.

“We assess the initiative positively,” Peskov said at a press conference, adding, “Putin is a supporter of creating mechanisms for dialogue and contacts between Brussels and Moscow.”

Peskov was responding to a question about a proposal by Berlin and Paris for the 27-member bloc to consider a potential summit with Putin.

However, many member states of the European bloc lambasted the idea earlier in the day ahead of a debate on the issue by the EU leaders.

EU member states oppose the idea. Ukraine’s foreign minister blasted the proposal earlier Thursday ahead of a debate on the issue by the European Union leaders.

Separately, Russian Foreign Minister Sergei Lavrov said “a lot is unclear”, including the agenda of the proposed summit.

“It is necessary for our colleagues to explain what they mean and what they are aiming for,” he said at a press conference.

The last summit between EU chiefs in Brussels and the Russian president took place in early 2014. Since then, the European bloc has imposed waves of sanctions on Moscow in favor of Kiev.