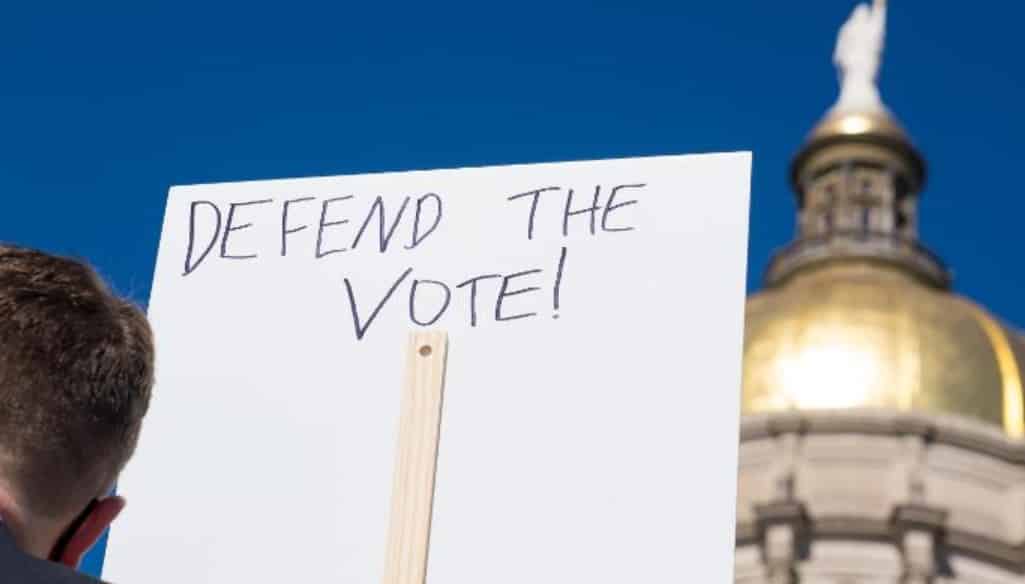 (CNN) – The Justice Department plans to announce a lawsuit Friday against Georgia over new voting restrictions, according to people briefed on the matter.

The state law passed in the wake of former President Donald Trump’s election defeat imposes new voter identification requirements for absentee ballots, empowers state officials to take over local elections boards, limits the use of ballot drop boxes and makes it a crime to approach voters in line to give them food and water.
–
Republicans had cast the measure as necessary to boost confidence in elections after the 2020 election and Trump’s repeated and unsubstantiated claims of fraud, but Democrats in the state have called the new law voter suppression and likened it to Jim Crow-era voting laws.
–
Shortly after it was passed in March, the law had already been challenged in court by a trio of voting rights groups: the New Georgia Project, the Black Voters Matter Fund and Rise Inc.
–
The lawsuit said the new law “disproportionately impacts Black voters, and interacts with these vestiges of discrimination in Georgia to deny Black voters (an) equal opportunity to participate in the political process and/or elect a candidate of their choice.”
–
https://www.cnn.com/2021/06/25/politics/justice-georgia-voting/index.html