by Phil Butler, …with New Eastern Outlook, Moscow, and the Institute of Oriental Studies of the Russian Academy of Sciences, a research institution for the study of the countries and cultures of Asia and North Africa.

[ Editor’s Note: Phil Butler takes us on a trip to Africa, which we typically hear little of other than coups and religious jihadis, when it has so much more. I spent some time compiling a good image folder, as Africa’s visual delights are a sight to behold.

As the birthplace of the hominims that eventually led to the evolution of Homo Sapiens, it should hold a special place in all of our hearts. The ancient grandmother who provided our mitochondrial DNA lives on in all of us today, no matter where and who we may think we are, we are all Africans, hence I used an unusual feature image to honor those ancestors.

I wonder how our ancient grandmother would look upon us now, on all of her squabbling offspring, and not enough energy to spank us all.

I only learned about this when doing my first National Geographic DNA test, a rudimentary one at the time, over a decade ago. But it did introduce me to mother #1. Google referrals took me to some prehistoric stone tool ‘for sale’ links, and it was off to the races for collecting ancient artifacts, starting with ‘celts’, knives and hand axes. 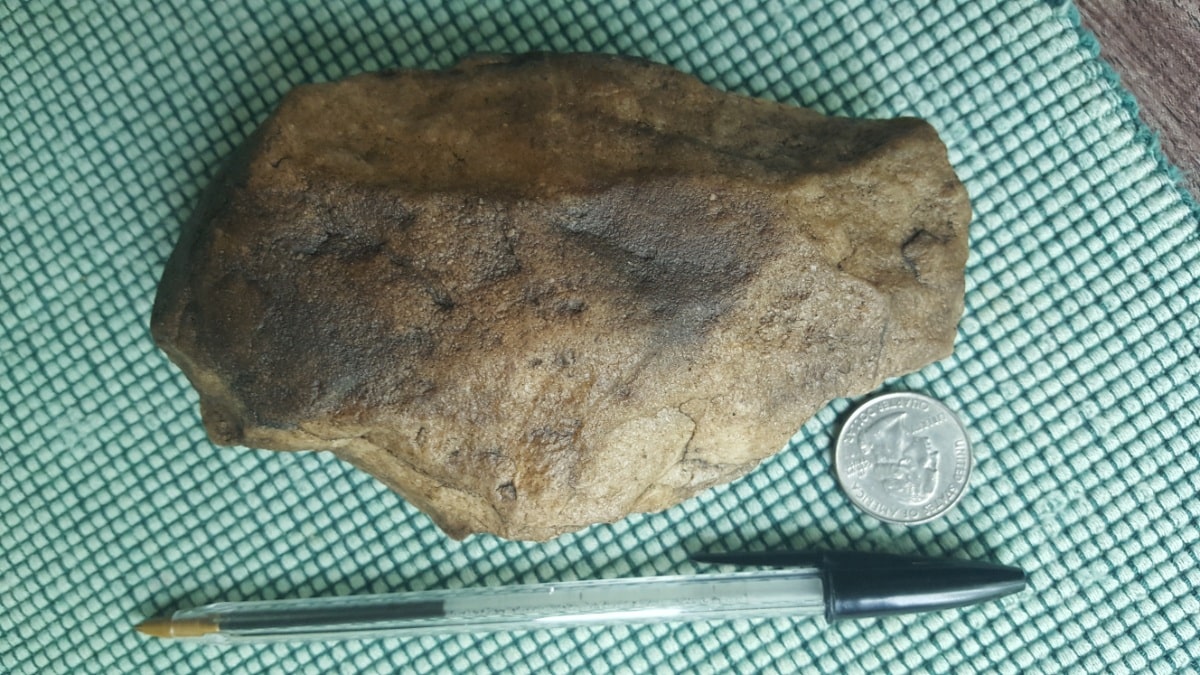 Some years later I hit the jackpot, where I learned I had a 1 million year old middle Paleo,  granite hand axe, a technological masterpiece at its time, as it fits my hand like a glove, the only one I have ever seen like it after looking at thousands over the years.

Above is the 4K photo I just took in the soft light of a cloudy day to share at least what it looks like. To actually hold it in your hand is a whole different experience, a moment of human communion with a span of one million years in between.

It’s a double rush, as you have the spirit of the toolmaker himself in you hands, who was the technical mensa of his age. And then there are all those who used the tool, including those many years later who might have stumbled upon it as a good luck find.

African Bedouins usually find these while looking for small meteorites, a nice payday for them, and they pick up stone tools where winds have uncovered them or they are sticking out of gullys where there has been erosion down to levels where the ancients lived.

It keeps me humble, and ever focused on the idea that the time I have here should be best spent on worthwhile endeavors, with the hope that something will be left behind for others to find, use, and maybe even appreciate.

Non-commercial collectors of ancient artifacts don’t consider themselves as ‘owners’, but as members of a club of custodians that will take good care of them until they are passed on, hopefully to another custodian that appreciates having the honor.

Phil picks up on the theme of what I would call ‘retro NeoColonialism’, where the modern slang version of that would be, “Let’s go asset stripping in Africa by hooking up with heartless rulers wanting to partner with us in sharing the loot”. The cover for such activity is usually ‘promoting democracy’, but VT readers are onto that scam … Jim W. Dean ]

On May 25th the world celebrated Africa Day, the day to commemorate the founding of the Organization of African Unity in 1963. In the United States, the Director of the Atlantic Council’s Africa Center Rama Yade is celebrating by advising the Biden administration on how Africa is America’s biggest geopolitical opportunity.

At the same moment American interests were wringing their hands figuring out new and creative ways to extract Africa’s wealth, the Government of the Federal Democratic Republic of Ethiopia expressed absolute readiness and desire to host the forthcoming second Russia-Africa Summit scheduled for 2022.

While US and Europe try to figure out how to recolonize the old continent, Russia’s trade with African countries is already growing rapidly since the Sochi summit.

This report details this growth, but also Russia’s different strategies for investment. The US, European nations, and especially China are operating differently in Africa. But, even with more constrained resources, Russian businesses are making real headway in cooperating.

Western mainstream media tends to parrot US State Department worries Russia is primarily in the arms and security business in Africa. Every media outlet from London to New York harps on every arms sale Russia makes, and there’s never mention of deals like the huge 1,300 railcar deal worth over 1 billion euro with Egypt.

Western analysts also fail to mention that the primary exports of Russian companies to Africa industries are in agriculture, mechanical engineering, chemical industry, timber industry, and metallurgical. All the rhetoric, the overwhelming narrative is Cold War II bombastic.

And if you read these think tank reports, you cannot help but take notice of the Machiavellian tone western analysts take. In the Yade report at Atlantic Council, the author goes so far as to advise the Biden administration to make use of African American citizens as “assets.” You read correctly.

Turning to both Russia and Africa partners, the progressive movement is determined to destroy negative myths espoused by current media on both sides. In a recent forum, stakeholders worked to understand the prospects of information interaction between the media in the coverage of Russia on the African continent and Africa in Russia. The media can, and indeed must, be a decisive factor in building effective ties.

The need for Russian media to play a more impactful role is obvious. From CNN to Moscow Times, corporate controlled media parrots Russia weapons sales, and nothing more. This passage from a recent story by Modern Diplomacy, the authors highlights the problem:

“…in practical terms and during the past years, has not been prioritized by authorities. European and Western media brands, such as British Broadcasting Corporation, Cable News Network, Associated Press, Reuters, Agence France Press, Quartz, Al-Jazeera, Bloomberg, Xinhua News Agency et cetera, are active with their African partners, while the Russian media are largely invisible.”

The recent video conference with the Russian Association for International Cooperation (RAMS), the Russkiy Mir Foundation and the Association for Economic Cooperation with African States (AECAS) “Russia – Africa in the Mirror of the Media” dealt in part with overcoming the constant Russia to Africa weapons-security echo reverberating across continents.

Then there’s the US and the UN dragging their feet over the potential for Egypt and Ethiopia to have a military conflict over the Grand Ethiopian Renaissance Dam project.

While Washington think tanks and the US State Department have been focused on other issues, Russia’s Foreign Minister Sergey Lavrov has already interceded to help the two countries come to an accord of the controversial Nile River project.

If the US has fears Putin and Russia are trying to take over the world, losing both Egypt and Ethiopia to Russia influence should cause some Washington nail biting.

Meanwhile, news from Addis Abbaba tells of more than 10,000 people in the Ethiopian city taking part in an anti-US rally in the capital Addis Abbaba, denouncing President Joe Biden’s policy on the conflict in the country’s northern region of Tigray.

The Biden administration is sanctioning Ethiopia over alleged human rights issues caused by the armed conflict, but experts say the US is more concerned with Russia gaining influence in the region. Famine in the country and the region is magnifying already strained relations between the western influences and African nations.

For some analysts, America and China fighting a proxy war for influence on the continent seems clear-cut. But Russia gets a lot of the blame for the powder keg some places are becoming. Washington is fighting a typical war of simultaneous sanctions and debt as levers to force outcomes.

Russia, on the other hand, is building relationships incrementally, and sturdier. What makes the whole Africa influence game so hilarious is the way western think tanks can come right out and admit America is after geostrategy there, but Russia and China are somehow the bad guys in it all.

This Atlantic Council piece’s title tells you more than I can about what’s at stake and how nations are going after it. “Africa is America’s greatest geopolitical opportunity. Does the US know it?” But the Chinese and Vladimir Putin are out to create empires? The game is, as it has always been, like Monopoly the board game, only for much older children.

I wonder if Vladimir Putin and his Foreign Minister Sergey Lavrov feel at a disadvantage because there are so few Russians of African descent? Funny how the tables turn.

The nation that is supposed to uphold diverse ethnicity is to use the race card to further neo colonialism. And, the nation accused of rebuilding an evil empire turns out being the masters of detente. Funny world.