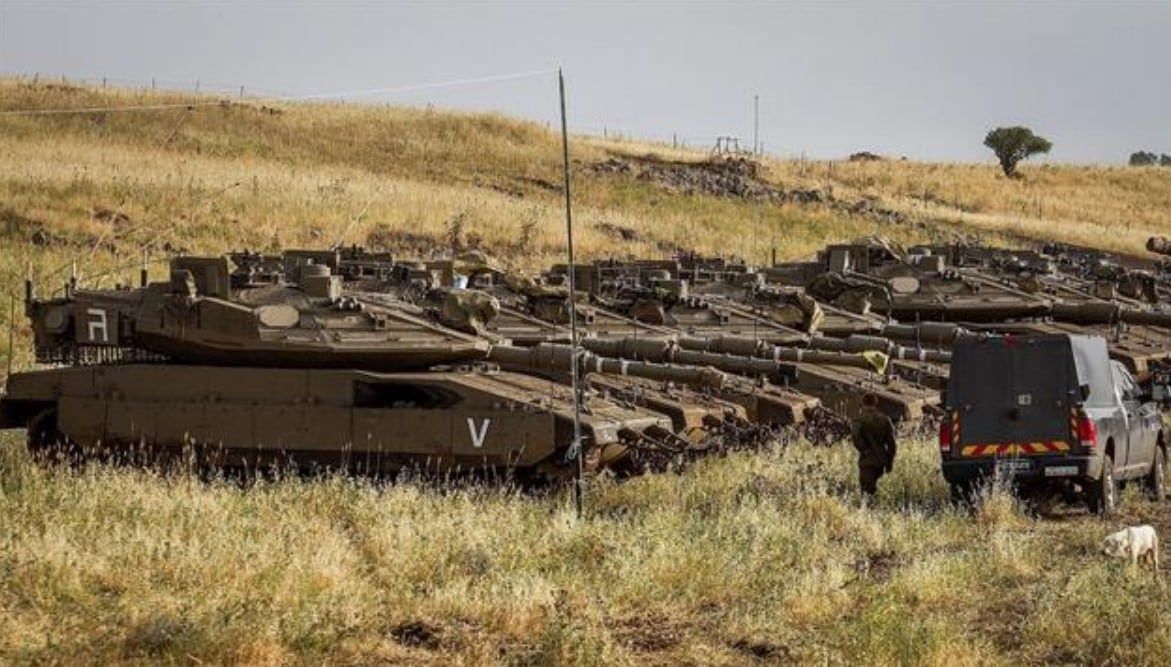 The Biden administration is walking back on Donald Trump’s recognition of the occupied Syrian Golan Heights as “Israeli territory”, in what Republicans have described as a significant blow to the Tel Aviv regime, a report says.

Press TV: A State Department official, speaking on condition of anonymity, alleged in remarks to the Washington Free Beacon website that the territory belongs to no one, and its control could change depending on the region’s ever-shifting dynamics.

Back in February, Secretary of State Antony Blinken first raised questions about the Biden administration’s view on the matter. At the time, Blinken would only say the Golan Heights “remains of real importance to Israel’s security,” but that its formal status remained unclear.

Israel seized the Golan Heights from Syria in the closing stages of its 1967 Six-Day War on Arab countries, which also saw the regime occupy the Palestinian territories of the West Bank, East Jerusalem al-Quds and the Gaza Strip.

Trump signs US recognition of Israeli sovereignty over Golan Heights

US President Donald Trump has formally recognized Israeli sovereignty over the occupied Golan Heights, a border area the Tel Aviv regime seized from Syria in 1967.

Tel Aviv unilaterally annexed the Golan Heights in 1981 in a move not recognized internationally.

Syria has repeatedly reaffirmed its sovereignty over the Golan Heights, saying the territory must be completely restored to its control.

In March 2019, Trump signed a decree recognizing Israeli “sovereignty” over the occupied Golan during a meeting with then Israeli prime minister Benjamin Netanyahu in Washington.

Former US secretary of state Mike Pompeo, who was central to formulating and advancing the Trump administration’s decision on the Golan Heights, told the Free Beacon that the Biden administration was jeopardizing Israel’s security.

David Milstein, former special assistant to the US ambassador to Israel under Trump, also said the reversal signaled “an unconscionable betrayal of our close ally Israel.”

“Our allies depend upon the United States keeping its commitments,” Milstein told the Free Beacon. “But now Secretary Blinken has re-injected the dangerous and delusional idea the US could support pressuring Israel to give up the Golan Heights in the future.”

On Thursday, Honduras transferred its embassy in Israel from Tel Aviv to the occupied Jerusalem al-Quds, breaking a decades-long policy of neutrality in the Israeli-Palestinian conflict.

Israel is set to open a diplomatic office in Honduran capital of Tegucigalpa.

The Central American nation became the fourth country to follow the US move under Trump to relocate its chief diplomatic mission in Israel from Tel Aviv to Jerusalem al-Quds. The other two states are Guatemala and Kosovo.

Trump sparked controversy by officially recognizing Jerusalem al-Quds as the Israeli ‘capital’ in December 2017, before moving the US embassy there from Tel Aviv in May 2018.

Most world countries have reportedly declined to attend an event next week marking the opening of the American embassy in Jerusalem al-Quds.

Guatemala and Paraguay later followed in Washington’s footstep, before the latter reversed its decision after just four months.

Israel lays claim to the entire Jerusalem al-Quds, but the international community views the city’s eastern sector as occupied territory and Palestinians consider it the capital of their future state.