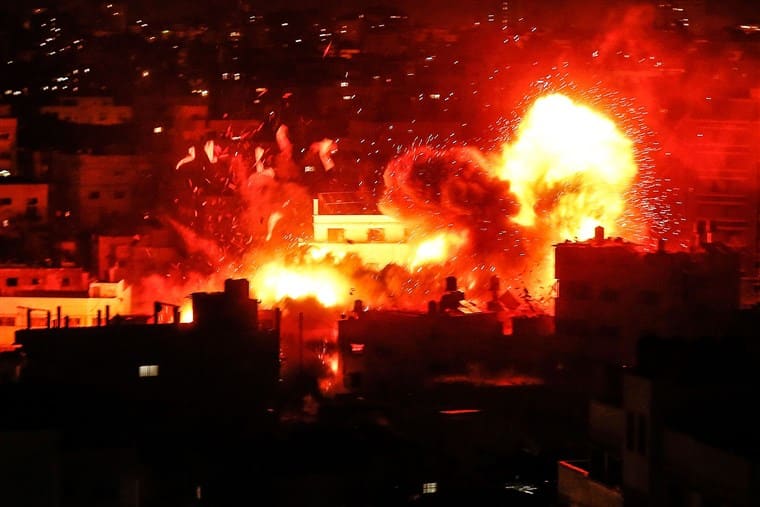 [ Editor’s Note: The US once again gets sucked into having its weapons being used in improper ways, yet is quiet about it, which effectively puts the American stamp of approval on the acts.

But we all know that if three Jewish apartment buildings were taken down like this with US made precision 2000 lb bombs, there would be screams to high heaven of a new holocaust being perpetrated.

Meanwhile our own Pentagon generals go to work the day after a Gaza turkey shoot killing like this to study the effectiveness of our American made weapons thinking that their and our hands are clean from any responsibility, which of course a kid in Sunday school could tell you they are not.

At least we have the New York Times stepping out with their story, so we must be grateful for that. But that still leaves us as a country where then a terrorist attack is done on us with a foreign weapon involvement it is viewed as an international terror attack.

But when US weapons are used like they have been in Yemen to kill endless civilians, all we get from our command structure is, “It’s not our problem or responsibility, man, go ask the Saudis.” And of course, it is the same when the Israelis misuse our stuff, over and over and over… Jim W. Dean ] 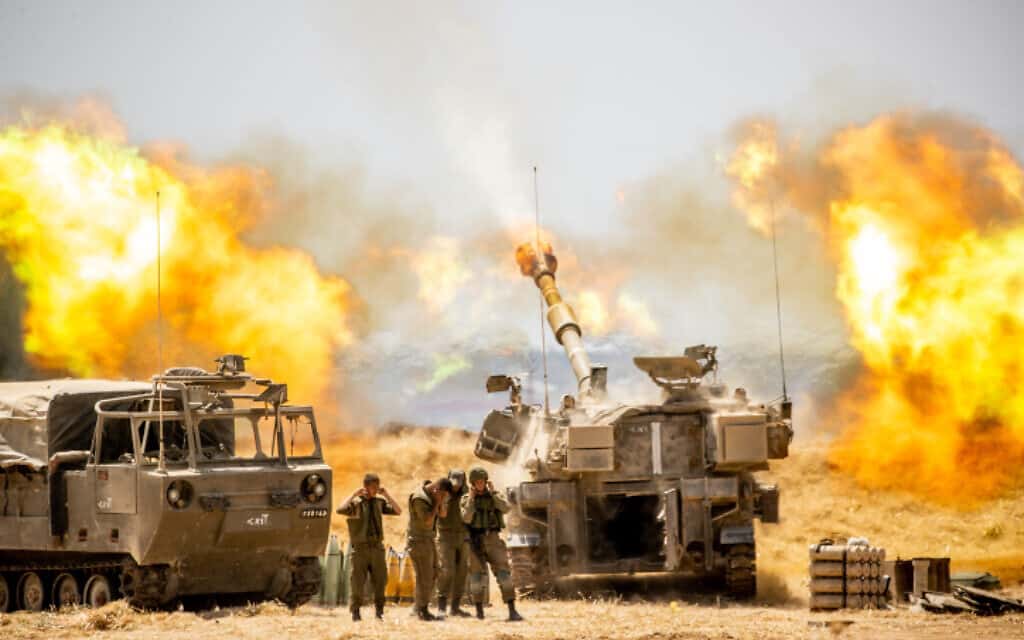 An investigation finds that the Israeli regime has conducted a series of bloody airstrikes in a Gaza Strip neighborhood “without warning” and “with limited intelligence about what they were attacking.”

The New York Times video probe showed some of the Israeli military’s largest bombs have been used in the airstrikes that targeted the upscale Rimal neighborhood.

The massive bombardment flattened three apartment buildings in the early morning hours of May 16, killing 44 people in what marks the single deadliest incident of Israel’s 11-day war on Gaza.

The types of Israeli strikes that were documented “can easily lead to catastrophe and could be a war crime,” experts told the US newspaper. Israel claimed that the attacks targeted an underground Hamas command center whose existence has been denied by the Palestinian resistance movement.

The Israeli military did not provide evidence of the alleged command center and told the Times that it had no information about its exact location and its size.

Bomb fragments presented to the newspaper by Gaza police indicate the bombs dropped on al-Wahda street in Rimal were American-made 2,000-pound GBU-31 Mark 84 bombs outfitted with GPS equipment that allows for precision targeting.

According to the investigation, the Israeli Air Force has dropped at least four bombs “within feet” of the apartment buildings. The Israeli military claimed that all of the bombs have hit their designated targets, but that does not mean the strikes were in compliance with international law.

Tel Aviv launched the bombing campaign against the besieged Gaza Strip on May 10. Apparently caught off guard by the unprecedented barrage of rockets from Gaza, Israel announced a unilateral ceasefire on May 21, which Palestinian resistance movements accepted with Egyptian mediation.

According to Gaza’s Health Ministry, 260 Palestinians were killed in the Israeli offensive. In response, Palestinian resistance factions fired more than 4,000 rockets and missiles into the occupied territories, killing 12 people.

The Israeli regime attacked Gaza for a second time in outright violation of a fragile ceasefire that it had desperately demanded during its latest war on the Palestinian enclave.

Meanwhile, the special UN coordinator for the Middle East Peace Process, Tor Wennesland, warned on Thursday that the Egyptian-mediated ceasefire that ended the Israeli war on Gaza remains “very fragile.”

Speaking during his briefing to the UN Security Council on the situation in the Middle East, the senior UN coordinator said the United Nations is working closely with all concerned parties and partners, including Egypt, to solidify the ceasefire, allow entry of urgent humanitarian assistance and stabilize the situation in Gaza.

“I urge all sides to refrain from unilateral steps and provocations, take steps to reduce tensions, and allow these efforts to succeed,” said Wennesland.

“Everyone must do their part to facilitate ongoing discussions to stabilize the situation on the ground and avoid another devastating escalation in Gaza.”

The Hamas leader in Gaza on Monday expressed dissatisfaction with “bad” talks with UN diplomats supporting the Egyptian-brokered ceasefire, saying the Israeli regime has no will to end the humanitarian crisis.

“The meeting was bad, it was not at all positive. They listened to us attentively. The roots of the problem must be resolved and unfortunately, there are no signs that there are intentions towards solving the humanitarian crisis in the Gaza Strip,” Yahya Sinwar, told reporters after the meeting with the UN delegation, led by Wennesland.