[ Editor’s Note: Iran is not waiting until the Western JCPOA renegers run out the clock on the Vienna negotiations to give it the bad news. Iran has given its notice that it will not be complying with the deal while others are not.

With the free time the ex-JCPOA partners will have on their hands, maybe they will work on making the Mideast into a nuclear free region via demands that Israel turn over its undeclared nuclear arsenal and open up its nuclear program to IAEA inspections.

After all, Israel is still a voting member on the United Nations, despite its ignoring any UN resolutions that it does not like. The UN’s not sanctioning Israel for its conduct has led to where were find ourselves today, where Israel uses the UN like underwear which it can simply remove when it does not like something.

Sure, Biden is in a tough spot even if Iran wanted to renew the original deal. He cannot control Congress on the issue. The Republicans got out of the gate early by demanding a veto any an Biden administration deal with Iran.

They had zero embarrassment doing that for the Israelis, showing again that the US is just fine with Israel being a rogue nuclear state. There is not much the public can do about it, as their politicians would sell them out to keep the Zios happy.

There are some ‘not so wonderful’ things about our democracy. Biden has put on the crown that he is going to restore America’s image in the world.

When it comes to Israeli transgressions, America is for sale, something the Dems said was horrible when Trump pedaled influence at every opportunity possible, but Dems will do the same when they feel it benefits them.

Dear Joe, rein in the rogue nuclear country in the Mideast and sanction them if necessary. The CIA files are full of enough travesties to give you cover. VT can even give you our 9-11 material, which is no small thing. Then you can be the real deal, and maybe the first… Jim W. Dean ] 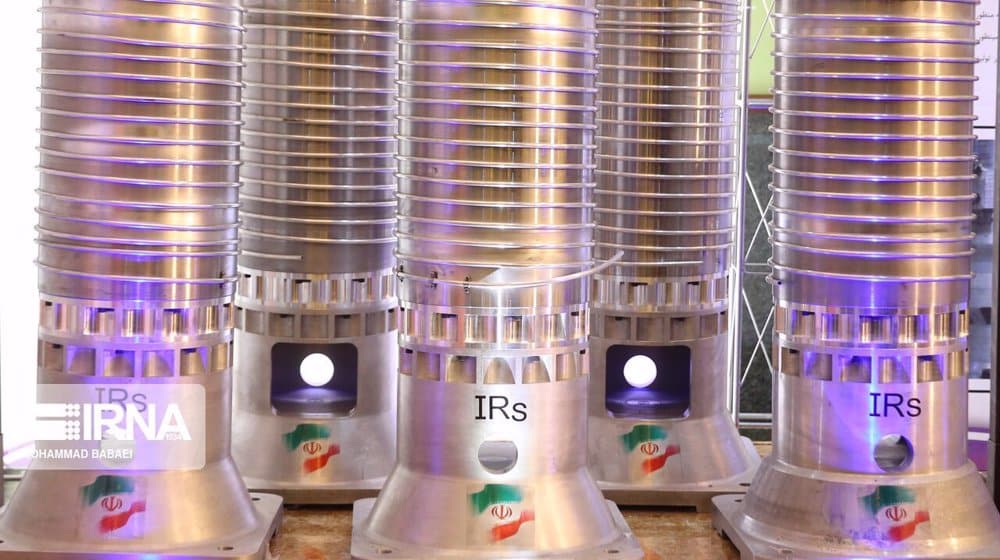 The speaker of Iran’s Parliament says Tehran will not hand the images and files related to its nuclear sites and facilities over to the International Atomic Energy Agency (IAEA) following the expiration of the country’s monitoring agreement with the agency.

“I have already given notice of the Strategic Action Plan to Counter Sanctions law and the International Atomic Energy Agency’s obligations, and I emphasize once again right now that nothing has been extended after the expiration of the three-month period [of Iran’s monitoring agreement with the IAEA],” Mohammad Baqer Qalibaf said during an open session of the Parliament on Sunday.

“After that, no recorded data will ever be given to the agency and the data will remain in the possession of the Islamic Republic,” the top parliamentarian said.

Back in February, Iran and the IAEA reached a technical understanding under which Tehran agreed to exercise more patience over the promised removal of the United States’ sanctions by keeping the recordings from its nuclear sites for three months to see if world powers could convince the US to remove its illegal sanctions.

Earlier, the Iranian administration had decided to stop its voluntary implementation of the Additional Protocol that allowed the IAEA to carry out short-notice inspections in Iran, denying IAEA inspectors access to Iran’s nuclear facilities beyond the Safeguards Agreement.

The decision was made in accordance with a December 2020 law passed by the Iranian parliament – dubbed the Strategic Action Plan to Counter Sanctions – that prompted the Iranian administration to restrict the IAEA’s inspections and accelerate the development of the country’s nuclear program beyond the limits set by the 2015 Iran nuclear agreement.

According to Qalibaf, the Strategic Action Plan to Counter Sanctions is currently being implemented in full.

Iran decided to reduce its nuclear commitments in a gradual process beginning on May 8, 2019, exactly a year after Washington’s unilateral withdrawal from the nuclear deal, also called the Joint Comprehensive Plan of Action (JCPOA). The decision, Iran argues, is part of the country’s right, under the accord, in case of gross noncompliance by the other side, such as the US withdrawal.

Iran’s monitoring agreement with the IAEA expired in May amid diplomatic efforts in Vienna, Austria, to revive the JCPOA, but the two sides agreed to extend the agreement for another month, until June 24, expecting the Vienna talks to come to a conclusion by then.

Amid pressure by the IAEA on Tehran to once again extend the agreement, Iran’s permanent representative to Vienna-based international organizations said on Saturday that the IAEA cannot consider Iran’s extension of the agreement as something it was entitled to.

“What Iran is committed to fulfilling are the obligations under Safeguards Agreement, no more or less,” Kazem Gharibabadi stressed.

He made the remarks after the IAEA demanded an immediate reply from Iran on whether it would extend the monitoring agreement, to which Gharibabadi responded that Tehran was under no obligation to provide an answer.

Iran will turn off IAEA cameras if sanctions not removed

Meanwhile, a senior Iranian lawmaker said if the anti-Iran sanctions are not removed through the Vienna talks, the country will not only bar the IAEA’s access to photos and videos from its nuclear sites, but will also turn off the agency’s monitoring cameras as well.

“If the sanctions are not removed, we will not only block their access to files and photos, but also turn off cameras as well,” Mahmoud Abbaszadeh Meshkini, the spokesman for the Iranian Parliament’s National Security and Foreign Policy Committee, said in an interview with Yemen’s al-Masirah network on Sunday.

US Secretary of State Antony Blinken said on Friday that any failure by Tehran to extend its agreement with the UN nuclear watchdog would be a “serious concern” for the Vienna negotiations.

“Regarding the IAEA, this remains a serious concern,” Blinken told a news conference in Paris alongside his French counterpart, Jean-Yves Le Drian. “The concern has been communicated to Iran and needs to be resolved.”

Responding to Blinken, Abbaszadeh Meshkini said the US cannot impose its will on Tehran, since it was the first party to the JCPOA that violated the deal.

“Blinken’s remarks are aimed at gaining concessions through a psychological warfare,” he said, adding that the US has no right to “demand anything from us, because it needs the [nuclear] agreement more than we do.”

The lawmaker also said the removal of all sanctions is Iran’s red line. After verifying the removal, he explained, Iran will return to all of its nuclear undertakings under the JCPOA.

According to Abbaszadeh Meshkini, the Americans are not trustworthy and Iran has the right to demand guarantees that the US would not withdraw from the nuclear pact again.