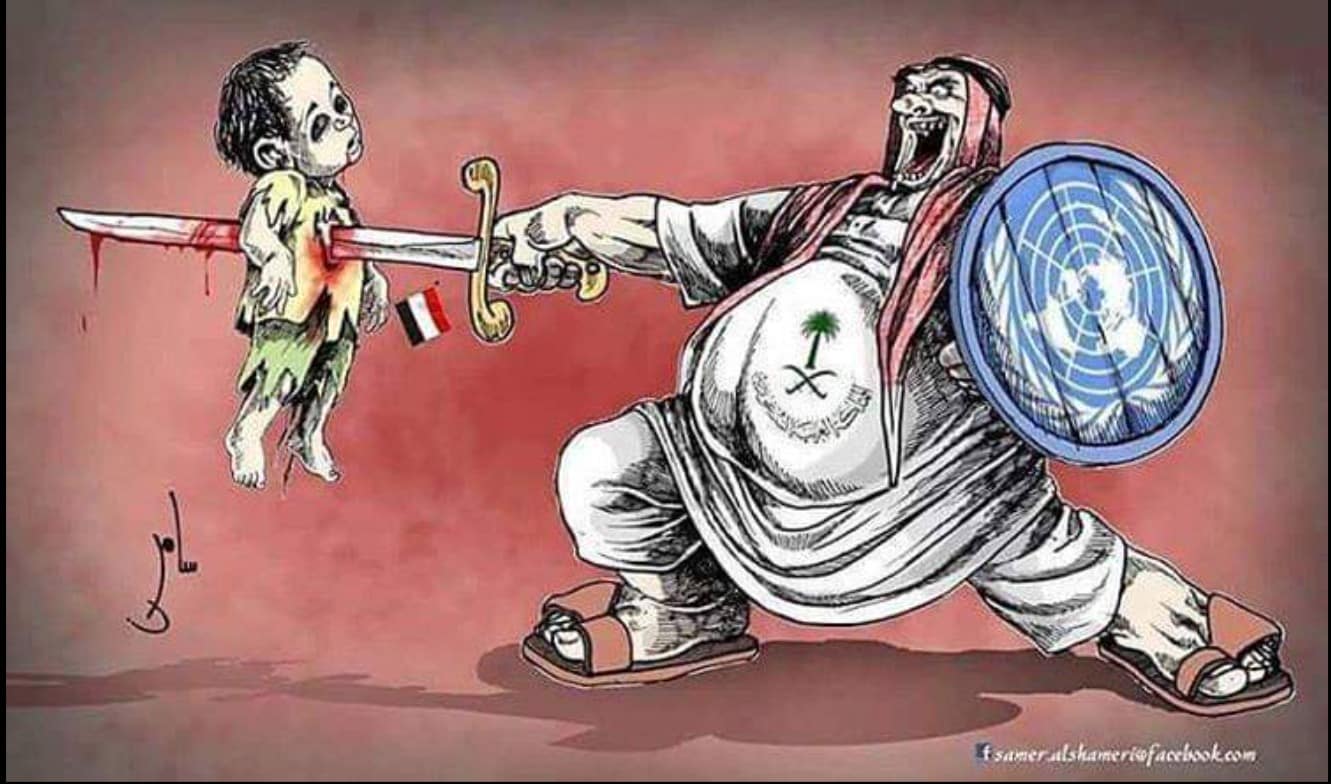 Watch: This Yemeni kid has a few words for Saudis and the entire world… pic.twitter.com/RJpyC2fQLM

Yemeni children hold a demonstration in the northwestern city of Sa’ada on June 26, 2021 to condemn the latest UN decision to add Ansarullah to its blacklist of parties violating children’s rights. (Photo by al-Masirah)

A large number of children on Saturday demonstrated in northwestern city of Sa’ada, slamming the UN move to blacklist the popular group, while removing Saudi Arabia, which is responsible for the death and maiming of thousands of Yemeni children.

“We call the UN decision to accuse the Yemenis of killing themselves, whilst acquitting the Saudi-led coalition ‘foolish’ and dismiss the step. Whatever statement the body puts out, it would be of no significance to us anymore,” they said in a final communiqué.

A senior Yemeni official says territorial gains made by the country’s armed forces and their allies forced the United States to recognize the Ansarullah movement as a legitimate actor in Yemen.

“We consider the United Nations as an accomplice in all crimes committed by the Saudi-led coalition of aggressors against Yemen. Indeed, it is legitimizing the [military] alliance,” they added.

“Yemeni children will continue their education even on the ruins of their schools. No one can hide the truth from us and no one can mislead us. We know who is killing us as well as our parents and siblings, is displacing us and starving hungry.”

Last week, Ansarullah’s political bureau announced in a statement that “Guterres’s move produced convincing proof that the UN is simply a worthless platform exploited by major powers to distort facts and confiscate the rights of oppressed nations.”

Yemen’s popular Ansarullah movement condemns as ‘disgraceful’ the UN’s decision to add the group to its annual blacklist of states and armed groups that violate children’s rights.

“The United Nations would better remain neutral, and not act as a mouthpiece for the coalition of aggressors and repeat their nonsense and ridiculous statements,” it noted.

Ansarullah’s inclusion in the blacklist of states and groups that violate children’s rights is “unjust, invalid and disconnected from real-world facts”, the statement said.

“The United Nations severed its ties with our nation and sided with the aggressor coalition by such a classification,” it added.

Saudi Arabia, backed by the US and regional allies, launched a devastating war on Yemen in March 2015, with the goal of bringing the government of former Yemeni president Abd Rabbuh Mansur Hadi back to power and crushing Ansarullah.

One child in Yemen dies every five minutes as half of medical facilities are out of service: Health Ministry

The spokesman for Yemen’s health ministry says at least one child dies every five minutes in the country because of the brutal Saudi-led blockade.

The Saudi-led military aggression has left hundreds of thousands of Yemenis dead, and displaced millions more. The Saudi war has also destroyed Yemen’s infrastructure and spread famine and infectious diseases across the country.