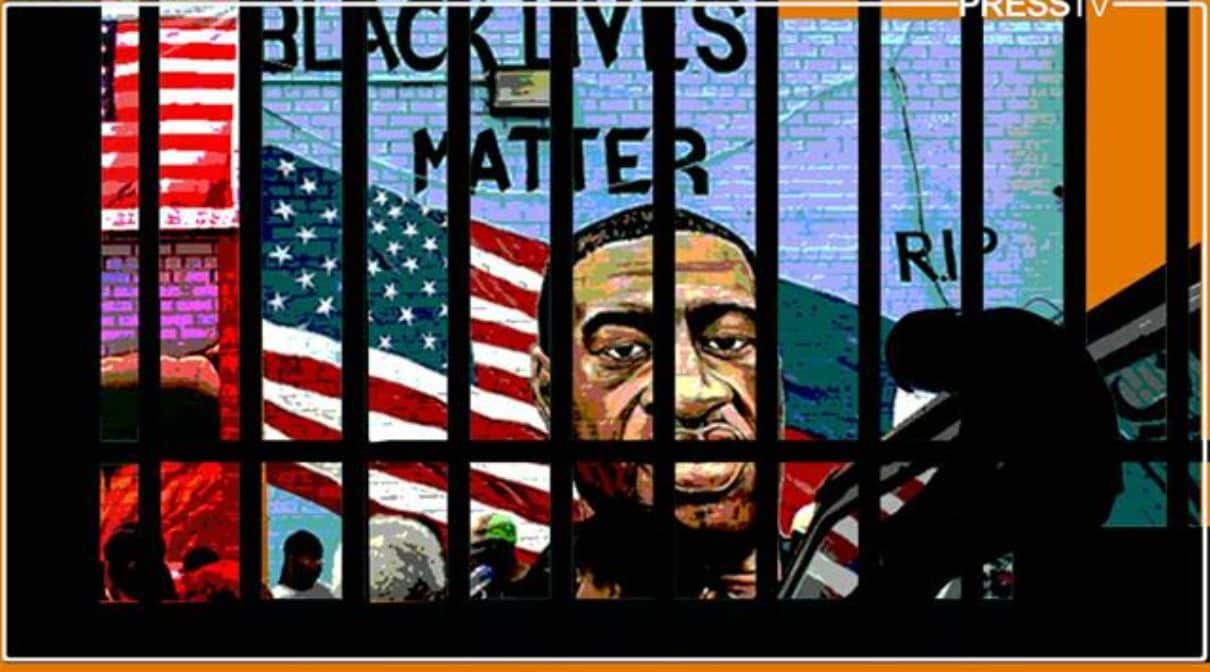 Derek Chauvin, the former Minneapolis police officer who murdered George Floyd in what critics described as a modern-day lynching in the United States is now behind bars, where he belongs, after a judge sentenced him to twenty-two and a half years in prison.

According to Minnesota law, inmates must serve a minimum of two-thirds of their sentence, meaning that in theory, Chauvin could be released by the time he is around 60 years old.

Some are so skeptical of the system of entrenched racism in the United States, which they believe that Chauvin might even end up being released sooner. And no one could blame them for that skepticism.

Many, of course, believe that Chauvin should have received an even heavier sentence than the one, which was eventually handed down to him.  As an officer of the law, employed and paid by American tax dollars to enforce the law, he brazenly broke the law, comfortable in the knowledge that he had the full weight of the system stacked in his favor. He knelt on George Floyd’s neck for more than nine minutes, killing him, despite Floyd’s continued cries for help. Many argue that Chauvin should have been charged with first degree murder and never released from prison, given life without the possibility of parole.

But, the reality is one day Chauvin will walk away from prison a free man and return to his family. But the family of George Floyd, will never have their son returned to them.

It’s telling that Floyd’s own family described the sentencing as a slap on the wrist as well as many others viewing it in a similar light.

The sentencing of Chauvin was also illuminating in other ways. The spectacle of Derek Chauvin’s mother, taking to the podium declaring her son a good man, highlighting his so-called humanity and innocence encapsulated the delusion of those in America who are in denial of systemic racism and anti-Black policing perfectly.

Chauvin, also addressing what was in reality the entire world, offered condolences to the Floyd family, while in the next breath seeming to hint that he and his legal team might have what they believe to be a legal basis to appeal the judge’s sentencing. This is speculation, but that’s what it sounded like to many.

And, what will become of Chauvin once released? Might he be offered lucrative TV publishing and production deals to tell ‘his side’ of the story? Might he receive such offers while still behind bars?

George Zimmerman, who killed the Black child Trayvon Martin in 2012, is said to have sold the gun he killed Martin with for hundreds of thousands of dollars. He’s also believed to have sold ‘artwork’ for large sums of money.

Ultimately, the judgement of Chauvin goes beyond his sentencing. How he lives beyond prison will also reflect on the system in the United States. And unless we begin to see all officers face accountability, and serious steps taken to tackle systemic racism that actually have an impact to deal with what is a longstanding and arguably deepening problem, any notion that the Chauvin case represents a real blow to systemic white supremacy in the US will be proved a fallacy.

There are thousands like George Floyd all across the US, and what we have seen with the jailing of Chauvin is some measure of accountability in one case, which sides alongside countless others.

Were it not for the fact that the murder of George Floyd was filmed, captured and shared by millions around the world, sparking global protests, it’s doubtful whether we would have even seen Chauvin face any legal proceedings, much less receive a guilty verdict.

Chauvin’s sentencing made big headlines. But what made small headlines was a report from the UN Human Rights Council in recent days, calling on the US, UK and other countries to pay reparations to Black people and to stop denying racism and begin the real work of dismantling it. Such a task though, even if backed by real political will, is far from becoming a reality. Just look at what it took for Chauvin to be convicted of murder and jailed.

Richard Sudan is a journalist, writer and TV reporter working for Press TV.