…via PressTV, Tehran, from The Grayzone

[ Editor’s Note: What a travesty here, three years off dragging Max through the DC Court system, where if I had a background in major country level intel psychological operations I would be suspicious of a major country intellignce agency having had a hand in trying to take the GreyZone down using this woman dealing with some serious issues herself.

The Israeli Lobby can drop a harrassment lawsuit on someone in a hearbeat, with donors a plenty willing to anti-up for the home team. Intimidating and silencing people, including journalists is a sport to some.

The line below from the GrayZone, ‘with the help of a powerful DC lawyer closely linked to the Israel lobby,” would make me more suspicious, but that can be viewed as hiding in plain sight.

A busy journalist can get caught reposting a quick Twitter report, as Twitter click competition is brutal. To her credit, she did walk the story back, but then turned around and sued. That seemed so strange I had to read it over several times to be sure I was not having a senior confusion moment.

Why would she have persued a case like this for three years, or was someone using her to do so. Here is a hint I just found on her Twitter.

“To everyone reaching out to me with concern: I’m fine. I stand by my journalism and I will never be ashamed of writing about my struggles with mental illness and drug abuse. To anyone facing similar demons: you are not alone. I am proof that healing is possible. Stick with it.”

I just googled her dad, Terry Abderson, as the story referred to her as an heiress. His Wiki had him suing Iran for his time as a hostage, getting an estimated $26 million and then filing for bankruptcy seven years later after teach journalism and doing charity work.

This looks like a troubled lady who tried to follow in her dad’s journalism shoes and got in over her head. That said, she is still responsible for putting the GreyZone through the ringer… Jim W. Dean ] 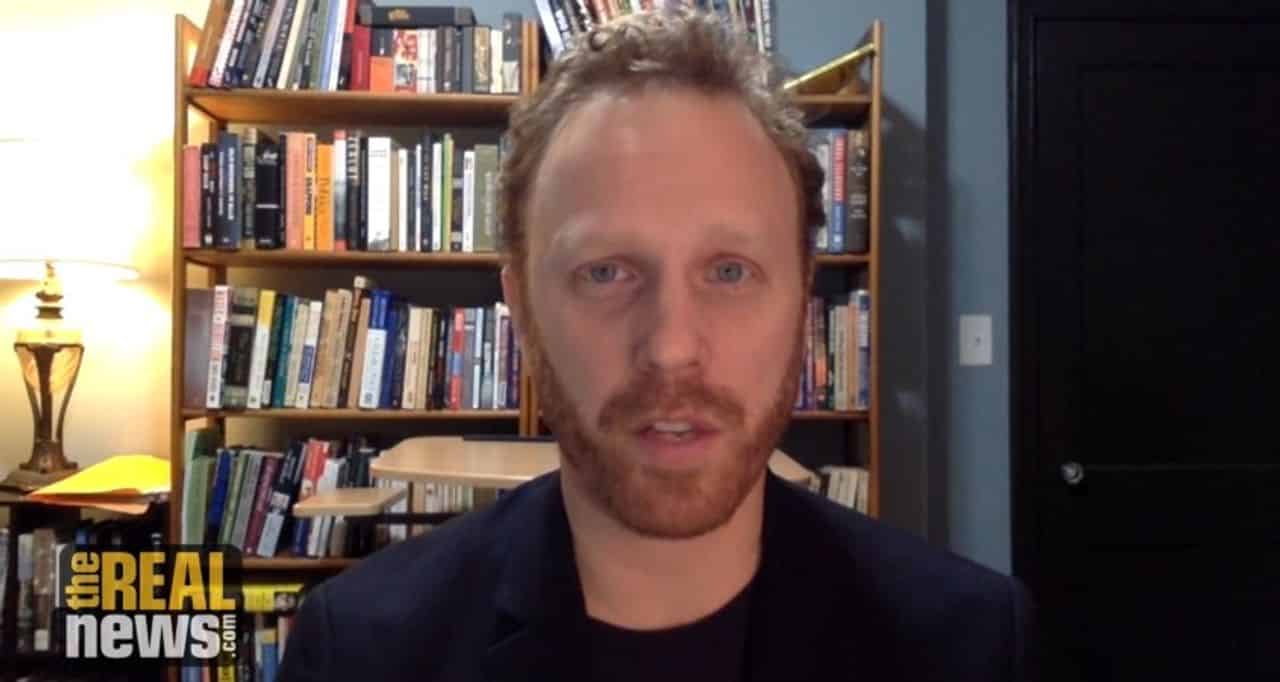 The District of Columbia Superior Court has rejected a lawsuit filed by writer Sulome Anderson seeking to destroy The Grayzone, a news website, over one of its articles which showed Anderson published blatant misinformation falsely alleging Iranian attacks on Israeli-occupied Golan Heights.

On May 9, 2018, Anderson tweeted two videos that she claimed showed Iran allegedly firing missiles at the Israeli-occupied Golan Heights. Many Twitter users immediately pointed out that the videos contained no such footage.

Anderson then deleted these tweets. However, an archived Google search shows the cached versions of the tweets.

In the first of the two deleted tweets, Anderson wrote, “Video of Iranians firing missiles into Israel just minutes ago.”

In the second deleted tweet, she added, “Another video of Iranian missile fire at the Israeli Golan, sent to me by a source in Hezbollah.”

Both videos were found to be bogus, as Anderson herself soon acknowledged. She issued a correction, tweeting, “Correction: earlier today I posted a video a source sent me who was under the impression that it was of an Israeli airstrike in Syria this morning; it was actually of a mine clearing in Damascus. Miscommunication down the line. Tweet has been deleted.”

Later in May, Ben Norton of The Grayzone wrote an article for the website, entitled “Sulome Anderson Admits Her Supposed Hezbollah Source Is ‘Incredibly Unreliable.’” The article consisted primarily of Anderson’s own admission that her sources were not credible.

In December of the same year, Sulome filed a frivolous, million-dollar suit claiming libel, defamation, and tortious conspiracy against The Grayzone’s editor Max Blumenthal and Norton. She also taunted and threatened William Moran, Blumenthal’s friend and long-time personal attorney, with the coming lawsuit.

However, on June 16, Judge William M. Jackson rejected the lawsuit, putting an end to the entitled heiress’ three-year-long campaign to smear and bankrupt The Grayzone with the help of a powerful DC lawyer closely linked to the Israel lobby, the website reported.

The daughter of the AP reporter Terry Anderson, Sulome, who speaks Arabic, has reported from the Middle East for outlets such as the Atlantic, NBC News, the Daily Beast, and Newsweek.

Her lawsuit against The Grayzone was boosted by some powerful friends in the corporate media. CNN host Jake Tapper and New York Magazine’s in-house neoliberal enforcer, Jonathan Chait, were among those who prompted the suit.

Commenting on Twitter about her lawsuit, Sulome claimed that “this has very little to do with defaming me,” conceding her ulterior motive to muzzle and destroy The Grayzone. The malicious quality of the complaint, however, prompted an exasperated statement by Judge Jackson at the start of the July 2019 hearing.

“I don’t think anyone expected to see a journalist using libel law to try to sue another journalist in a local court,” the judge commented.

Jackson also rejected the main allegation in Sulome’s legal assault that The Grayzone “had engaged in a nefarious conspiracy to defame her with a collection of anonymous Twitter accounts with which we had no connection.”

“If a judge had validated such an absurd claim, Sulome’s legal assault could have made social media users liable for tweets by anonymous users simply because they shared similar opinions or ideology,” the website said in its report.

In a statement to The Grayzone, the website’s legal defenders at Hawgood & Moran Law called Sulome’s complaint as “a Trojan Horse that would have ended the free and open exchange of ideas on social media.”

“Sulome Anderson reported a false casus belli based on an admittedly ‘incredibly unreliable source,’” the counsel explained, adding she “then unleashed a venerable, or at least very expensive, DC law firm in an attempt to effectively banish not only social media use but also having (alleged) thoughts that her attorney would deem controversial.”