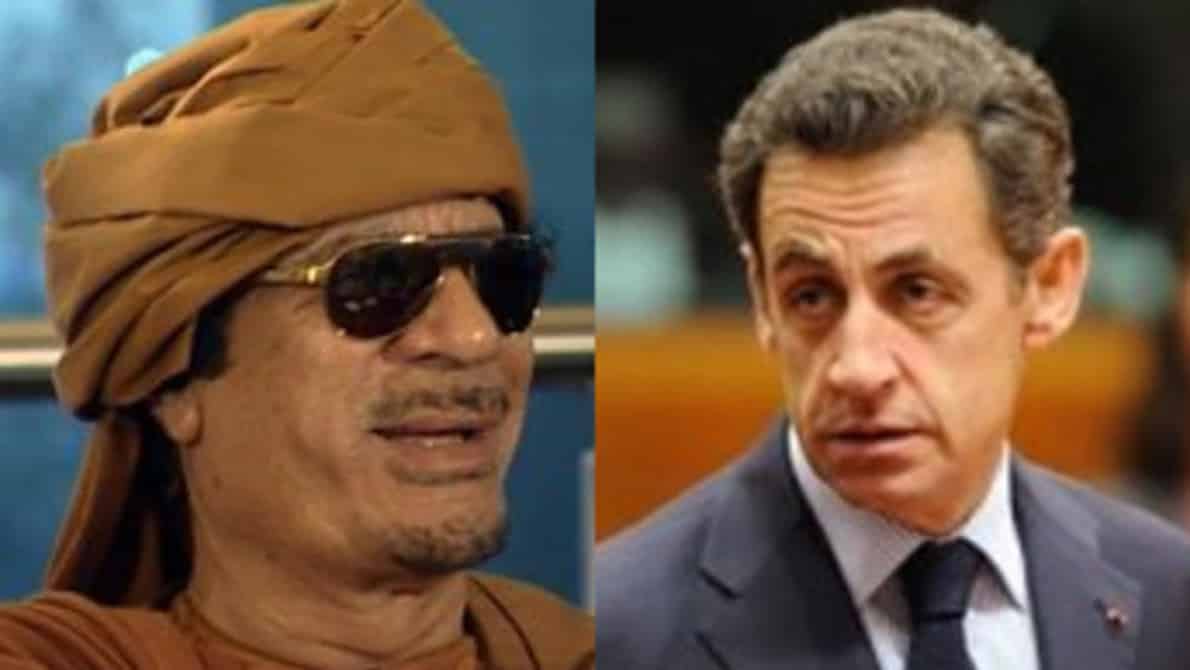 The spies who were plotting with Libya are French. The one spread by France24 is not a big news except that some of them are. been indicted by the French judiciary.

11 years after the military coup carried out by French President Nicola Sarkosy and American President Barack Obama with whom Colonel Muhammar Gaddafi was eliminated, thanks to the complicity of the NATO bases in Italy, it turns out that there were dirty clothes to wash and to be hidden in the relations between Gaddaf and France which, as long as it was convenient for French colonial geopolitics (which continues to exploit various African countries by virtue of taxes on the French Franc), espionage to protect the regime was a widespread thing.

After the assassination of Gaddafi, decided by the NATO powers, Libya entered a continuous conflict degenerated into the civil war in which France tried to save its privileged position without succeeding too much due to the agreement between Italy (which controls various platforms capturing energy resources) and Turkey which, with the approval of NATO, deployed jihadist terrorists to Tripoli in defense of the Government of National Accord supported by a plan of the American lobbying company Mercury, specialized in international conflicts as well as in the defense of the Big Pharma from lawsuits.

This is why the news of an investigation into French spies in Libya is not only belated but almost useless given the completely changed scenario.

The former chief of Amesys, Philippe Vannier, was charged in Paris last week with “complicity in acts of torture”, according to the International Federation of Human Rights (FIDH), which was confirmed by judicial sources.

Olivier Bohbot, head of Nexa Technologies, and two other executives were charged with “complicity in acts of torture and forced disappearances”.The firms are suspected of selling internet surveillance gear to Libyaand Egypt, respectively, that was used to track down regime opponents.

“This is a considerable step that demonstrates that what we see every day on the ground – the links between the activities of these surveillance companies and violations of human rights – can be considered criminal and lead to complicity charges,” Clémence Bectarte and Patrick Baudouin, lawyers for FIDH, said in a statement.

“This is a considerable step that demonstrates that what we see every day on the ground – the links between the activities of these surveillance companies and violations of human rights – can be considered criminal and lead to complicity charges,” Clémence Bectarte and Patrick Baudouin, lawyers for FIDH, said in a statement. The FIDH filed suit and investigations were opened after the deals were reported by The Wall Street Journal in 2011 as the Arab Spring protests raged in several Middle East countries.

The WSJ report revealed that Amesys had provided Deep Packet Inspection technology to Muammar Gaddafi‘s government, allowing it to surreptitiously intercept Internet messages. Amesys has acknowledged the tech deal with Libya, made in the context of easing ties with the West starting in 2007, when Gaddafi visited French president Nicolas Sarkozy in Paris.

At least six alleged victims of the spying who joined the suit as plaintiffs were questioned by French judges from 2013 to 2015. In 2017, judges turned their focus to Nexa, accused of selling an updated version of Amesys’s software called “Cerebro,” capable of real-time message or call tracing, to the government of Egypt’s President Abdel Fattah al-Sisi.

The FIDH said judges were also investigating the sale of similar technologies to Saudi Arabia. In 2017, French IT firm Qosmos filed defamation charges against FRANCE 24 and a former employee-turned-whistleblower over a report into the company’s alleged complicity in acts of torture in Bashar al-Assad’s Syria and Muammar Gaddafi’s Libya. Qosmos lost the defamation case.