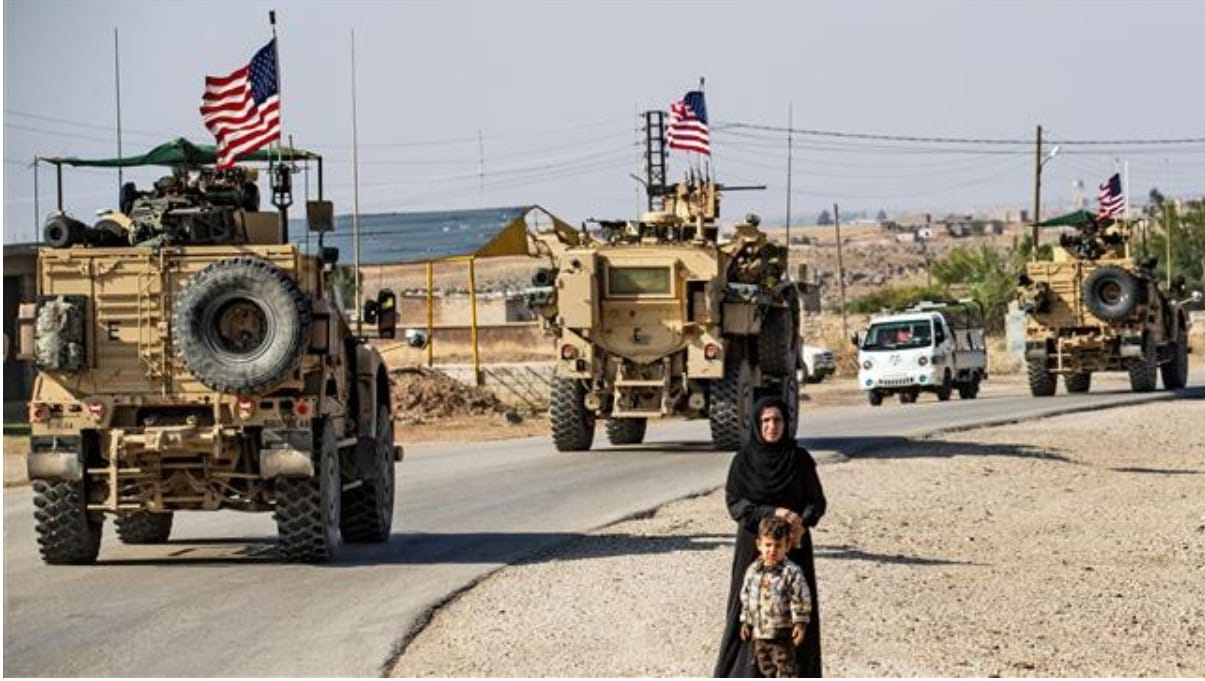 Press TV: Foreign Minister Sergei Lavrov says Russia does not believe Daesh threats in Syria and Iraq have grown significantly, calling on the United States to end its plunder of Syria’s natural resources and fight terrorists instead.

“As for threats from Daesh, I do not think that they have grown seriously in Iraq or in Syria. Both countries have prevented the realization and implementation of caliphate plans designed by Daesh terrorist group,” Lavrov told a news conference on Friday.

“We firmly support the government of Iraq in its efforts to wipe out the remaining pockets of terrorists. We can say the same about Syria,” he added.

Lavrov stressed that Russia is legally providing support to Syrians, while some countries are occupying Syria on the pretext of fighting terrorism.

Syria has vehemently rejected the US-led claim of having contributed to the defeat of the Daesh Takfiri terrorist group as “misleading and detached from reality.”

Russia, which is legally present in Syria at the invitation of the Damascus government, is assisting the country’s security forces and army troops in defeating terrorism, he said.

“In Syria, terrorist groups other than Daesh are active. At the top of the list is Hay’at Tahrir al-Sham and its affiliates,” the top Russian diplomat said.

Lavrov went on to say that the United States and its allies in the military coalition purportedly formed to fight Daesh should foremost eliminates threats, and stop the occupation of a large proportion of the Syrian soil as well as looting the country’s natural resources.

The US military has stationed forces and equipment in northeastern Syria, with the Pentagon claiming that the deployment is aimed at preventing the oilfields in the area from falling into the hands of Daesh terrorists. Damascus says the deployment is meant to plunder the country’s resources.

US sends truckloads of military, logistic reinforcements to Syria’s Hasaka after air raids

Two US convoys of military vehicles, loaded with logistic reinforcement, have arrived in Syria’s northeastern province of Hasakah, after deadly US air strikes on the Iraq-Syria border.

Former US president Donald Trump admitted on more than one occasion that American forces were in Syria for its oil.

After failing to oust the Syrian government through proxies and direct involvement in the conflict, the US government has stepped up its economic war on the Arab country.

Last June, the US enacted the so-called Caesar Act that imposed the toughest sanctions ever on Syria with the alleged aim of choking off revenue sources for the government.

The sanctions, however, have crippled the war-torn country’s economy by prohibiting foreign companies from trading with Damascus.

Official: US troops to stay in northeaster Syria to back anti-Damascus SDF

A senior US State Department official says American troops are going to stay in northeastern Syria, and prop up allied Kurdish militants.

Syria says the real purpose of the measures is to put pressure on Syrians and their livelihoods.

Officials also say the stepped-up smuggling of strategic Syrian resources is the latest inhumane tactic using people’s basic needs as a tool to pressure the government.

Rear Admiral Vadim Kulit, the deputy head of the ministry’s Center for the Reconciliation of Opposing Sides in Syria, told reporters on Friday that the terrorists have transferred several barrels of toxic agents to the city of Harem in preparation for their chemical attack.

“According to our information, militants are planning to stage a false flag chemical attack in the southern part of the Jabal al-Zawiya region to blame Syrian government forces for the use of chemical weapons against civilians,” he said.

The White Helmets group, which claims to be a humanitarian NGO, is known for its coordination with terror outfits in Syria to carry out staged chemical attacks in order to incriminate Syrian government forces and fabricate pretexts for military strikes by a US-led military coalition present in Syria since 2014.

On April 14, 2018, the US, Britain, and France carried out a string of airstrikes against Syria over a suspected chemical weapons attack on the city of Douma, located about 10 kilometers northeast of the capital Damascus.