[ Editor’s Note: The UAE made a big mistake here. Israeli Intel will turn them into a Swiss cheese country in ten years. It’s just what they do if you let them, and they make no apologies as they look at it like “well, you let us”, which is an accurate statement.

The UAE is even going to allow booze and cohabitation between humans, for now. It is going to drive a deeper wedge between them and the mainline Muslim sects.

What does it mean? For starters, the UAE Royals were not the first to use religion as a power tool to control populations. The Catholics have their Opus Dei thugs, and the Protestants their top level of Masons, long just another mob hiding in plain sight, and buying protection from government law enforcement by doing Intel favors for them when needed.

Jews have their Zionist thugs, who hold the gold prize for asset stripping when a bunch of atheist communist Jews crashed in to Palestine with the full financial and military backing of Stalin to take it from the British, who had been allies with the Soviets during the war.

Israel Shamir told me in an interview years ago that the ‘pretend-a-Jews’ that ‘escaped’ Russia to Israel were really just economic refugees. None of them spoke Hebrew, nor had ever touched a Talmud, nor been in a synagogue in their life. They just became a million voters for the Likud party.

Another batch came to the US via Senator Scoop Jackson selling out to the Jewish Lobby for campaign support, where a huge Russian-Jewish criminal underclass poured into the US, mainly around the New York area, and built a criminal empire which later became an adjunct arm of Russian intel to this day. Think Donald Trump.

Dear UAE Royals, You screwed up, and I fear you will pay dearly for it. Good luck, and hang on to your overseas properties. You will need them in the future … Jim W. Dean ] 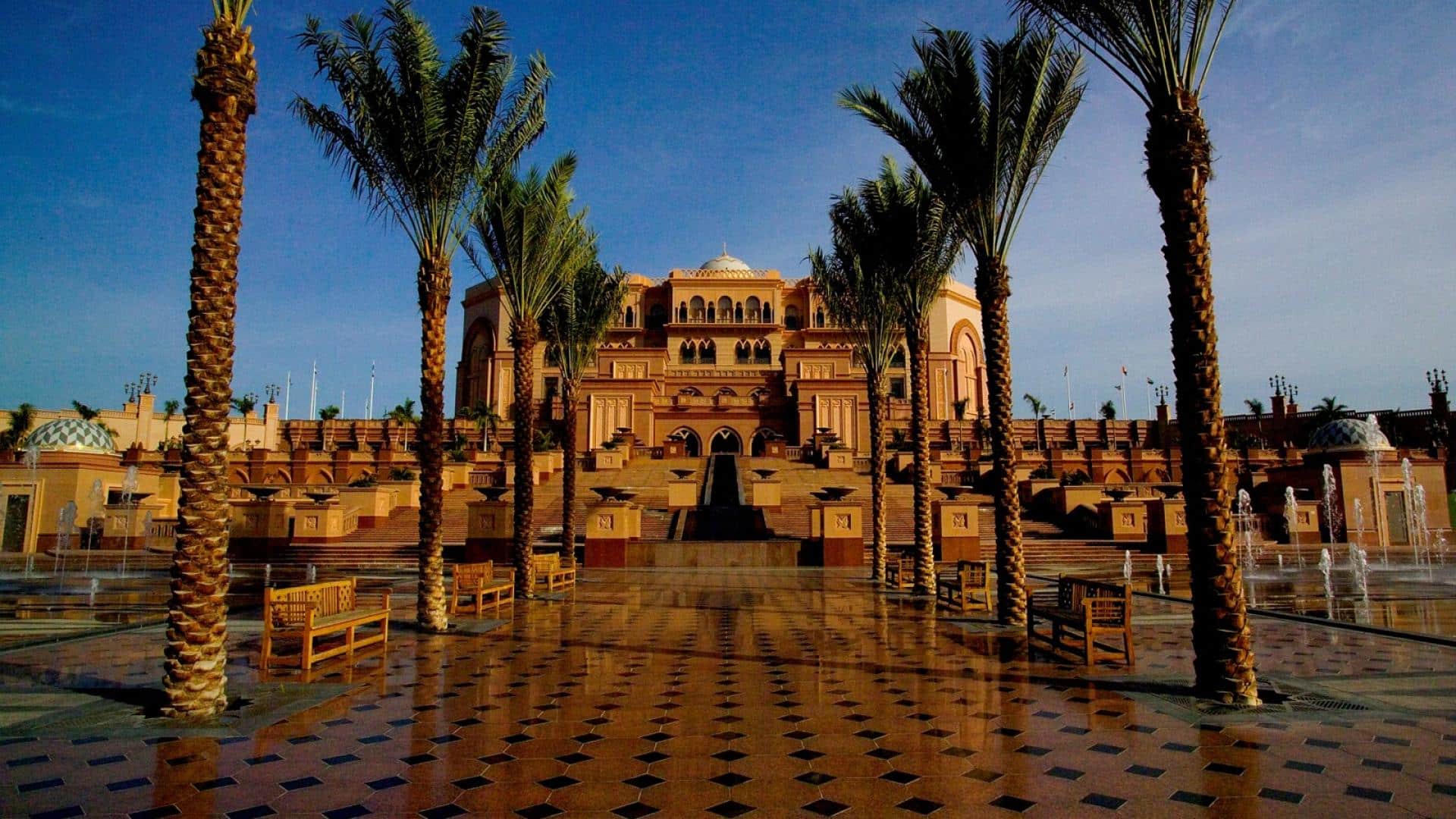 The Palestinian resistance movement, Islamic Jihad, has condemned the UAE for granting citizenship to 5,000 Israelis, saying the measure has brought yet another disgrace on the “traitorous and compromising regime” in Abu Dhabi.

Speaking to Yemen’s al-Masirah TV, Islamic Jihad spokesman Tariq Salmi urged the UAE and other Arab regimes to reconsider their calculations, especially after the Operation al-Quds Sword, which “proved the fragility of the Zionist regime and the strength of the resistance groups to reclaim the rights of the Palestinian people”.

In a Thursday report, the website of Emirates Leaks reported that some 5,000 Israelis have obtained UAE citizenship within the past three months, after the Arab country amended its law on granting citizenship to foreigners.

Citing sources, Emirates Leaks revealed an influx of Israelis into the UAE, especially Dubai and Abu Dhabi under the cover of investment.

The sources said UAE authorities allow citizenship for investors and entrepreneurs without the need to give up their original nationality. With an Emirati citizenship, the Israelis would be able to cross the Persian Gulf and Arab countries without a prior visa, according to the sources.

Earlier this year, the United Arab Emirates announced plans to grant citizenship to foreigners as part of efforts to stimulate its economy amid the coronavirus pandemic. The Persian Gulf country said last November that it planned to overhaul its religious laws, including loosening alcohol restrictions and allowing unmarried couples to cohabitate.

The UAE and several Arab countries normalized ties with Israel under US-brokered agreements last year, when former US President Donald Trump was in power. The move drew a strong round of condemnation from across the world, particularly the Muslim world.

‘Struggle to continue until full liberation of Palestine’

Elsewhere in his remarks, Salmi said the struggle against Israel will not be over until every single inch of the Palestinian territory is liberated.

“The Arab and Islamic world must reveal this enemy’s aggressions and atrocities, and support the Palestinian nation,” he said.

He also denounced the Saturday night Israeli bombardment of the Gaza Strip as well as the regime’s continued violence and land theft in occupied Jerusalem al-Quds as “failed attempts” to force new rules on the Palestinian resistance.

“Al-Quds is the symbol of [Palestinian] identity, the axis of conflict and the door to victory, and the Zionist regime will never be able to disrupt this equation,” the spokesman said.

Salmi also slammed the new Israeli cabinet as “weak” and “unstable”, adding that Palestinians, through their resolve, are capable of thwarting plots to destroy their cause and the Israeli regime’s settlement expansion plans.

According to Hebrew newspaper Israel Hayom, Israel’s interior minister Ayelet Shaked met with members of the Yesha council, the umbrella organization of Jewish settlements in the West Bank and Jerusalem, last week and conveyed the Israeli cabinet’s pledge to continue settlements in the same way it was done under former prime minister Benjamin Netanyahu.

Israel has continued its policy of land appropriation in recent weeks, in spite of warnings by the Palestinian resistance groups in the besieged Gaza Strip about the repercussions of such moves after an 11-day war on Gaza in May.

The war came after Israel’s repeated assaults against Palestinians in the West Bank, in particular the forced displacement plots in the East Jerusalem al-Quds neighborhood of Sheikh Jarrah.

More than 600,000 Israelis live in over 230 settlements built since the 1967 Israeli occupation of the Palestinian territories of the West Bank and East Jerusalem al-Quds, all of which are illegal under international law.